Six kilometers, too far to get water

Across the world, 844 million people don’t have access to clean drinking water, and more than 1,000 minors die each day because of illnesses due to a lack of clean water. Without clean, easily accessible water, families and communities are trapped in poverty for generations. Children drop out of school, and parents fight to make ends meet.

Big steps have been taken, making clean potable water accessible to 2.6 billion people in developing countries from 1990 to 2015. However, there is still a long way to go, as the United Nations signals by recognizing the importance of addressing the world water crisis and especially by echoing that call on such important days as World Water Day, March 22. To that end, World Vision has made it one of its priorities to provide proper access to water, sanitation, and hygiene, and it is currently the main NGO providing potable water around the world, bringing potable water to one more person every 10 seconds.

A race for water

Initiatives like the Global 6K For Water  get thousands of people to join forces and stand in solidarity by participating in the largest race in the world for access to clean water. In addition to being held in Madrid, it will simultaneously be held in various cities across Spain and more than 20 countries around the world that weekend.

The cost to sign up for this sports benefit is €10. That way, each runner will be giving one person access to potable water for 1 year.

The race wouldn’t be possible without the support of business sponsors and collaborators, whose donations are directed to specific projects by the NGO. This way, the main sponsors are committed to real, specific projects with World Vision, as is the case with Ferrovial, which is already working with the organization in Zimbabwe to restore and improve access to proper, safe facilities for water supply and sanitation in 5 medical centers and 2 primary schools.

Furthermore, it’s key for beneficiaries to be protagonists in their own development. To that end, hygiene messages will be distributed to all of the patients in the medical centers, as well as the beneficiaries at the primary school. The children are agents for change in their communities, and there are plans to work with them so that they can spread messages about hygiene and health in their homes, and with it sway changes in habits around hygiene and health in their communities.

Julius Tugume was a star. “He was handsome and energetic,” says his aunt, Francisca Mukandamutsa. Francisca, a seamstress, adopted Julius when he was 6 years old. “I took him to my house to give him an opportunity,” she says. Julius’s father had died of HIV, and his mother, Francisca’s sister, couldn’t take care of him. Francisca brought him home after his father’s funeral, and the boy immediately flourished. 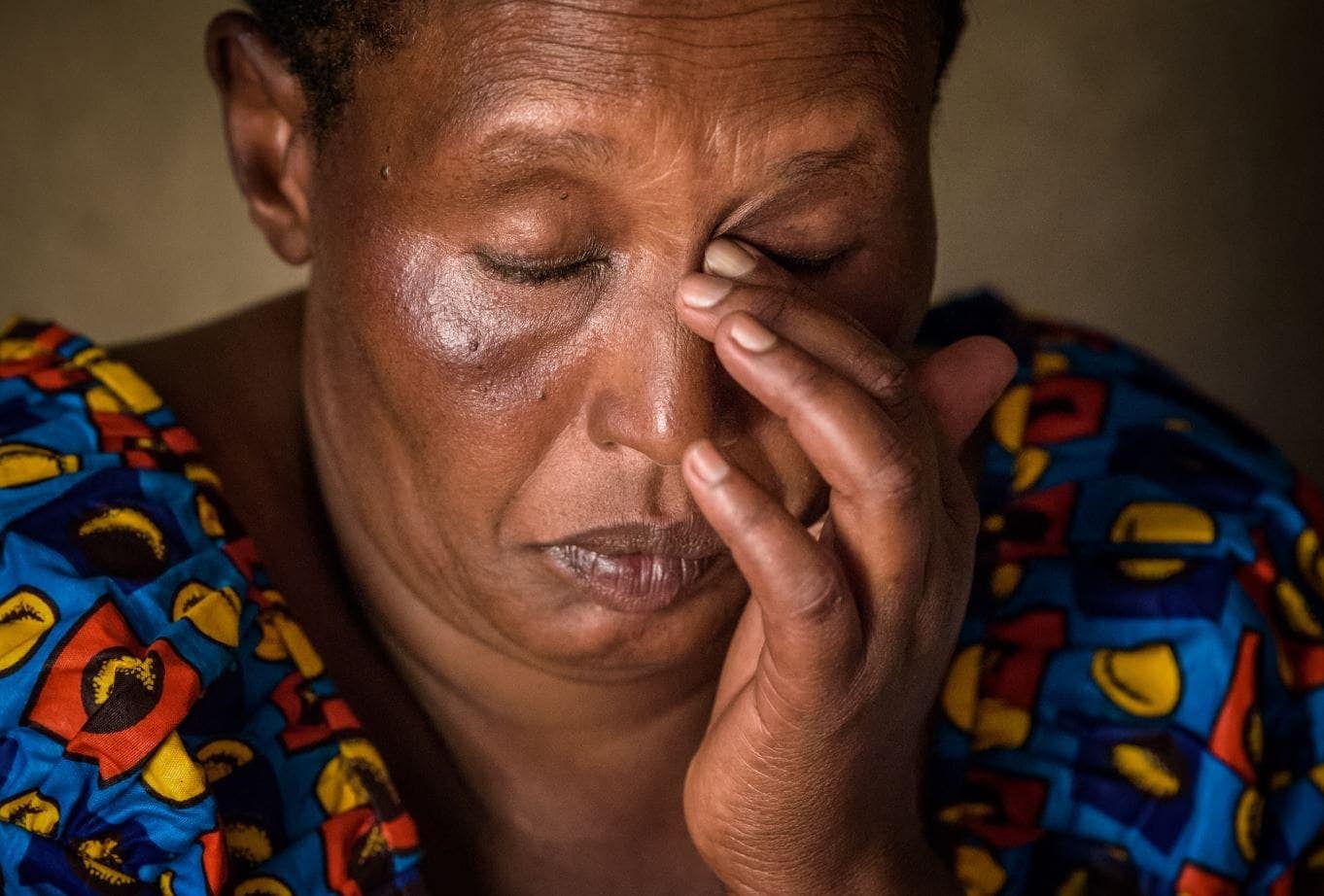 “His grades were above average,” says Edward Sakure Ndahiro, principal of Bihinga School, where Julius went to school. “He was a genius.” At 17, the young man got an 82% on national exams, a grade so high that when the principal announced it, its importance was readily apparent.

Julius never found out his grade. The test results came back after he drowned in the pond. His best friend, Desire Zigirinshuti, 17, was there that day in November of 2017. The two had been inseparable ever since they met. “If I ever needed anything, I just went to look for Julius,” says Desire. That day, the kids went out to get water, and Julius went too far out. The pond has a muddy bottom with deep holes. “We don’t know how to swim, so we couldn’t save him,” he says.

The family lost a good kid, as did the school and the country. That’s what happens when there isn’t access to potable water. We all lose.

“We were very close,” says Julius’s friend Justin, 15. “He always encouraged me to read. He had a lot of great ideas,” his friend Elise, also 15, tells us, adding, “He used to study a lot. He was smarter than all of us. He would teach us.” 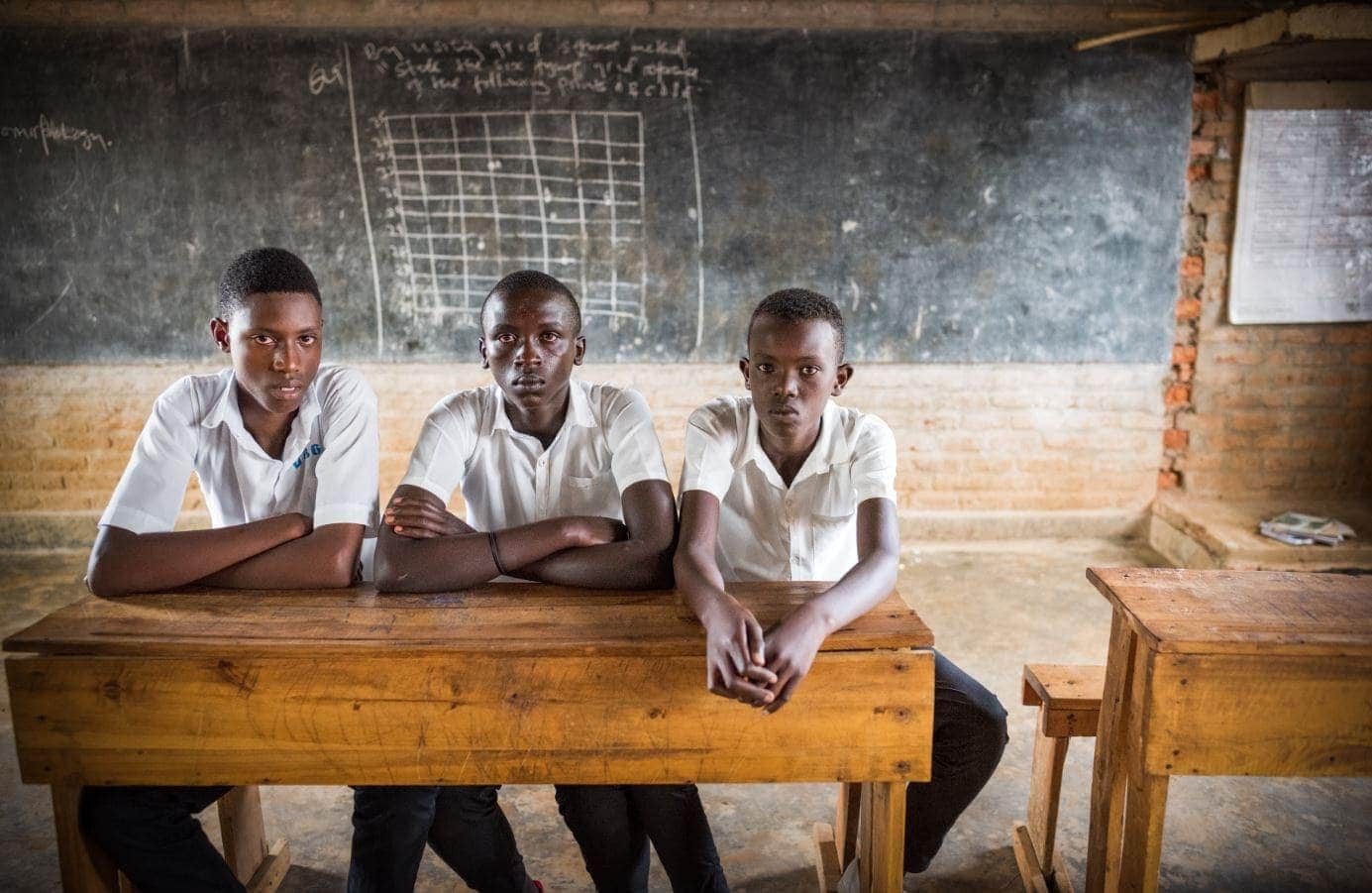 A nation can’t prosper without water. At this very moment, almost 6 million of the 11 million people in Rwanda do not have access to potable water. That’s why the NGO is embarking on a project of enormous proportions in collaboration with the government to carry potable water to all the inhabitants of Rwanda by 2022.

It is an ambitious goal, but it can be done for three reasons:

Progress has rapidly accelerated since 2012, when World Vision started its water, sanitation, and hygiene program in Rwanda, installing pipes to serve thousands of people at once. Currently, more than 300,000 Rwandans have clean water and improved access to sanitation. Another 130,000 have benefited from facilities for handwashing, and the latrines have improved as a result of the campaigns for changing sanitary habits.

The organization has total support from the government to meet its lofty objectives, which will serve children like Esther. “Their goals are our goals,” says Prime Minister Edouard Ngirento. “We’re working together in harmony.”

“We lost Julius, but World Vision is working so that other kids like Julius won’t die,” says Francisca.