Is having a good public transportation system really so important?

What is the most important thing that you want when you work in an urban metropolis? Sure, we all want good living accommodations, a high salary and chance to rise within the ranks. But one thing that most people today lack is time.

How often did you complain about not having time to do all that you want to do? How many times have you listened to friends and co-workers complain of the same? Well, for life in the big city, one of the best ways to save time is to spend as less time as possible commuting. And this is why you should consider cities with the best public transportation system as your new place of employment.

It actually is. Nobody likes to constantly be late, be it for work, a night out, date, family gathering or anything else. And this is something people often tend to neglect when they are looking for a new location to move to. However, cities with the best public transportation system should be one of the deciding factors when you plan a relocation, especially when moving to a distant place. 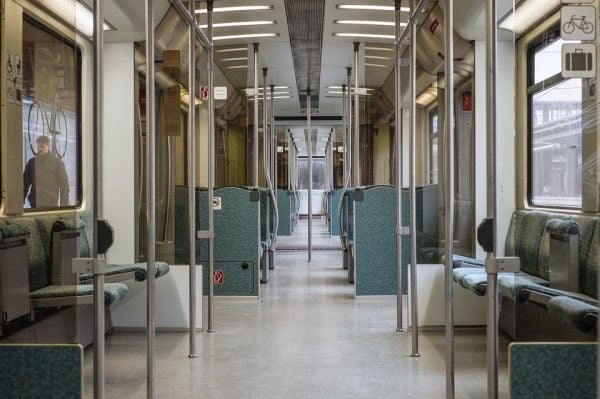 We tend to forget just how essential public transportation has become.

According to research by the U.S. Census Bureau, the average person in the US will spend 25.5 minutes commuting to work. And this is just a one-way ticket. So, on an annual basis, the average American will waste over 100 hours in traffic. And when you consider that this is more than two weeks of vacation time (80 hours), it’s shocking. What’s even worse is that this number continues to rise as the years pass and cities expand. There is some salvation and cause for optimism with the fact that more and more people can work from home nowadays.

However, all this still beckons the question – how are large metropolitan areas handling this? Well, here are 5 examples of cities with the best public transportation system. They have been handling the battle with transit time for a while, and continue to do so in the best fashion:

The capital of our great nation, Washington holds a tight grip on public transportation throughout the DC area. The Washington Metropolitan Area Transit Authority ensure that both buses and underground subways function at optimal capacity. With over 200 million trips on an annual basis, the DC subway system (also known as Metro or Metrorail) is the 2nd largest ridership system in the US. And the bus systems does not fall behind so much, with over 130 million trips every year.

Being so large in size, combined with the organized network of it, Washington is the obvious choice when it comes to cities with the best public transportation system. The simple fact that the average commute to work lasts 36 minutes (ten minutes less than national average) speak for itself. The only downside of the transportation system here is the price. With a monthly fare of over $230, the capital has some of the highest fares in the US.

The city of San Francisco has always been a promoter of public transportation. After all, the historic cable cars that run up and down the hills of San Francisco have become a trademark for this growing metropolis. Today, the number of these cable cars has drastically dropped to tourist use. However, it is a strong reminder of how San Francisco and the entire Bay Area came to be and develop. Now, the most significant part of San Francisco’s transit system relies on buses and commuter trains. Two organizations are worth mentioning here:

The historic cable cars in San Francisco – a symbol for one of the cities with the best public transportation system. 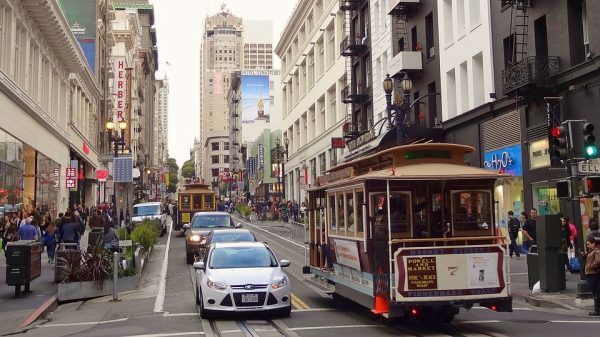 The historic cable cars in San Francisco – a symbol for one of the cities with the best public transportation system.

The T (subway system) of Boston is well-known to all locals. It consists of five separate lines and an intricate network of bus routes that spread throughout the Boston metropolitan area. The Massachusetts Bay Transportation Authority (MBTA) handles around 390 million rides per year. And with the 5th highest percentage of commuters in the nation (34 percent), Boston definitely earns its place among the cities with the best public transportation system. So, if you are contemplating on relocating to Massachusetts, this is something to keep in mind.

Since we are looking at classical examples of exceptionally organized public transportation, we can’t skip over Chicago. The Windy City has one of the oldest transit systems in the US – operational since 1892. With an average range of 800 thousand rides per week, the “L” trains of Chicago present the third largest city rail system in the nation.

The average commuter in Chicago will spend 43.6 minutes to get to work on a daily basis. And this is 10 minutes less than the average driver in the Windy City. And when you compare the monthly transit fee (around $100) with that of other large cities in the US, you realize why Chicago is on this list.

When we discuss the cities with the best public transportation, we can’t skip over the Big Apple. Size and capacity speak volumes in favor of NYC. And this is one of the things you should know before moving out of NYC. With the largest number of passengers by far (a ridership level of 2.5 billion in total, 1.7 of which is just the subway). And so, it is no wonder how “The Subway” has become synonymous for New York, both for American and the rest of the world. 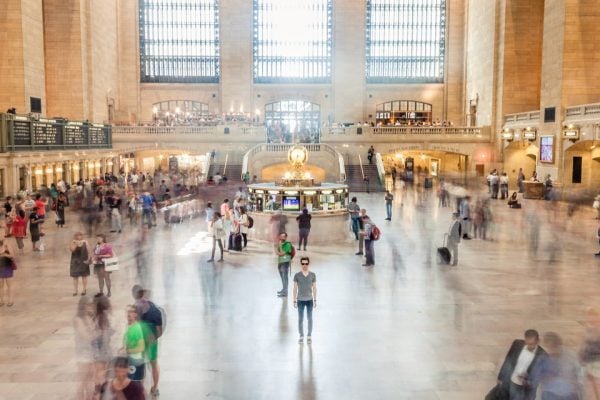 You can’t mention the subway and public transport without mentioning NYC.

Even in spite of this overwhelming volume and complications with the transit lines, the city remains vigilant in keeping everything in motion. This is one of the many reasons why people still consider public transportation the best way to get around NYC.