How Close Are We to Printing 3D Houses?

One day of printing and $4,000. That’s the current financial cost of the fastest, most affordable 3D-printed housing. At least in theory, since it’s still under development. The startup ICON introduced this potential solution for fast access to housing for about a sixth of the world’s population, focusing on poor communities or those affected by natural disasters like tsunamis.

The 3D printer, which weighs a ton and uses cement “cartridges” has significantly lowered the cost of printing a two-bedroom, one-bathroom home. However, these solutions are currently not competitive due to technical problems, such as the use of a material with very specific properties, blockages in the pumping system, and an increase in refraction fractures that occur when the high-strength cement needed meets the extremely high hydration heat.

We should consider it as an idea for the future, but when will these projects finally get off the ground? Will we build cities in this fashion? If so, that is still years into the future.

We’ve been hearing about 3D-printed houses for years. The first patents for small 3D printers date back to the 1980s, and Hideo Kodama’s is often referenced as a starting point for modern technology. Nearly four decades later, “ink” printers have become so large, powerful, mobile, and fast that they can now print concrete. 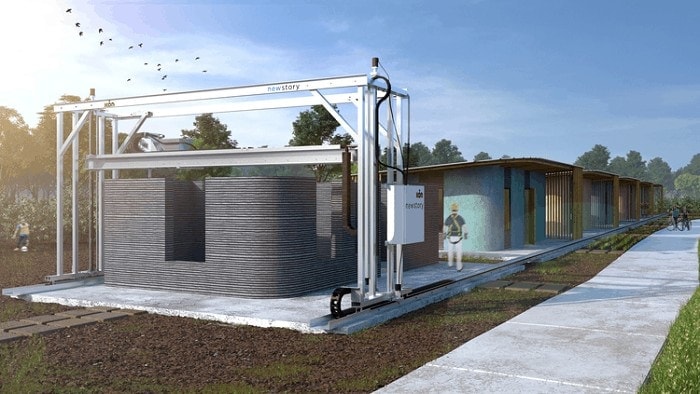 But the advancements that have been made, while undoubtedly significant, currently only allow for printing small houses. The reasons are easy to see: if your traditional printer only supports A4 paper, we can print that size, as well as in A5, A6, A7… but not A3, as it’s bigger and doesn’t fit on the printer.

If the printed houses are so small at the moment, it’s because taller or wider sizes don’t fit in the machine. In addition, building at different heights requires a solid, well-designed structure. Today’s printers can’t create reinforcement methods that are strong enough.

The size of the “print arm,” the end that pours the concrete before it hardens, is what determines the maximum construction distance. This is true for cage-like 3D-printed houses, like the ICON model shown above, as well as the traditional Apis Cor crane below.

In the video above, we can see a solid metal bridge being printed or built by the company MX3D. In 2015, this brand managed to print a pilot bridge in metal, and in less than three years, they have managed to move from ill-defined bars filled with small defects to careful designs. As we can see, the bridge is of a considerable size, and other types of constructions have nothing on it.

That said, we spoke to staff who visited the company facilities, including Francisco Javier Royo (Ferrovial), and “the reality is that they wanted to do 3D printing on location in Amsterdam, but in the end, the city backed out. They had to print the bridge in a workshop.” In fact, “the print times are very high, and in countries like the US, where the possibility of using welded parts is heavily penalized, this project wouldn’t be workable.”

The structure of metals is not easy to use for printing, whereas mortar is, as it is almost fluid in the printing phase (yet it still poses the same problems mentioned previously). That’s why materials similar to metals, such as bulk metal glass or BMG, are being researched. Yale University has been working with them for years, and perhaps now is the time we can use them to build with robots.

Robots that print and set up walls

Ultimately, the goal is to automate housing construction. Most construction projects, whether large or small, have zero accidents during the construction phase thanks to safety systems. Nevertheless, keeping people from having to be onsite would be the perfect safeguard. Can robots handle it? 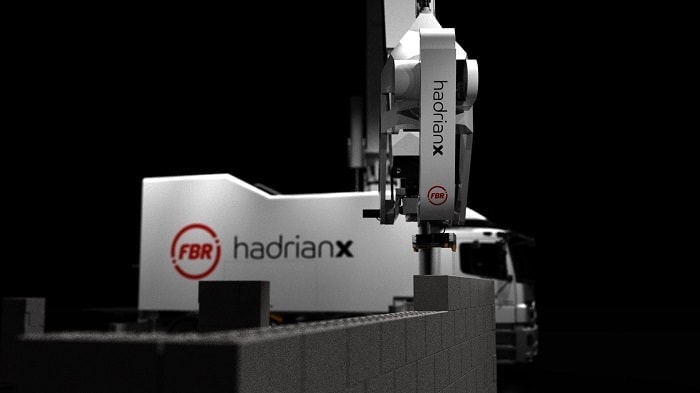 Work is in progress on this, and everything seems to indicate that robot builders like Hadrian X  (above) will arrive on the market at a reasonable price in the next decade. This robot-truck can handle stacking bricks. Combined with a 3D printing system that adds binding material, a house can go up in under 48 hours.

3D printing with concrete as such is a great idea for small homes and fast construction. However, if we are looking to imitate traditional structures, we need to incorporate machines that can work with metal, as well as masonry (stacking bricks). But we also need to add other machines that can run the facilities.

They say that one of the hardest jobs to automate is that of the plumber. The manual dexterity it requires is not suitable for robots, and for the time being, pipes and carpentry in 3D-printed homes are done by humans. The same could be said of electrical systems and the installations required for elevators. Could we “print” an entire house? What about a hundred-meter-long bridge? 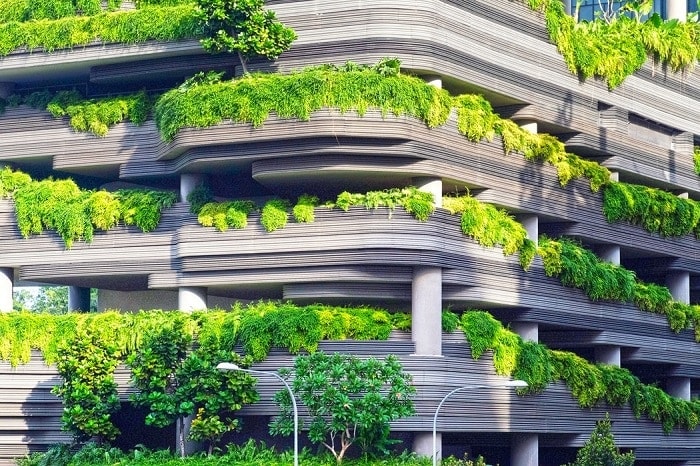 Creating housing for climate refugees just to put a roof over their heads quickly isn’t the same as designing homes that have the level of comfort we seek not even for the cities of the future, but for those of the present.

Construction is a complex profession that is full of setbacks, though it is true that most stem from the human element. Unlike a human, a robot doesn’t make the same mistake twice because it is corrected in the next iteration. In other words, the next generation of robots can avoid mistakes made by the previous one. That’s something that is very hard for people, who do their best with creative license.

That said, we still have a long way to go before we’ll see houses printed by a constellation of robots: one that prints pipes, another network cables, a third one building elements, etc. So far, all 3D printing construction projects have aimed at fast housing (rather comfort or luxury) using a single material with a single robot.

Though they may be simplified in future designs, houses have dozens or hundreds of different materials that require printing robots and assemblers that don’t exist yet. Individuals without housing will have access to housing with bathrooms in the next decade, which is already a breakthrough in some parts of the world. But as for printing houses as we now know them? We’ll just have to wait a little longer.