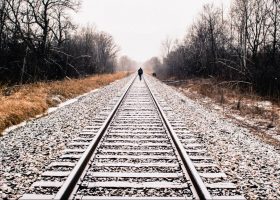 The transformation of Ciudad de los Ángeles, in Madrid’s Villaverde district, is an example of institutional collaboration, participation and consensus wit...

A total of 80% of hotel buildings in Spain are over 20 years old so it seems logical to think that the potenti...

There are hundreds of them all over. From the heart of Slovenia and Croatia to the Adriatic coasts. From the heights of Montenegro to Macedonia. They are the ghosts of a past and a future that ceased to exist long ago. Structures that were abandoned over the years and are reminders of a country and a world that is long gone.

Hundreds of futuristic structures buildings were erected across the countries that made up what was once Yugoslavia. Josip Broz, Tito, the dictator who ruled the country from the end of World War II to 1980, had these built for decades. Their Western-inspired design also reflects the socialist values of the Eastern Bloc; today, they are ghostly relics dotting the Balkan landscape (this collection by National Geographic photographer Sylvain Heraud is the best example).

The planet is full of abandoned structures and ghostly buildings. Some are nothing more than ruins, while others have become haunted sites that take on tales of dark spirits and legends. For others, you only have to hear about their real past to make your hair stand on end.  What better to celebrate Halloween than by remembering the histories of these six abandoned structures?

The Ghost Town of Pripyat

Empty buildings and deserted streets that gradually fall prey to nature’s encroachment. And a thousand-year-old curse that weighs on its name. Pripyat, in Ukraine, is the definition of a ghost town and is a regular of the lists of abandoned places that will give you goosebumps. So it’s the best place to start.

The 36 hours following the accident at the Chernobyl nuclear power plant was the last time that the streets of Pripyat were hustling and bustling. At five o’clock in the evening on April 27, 1986, the city was deserted.  Hundreds of thousands of neighbors had left their homes, planning to return in three days. But they never came back.

Today located in the so-called exclusion zone that surrounds the plant´s remains, Prypiat is now only visited by tourists in search of a ghostly photo.

And A Haunted Bell Tower

Ghost towns abound in the witches’ domain. And not exactly because of rural depopulation (which is another story). In Galicia, it’s not uncommon to hear stories of bell towers that appear out of nowhere on specific days; bells ringing, even if no living being has approached the church. But as in the case of Prypiat, there is also a logical explanation behind the ghost stories.

During the second half of the twentieth century, the northwest region of the Iberian Peninsula was a primary target of reservoir fever. Valleys were flooded, and entire villages disappeared, with more or less resistance from their inhabitants. But the stones stayed. The Fervenza Reservoir in Dumbría, A Coruña, and the Belesar Reservoir in Portomarín, Lugo, both hide away ghost towns that drought occasionally brings to the surface from the waters, leaving images like this.

A Forgotten Airport in the Pacific

On its way to Japan, hours before dropping the atomic bomb on Hiroshima, the Enola Gay stopped to refuel in the middle of the Pacific. Hundreds of miles southwest of Hawaii, the Johnston Atoll still holds the structures that sheltered many aircraft besides the notorious American bomber. After World War II ended, the Johnston Atoll Airport stayed in operation.

During the last decades of its life, it became a storage place for hazardous waste and was kept operational under the control of the U.S. military until 2004. Since then, the runway has not been maintained, and ghostly memories have taken over the place. Even so, due to the island’s remote location,  wildlife has taken over once again and flourished since humans left the place.

The hospital where no one knew Hitler

Beelitz-Heilstatten was the largest hospital complex in Germany in its day. Designed to be a tuberculosis ward, it had 60 operational buildings.  But the tumult of the 20th century had another fate in store for it. During World War I, it served as a military hospital. An unknown Austrian corporal, Adolf Hitler, recovered from his wounds there in 1916, which would change the course of history for this building again two decades later.

During World War II, after the corporal had become dictator of Germany and half of Europe, the hospital fell into the hands of the Soviet army. After the fall of the Iron Curtain, the hospital grew, new buildings were added, and the old ones fell into disuse. Since 2001, they have been completely abandoned, though they are used as movie sets every now and then.  A good part of the medical material, and the stories behind them, are still there.

The Haunted House at the End of the World

The beginning of the end started in the town of Höfði.  The book was closed on the conflicts witnessed by the previously-mentioned abandoned buildings after the end of the Cold War. And the first step was taken in a haunted house at the end of the world: the Höfði mansion on the outskirts of the Icelandic capital of Reykjavik.  Ronald Reagan, President of the United States, and Mikhail Gorbachev, his counterpart in the Soviet Union, met there in 1986.

Built in 1909, the house was almost destroyed by a terrible fire a century later, but it has been restored and is still used for some official events. The ghostly air of this building doesn’t stem from its history or its state of abandonment, but the real existence of a ghost. Or at least that’s what a government spokesman went so far as to say.

According to the neighbors, the house is inhabited by the spirit of a young woman who lost her life there shortly after it was built. Others claim that the mansion was erected over an old Viking cemetery and that the ghosts of the sons of Odin go after the bar furniture on stormy nights. In the country where elves change the layouts of roads, anything is possible.

Spirits on the Platform

Madrid’s century-old metro, the historic London tube, and the labyrinthine rails of New York. Many of the world’s great subway networks have their own ghost stations. Some, like London’s,  have no less than 80. But let’s round out this post with a slightly less well-known station that has its own legend.

And there are those who say that between the stations of Sagrada Familia and Sant Pau on line 5 of the Barcelona metro, if you look closely out of the window, you will see a crowd of faceless people waiting for a train that never stops. They are the old passengers of the Gaudí station, built in 1960 but never used. Today, in addition to being the setting for Halloween stories, the abandoned station is used for statistical purposes by Barcelona’s city council and is used for Christmas decorations for the TMB, the city’s metropolitan transportation company.

The transformation of Ciudad de los Ángeles, in Madrid’s Villaverde district, is an example of institutional collaboration, participation and consensus wit...