What’s Ahead in 2021? The 5 Factors That Will Set Our Course 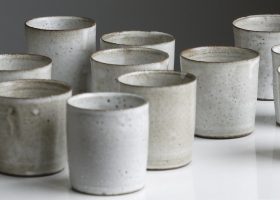 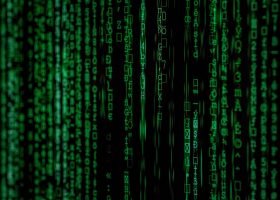 The change in seasons marks the end of the year, a year that’s seen the worst global crisis since World War II – the COVID-19 pandemic. This change also lets us turn to the future with renewed hope. The year ahead will be shaped by the global implementation of the vaccine, countless political challenges, the economy’s recovery, and major changes in the climate and in tech. This path is as promising as it is challenging.

Vaccinating the world’s population will have a decisive impact everywhere. There will be multiple barriers in the vaccination process: approving the vaccine, how long it lasts, the population’s willingness, and the geographical scope of distribution. These variables will play a key role in preventing the virus from continuing to spread.

The turn in American politics

Joe Biden’s arrival at the White House will not only represent a turn in American politics but also in the country’s international relations. Biden will attempt to reestablish alliances with Europe and Asia. The new government will take office with a host of challenges in immigration, foreign policy, health, and social justice.

The historic agreement between the United Kingdom and the European Union

Since the start of Brexit in 2016, few imagined that negotiations would last up to four years, coming to a close on Christmas Eve – seven days past the deadline. The trade agreement between both parties, which took place under extreme conditions, will prevent a chaotic scenario and clear up many uncertainties about the future. Still, there are many negotiations ahead in this new trade agreement.

New elections around the world

General elections will be held in Ecuador, Peru, Chile, Honduras, and Nicaragua; legislative positions are on the ballot in Mexico, Argentina, and Russia. Federal positions will be elected in Germany, as will parliamentary posts in Catalunya. This year will also mark the end of the “Merkel era.” Her replacement will play a decisive role in the course of European relations.

Asian countries have recovered faster than expected, especially China. However, experts predict uneven growth in the global economy. The OECD’s worldwide forecasts predict a 4.2% recovery of GDP in 2021. For the U.S., those predictions are at 3.2%; the Eurozone is at 3.6%, Spain 5%, Brazil 2.6%, Chile 4.2%, Australia 3.2%, Canada 3.5%, and the United Kingdom at 4.2% in 2021. These forecasts are subject to a high degree of uncertainty, but the world economy is expected to pick up its pace in the next two years.

Furthermore, there’s cause for hope: €1.8 trillion will be injected into the economy through the European Recovery Fund. This aid could build confidence in the market and encourage re-entry after the major shrinkage in 2020.

A decisive commitment to the environment

Never before have green initiatives received such decisive commitment. These include decarbonizing the economy, using renewable energies, and shifting towards more sustainable mobility. The European Green New Deal, the Clean Energy Revolution program, and the U.S.’s return to the Paris Agreement are just a few instances of how much political involvement we’re seeing. This year is slated for ambitious goals like reducing greenhouse gas emissions and adopting energy and climate strategies for 2021-2030. We’ll also see an intense race in terms of projects related to renewable hydrogen. This would allow us to continue moving forward in the energy transition.

The closure of offices and workplaces ushered many companies into a new era of remote working. This has underscored the importance of developments in computer technology. Big-Data analysis, cybersecurity, and artificial intelligence are just a few of the new tech trends that will gain the most ground in 2021. This will also be true for voice assistants and maximum development on 5G networks. Mobility will also undergo a major transformation along a smarter, more sustainable path. Challenging projects like the Hyperloop will come closer to being a reality.

Now’s the time to take stock…

Beyond what’s in store for us, we’ve learned that the way the world works can change in unforeseeable ways and that only cooperation and resilience among countries will help us overcome disasters. This new year presents us with an even greater challenge: deciding what kind of world we want to build after the pandemic, both for ourselves and for future generations.