In June 2013, I landed in Chile with two suitcases and a heap of concerns, expectations, and uncertainties.  In Chile, June is winter, but that day was a sunny one. I’d left home 21 hours earlier, leaving my wife and son behind. They would come 6 months later.

The company had sent me with the idea of developing the construction area in Chile. After much thought, we accepted the challenge. I came to this huge country, to a local office that hadn’t asked me to come and develop a business that they hadn’t been able to – all with no guarantees of continuity or success.

The first wrong assumption: “Building abroad is bad business. We don’t know how to build outside of Spain. Construction doesn’t travel well.”

The first wrong assumption was repeated ad nauseam before my departure. I’d left home, my comfort zone, to see if it was true or not.  A leap of faith that I’d accepted because my boss, whom I consider my friend, had offered it to me. And if he offered it to me, it was because it was good. That was what made me accept the challenge.

When I arrived in Chile, my first task – besides looking for a house, a school, and the endless red tape of bureaucracy – was to tour all around the city and see all of the sites that I could. I tried to open my eyes and learn the differences between construction in Chile and in Spain. I wrote down companies, phone numbers, rates, and data, looking for business opportunities, learning, and researching.

The second wrong assumption: “It’s impossible to get construction contracts in Chile and earn money.”

I heard this second assumption over and over on my arrival to the local office’s headquarters. “You can’t get clients, only Chilean companies can.”

After two unsuccessful attempts, we got the first project contracts. Three, almost all at once. The solution we went with was to specialize the building team. When the time came to put together the teams to work on the contracts and start building, the first thing I did was call the people I’d worked with in Spain. Enormously skilled construction and production managers who were brave enough to stick their necks out and come to my aid. Almost everyone answered the call.

I always had support from my superiors in this task. We assembled the structure with professionals like Alberto, David, Germán, Nuria, Sara, and Osvaldo, and later came Santi, Guillermo, Joserra, Javier, Pablo… Before us was the challenge of starting construction in a new market with demanding deadlines, and the new teams were watched with a magnifying glass.

The reflections I had at that time are quite interesting. We started hiring Spanish engineers because it seemed like we spoke the same language. But Chilean technician is the same or better, just with different training. Spain trains under the French generalist model, while Chile uses the Anglo-Saxon specialist model.

Over time, I learned that you don’t have to make the country’s team adapt to you. It’s better to adapt yourself to that country’s way of working, always striving to combine the best of both worlds to be more efficient.

We had to think long-term. We copied one of the keys to Ferrovial’s success in Spain: we spoke with universities and signed agreements to take on recent graduates and train them from scratch. So we started hiring so-called centennials. If millennials are stigmatized, centennials have it all the worse.

Third wrong assumption: “Young people don’t make an effort like we did. They’re not committed or motivated. They’re going to switch companies the first chance they get. You’re wasting time teaching them.”

This is most certainly not true. Six years have already gone by, and we have technicians who are extraordinary production managers and could lead a project like construction managers. We have great chief technical officers, programmers, quality managers, environmentalists, and the list goes on. They all have a global vision because they’ve held several jobs.

Almost everyone is still with us. Everyone is fully committed and highly responsible, and they all love this company. We have the same number of people with the same level of drive that they showed in the first university internship interview.

What the new generations are asking for is motivating work, stimulating environments, and technical and professional evolution. We offered them voluntary enrollment in 60-hour BIM courses that ended at 10:00 p.m. and in PowerBI and Access courses at exhausting hours. They all signed up. We also asked them to move from one job to another for one-time fill-ins, and there were never any problems. The work that the project managers and team leaders had cut out for them in training these people was enormous. And the fruits of their labors show.

Now, these new generations are proposing advanced automated Dashboards, BIM models linking costs and programming, on-line protocol solutions, new ways of doing things more efficiently, and so on. This generation is bringing about a revival of sorts, making the projects and the company work better. They work digitally and collaborate innately; there are no closed circles. They make us better, more productive, and more effective. They’re the future as well as the present. They’re the best talent pool we could ask for.

“Youth today love luxury. They’re rude, hate authority, don’t respect their elders, and gossip while they should be working.” This quote is often attributed to Socrates, but it’s actually from 1907. It shows us that many assumptions we make are wrong, and they only echo fears or ignorance.

Looking back at my eight years in Chile

The most difficult thing about going to Chile was the sacrifice made by my family. I could never thank my wife enough for her personal and professional sacrifice and her commitment to me.

The most rewarding thing is to see that great things can be done with few resources. To see the people under your responsibility moving forward and doing well-made projects. Soon, I will have been in Chile for eight years out of the just over 20 that I’ve been working at Ferrovial. My greatest professional satisfaction is the teams we’ve set up at this stage.  Good teams can take on any challenge. Getting them together is a job that requires long-term thinking, effort, perseverance, and dedication, but you end up reaping the rewards. 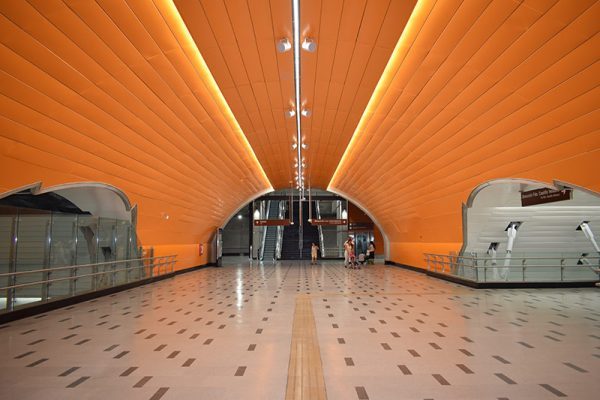 It’s also gratifying to see that you’ve done your part in creating infrastructure that helps society. Seeing people cry when the stations we built were opened, the teachers taking selfies in the new buildings where they will teach, the judges taking pride in the new courts that will open…  that sticks with you forever. 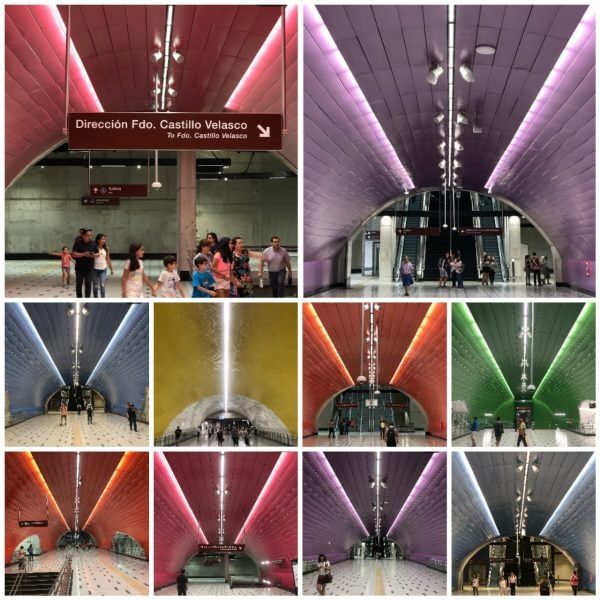 As one anecdote on generational change, the last intern we interviewed didn’t ask about salary, lcoation, or hours. He said that what attracted him to this company was its environmental policy, and  he asked if he would be able to apply environmental measures at the site where he was working. New generations don’t want luxury. They’re polite, they appreciate learning, and they are responsible at work. They are the future.

In short, get out of your comfort zone and have faith in young professionals and the country. Take the time to train them. That way, you and your company will grow. Question all assumptions you make. Think twice about what people tell you – don’t underestimate them, but don’t assume they’re hard truths. Give without expecting anything in return, share without expecting compensation, be clear about your objective, and follow your path, despite the obstacles that arise or are imposed on you. Be honest with yourself and with others.

And, in case anyone asks, you know what they say about assumptions.