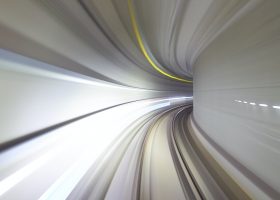 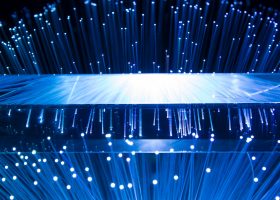 This year, like all the other big tech events in 2020, CES went fully virtual. But that, according to the organisers of the event, didn’t stop more than 2,000 companies launching products at the 2021 edition.

And CES has always been a place to launch new products. If you managed to make to every event since it kicked off in the ‘60s you’d have been one of the first people to see hot new innovations of the time like the VCR (debuted at the 1970 event), the camcorder and CD player (that was 1981), and Microsoft’s Xbox, which was launched 20 years ago at the 2001 event.

Much of the new tech on show this year was building on innovations that many of us are familiar with. Autonomous vehicles and 5G are buzzwords that have been floating around internet forums for quite some time now. But although the terms are familiar, the things that are being done with these technologies are quite remarkable. And CES 2021 helped prove that.

After virtually touring the event, we found a couple of honorable mentions that will help take this tech to the next level in 2021. That includes 5G, autonomous vehicles, electric vehicles and eVTOL vehicles (the short, if not difficult to pronounce way of saying electric take-off and landing vehicles).

5G will be everywhere

5G has been talked about so much you would think we’d be ready for 6G. But much of that talk has been hype. Now it seems, 5G is beginning to make its way into our daily lives, thanks to some clever technology and innovative uses.

2021 is likely to be the year all new consumer electronics implement the technology. Motorola and TCL launched 5G smartphones and HP, Dell and Lenovo launched their own 5G equipped notebooks.

But 5G is also making a splash in the world of mobility. It’s potential to herald an age of driverless cars is not to be sniffed at. 5G gives those driverless cars a way to communicate with each other.

Harman, who’s parent company is Samsung, added 5G to their ExP concept car to up the entertainment game inside their cockpits. The 5G aims to add reliability to the entertainment experience. But Samsung also debuted a new telematics control unit (TCU), that will give vehicles the ability to speak to each other.

5G’s ability to allow all vehicles, but especially autonomous vehicles, to speak to each other is something that Ferrovial’s innovation department is now developing thanks to the company’s Aivia initiative.

Electric vehicles continued to make a splash at this year’s event, with innovations to be found in the optimization of battery charges as a notable mention to improve sustainability. Meanwhile, Sono Motors aimed to make electric cars even more eco-friendly by debuting a model covered in polymer coated pucks that act as solar panels. These are then combined with a 35kw battery that allows the vehicle to be charged with a traditional electric vehicle charging point.

With Ferrovial’s electric car sharing service Zity growing in both Madrid and Paris, we had a keen eye on this area of development, and it didn’t disappoint.

One stands out from the eVTOL space at CES was the flying taxi concept unveiled by Cadillac (General Motors) a single seater twin rotor eVTOL that has us dreaming of a future of flying taxis and cars.

We expect to see plenty of innovation in this space over the coming years as advances in technology and design by current eVTOL pioneers invites others into the market.

If you’re interested in reading more about eVTOL, check out Ferrovial’s collaboration with Lilium, where the company will design a network of vertiports in Florida to accommodate these eVTOL vehicles.

Intel aims to bring self-driving cars to everyone by 2025 through its self-driving cars subsidiary Mobileye. Additionally, Caterpillar unveiled an autonomous mining platform, and a UK report predicted connected and autonomous vehicles to be a 41.75 billion pound market by 2035.

An exciting year ahead

Innovation and a drive towards sustainability have us the most excited after CES 2021. And it’s evident that much of the innovations in this space will make full use of the 5G networks available to them. Some of the innovations still require long term thinking, but as with all tech, progress is moving at lightning speed. Who knows what the next edition of CES will bring us.