Warszawa Zachodnia Train Station (or Warsaw West) was finished in 1933 as a major connector of the capital to the rest of Poland, part of the creation of the Warsaw Railway Junction. It was designed with utility in mind and today hosts between 800-1000 trains a day. It is a pity that it has been rarely modified since its completion, although a tunnel for pedestrians was added in the 1970s.

I am lucky enough to have grown up in Warsaw. I am even luckier now, after 13 years in the field of Construction, to be a Site Supervisor on the Budimex Warsaw West Station renovation project. You might ask, “why make the effort? Why go to the trouble of renovating something that is still functional?”

The truth is, renovation has a positive, knock on effect on sites like this; even on the cities themselves. One of the nice things about working in the city I grew up in, the city where I still live today, is having a clear demarcation in my mind between the then and the now; the before and the after. Even something seemingly innocuous, like building a tunnel under a road to replace an over-ground rail crossing (one of my earlier projects) has made a difference to the neighborhood. Once there was this one positive addition, people started painting their houses and making an effort to improve their area. It is the opposite, positive reflection of the Broken Windows theory: Positive improvement elicits positive acts.

There are a lot of other specific things I could mention, but not least of them is the human attention to providing for the needs of the elderly and disabled. The mindsets of 1933 were less in keeping with what we would consider to be common empathy now. Accessibility is something that we are definitely improving with things like ramps, elevators, and escalators.

It’s a major project; certainly, the biggest of my career and one of the biggest in Polish History. The contract is worth 2.4 billion złoty (about 500 million euros) and aims to cover the entire site under one roof.

What are the Challenges? 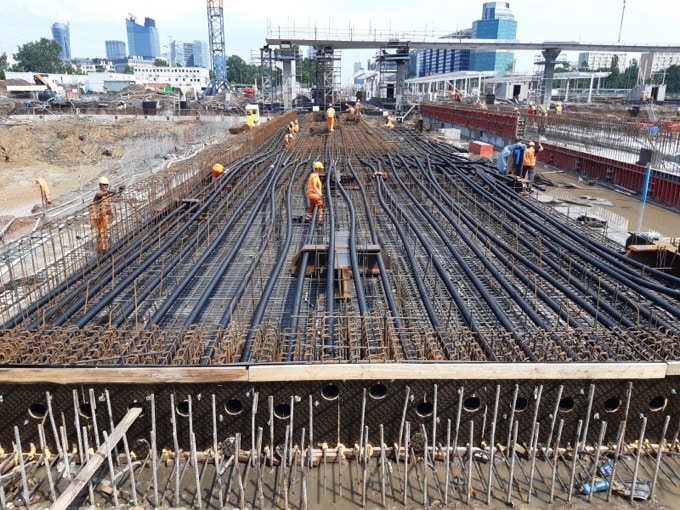 If you want to renovate a house, you might be lucky enough to go stay with some relatives and let builders come in and change everything while you’re gone, like those shows on TV. Renovating a train station is more like doing a place up on a budget while you still live there; moving from one room to the next, using the neighbor’s shower while you wait for the plumber, eating meals in different rooms depending on what’s available.

The conditions of the investors allow us to shut down certain tracks at a time. There are seven platforms within Warsaw West itself and an additional in Warsaw Wola, for a total of eight. We can shut down a few at a time, bring in materials, add a roof. It sounds easy, right? Platforms lie side by side, so you start by closing two on one side and renovating them while the others work; then you reopen them and close the two in the middle and renovate them too. This still leaves the three platforms on the other side.

The middle platforms are the biggest challenge. Remember that the outside platforms are still running, so if you want to bring in materials it has to be done through temporary railway crossings if you want to avoid shutting down the outer lines. This requires a lot of coordination, must be usually done at night, and frequently on the weekend. Have you ever tried to organize a surprise birthday party? A family vacation? A wedding? This is on a whole other scale:

Different departments must work together to ensure that the work is carried out safely, without damaging important infrastructures like pipes and cables. We are also digging the tunnel for the underground tram that will eventually connect the station to the rest of the city, once all this is finished. We need to precisely coordinate who is working on what, where, and when. We are doing a lot of jobs quickly in a confined space.

This is where top-down Construction comes in…. 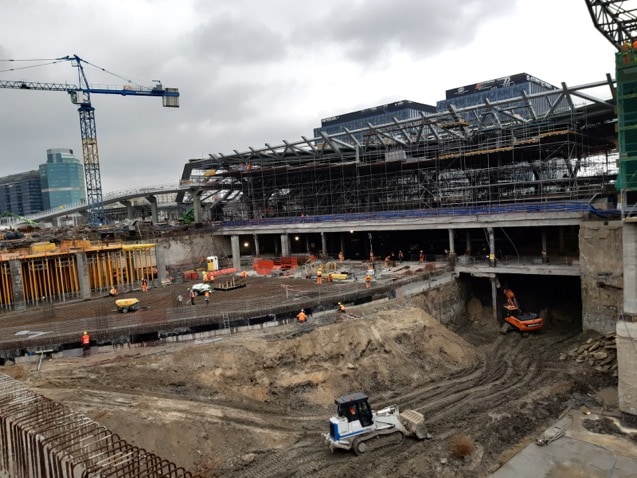 Top-down construction: The top is almost finished, and they are starting work on the bottom.

When you want to build a house, or an apartment building, you use bottom-up construction: you dig a big hole for the foundations, lay the bottom slab, then build everything above it. It’s great for making a completely new building, but for renovation it’s not ideal. We want to resume the functions of the rail station as quickly as possible.

What we have done is top-down construction: Effectively, we have built the top slab first and next we are laying railway tracks and working on the steel roof., while ignoring the middle of the station. Once we are done with the toplayers, we can proceed to deal with the middle of the station afterwards, that means excavating the ground and constructing the bottom slab and middle ceiling. The point of top-down construction is that once the top slab is built you can install the tracks and get the trains going immediately, shortening the down time. 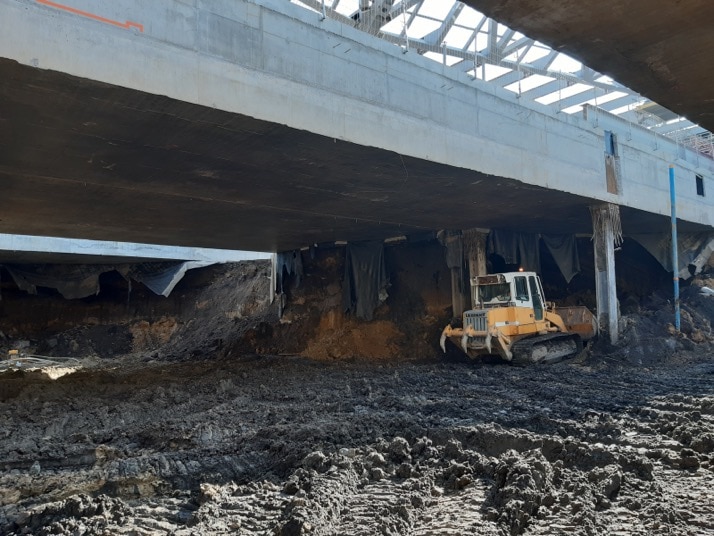 Excavating beneath the finished top slab.

As part of this modernization, we are also adding a footbridge which extends over all the platforms. This keeps everything inside and keeps people away from the elements.

The advantage of working like this is that we can keep the station open longer, restoring the lines as required with as little inconvenience to the public as possible. It shortens the amount of downtime considerably. The public even seem to measurably appreciate it, looking at some of the most recent four and five-star reviews on google maps.

In the end, everything will be under one roof which, if you have ever experienced a negative twenty-degree Warsaw winter, you will appreciate. It will allow businesses to be built in the station: cafes, benches, souvenir shops, book shops. It will give people a place worth coming to while they wait to depart or await their friends and relatives who are coming to visit.

The project is set to finish in 2023. It will be a relief to finish and I look forward to seeing the impact it has on the city and the country, but on the other hand, it will be a shame; it’s not every day you get to renovate a landmark on this scale. I hope you readers out there will benefit from it.