Gen Z is joining the job market. Are we ready?

The second half of the nineties saw two events that may have seemed to have nothing in common but were inevitably linked to the gates of the new millennium.

The first was the expansion of the Internet in homes around the world; the second was the birth of the generation that would be baptized as “Z” years later. There are many nicknames for these digital natives: from “post-millennial” to a derogatory “crystal generation,“ as well as ”Centennials“ and, most obviously, ”Gen Z.”

Locating this generation in time is somewhat more complicated than giving it a name. Some authors identify Gen Z as those born from 1994 to 2010; others say it is between 1995 and 2015, while others identify 1997 or 2000 as their starting point. This array of figures is no more or less than a first clue of what this generation means: change, a break with generational differences as we’ve known them up until now.

The Internet sped everything up: the search for information, communication, consumption… The world fully entered what philosopher Zygmunt Bauman called “liquid modernity,” where change is constant and everything is transitory. That’s why it’s difficult to point out when the first centennials were born. Identifying them is more closely linked to how they relate to technology. A centennial grew up sharing memes, consumes streaming content, thinks that a sticker or emoji on Whatsapp can sometimes convey more than words, and might identify the older generation as boomers.

And it’s likely, dear reader, that Gen Z brings to mind the image of a teenager glued to their phone. While you’re a little off track, you’re not totally wrong. In reality, centennials might be that teenager, but they are also young people who are starting or have recently started their professional careers. How old is the intern sitting next to you? What generation do you belong to? 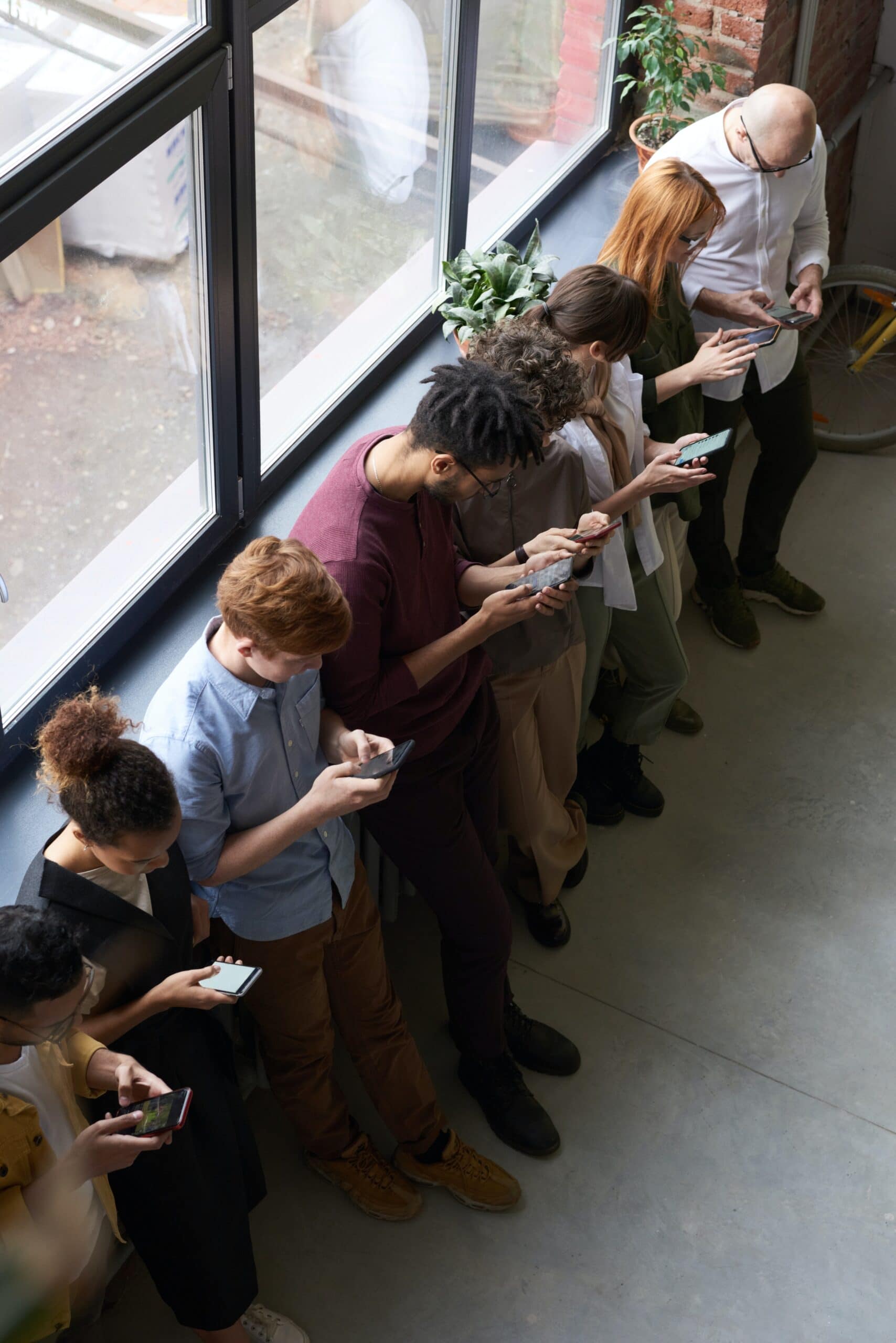 First of all: digital natives

When the first centennials were born, the Internet already existed, and when they were just kids, Apple launched its first iPhone. They’ve grown up hand in hand with the digital age, which has made them its most experienced users. This has shaped how they relate to information.

According to Forbes, Gen Z is mature, creative, and, above all, self-sufficient. This self-sufficiency has been supported by early access to the Internet: for example, 33% recognize turning to YouTube tutorials to learn. They also quickly adapt to the challenges of digital society, such as information overload or the speed with which it is transmitted. In a world of headline-focused press, summary videos that last just a few seconds, and short content like posts on TikTok, knowledge is unlimited, but the time to acquire it is not. In his article “Generation Z and Information,” Pepe Cerezo goes over how some studies reveal that attention span and concentration in reading for the youngest generation has been reduced to eight seconds, which corroborates the fact that they have developed “eight-second filters”. With them, unlike for previous generations, young people have learned to identify and filter the information they’re looking for faster.

In general, their informational habits have changed from previous generations. A study by Trifecta Research points out that, of the total time that this generation invests in audiovisual content, 59% is on streaming platforms like Netflix, YouTube, and Twitch, compared to 29% on television. Specifically, the Twitch phenomenon in Spain is paradigmatic for understanding the importance of streaming. In June of this year, streamer Ibai Llanos – the undisputed king of the platform in Spain – rebroadcast an evening of boxing starring other Internet personalities (and singer David Bustamante). He reached audience peaks of 3.3 million viewers, surpassing that of television networks like Telecinco and Antena 3.

The possibility of sharing content is available to anyone, and centennials especially take advantage of it to share experiences. This is something that our colleague Jose García Guaita has already discussed on his blog, “How will we communicate in the future?” He also talked about how we are generating a huge database of experiences where, as he says, “We can almost know what is happening on the other side of the world at this moment.” Perhaps this is what has generated Gen Z’s broad social conscience. According to Forbes, 76% are concerned about humankind’s impact on the planet, 26% do some kind of volunteering, and 60% say they want a job that impacts the world. But what world are they navigating to find that job? 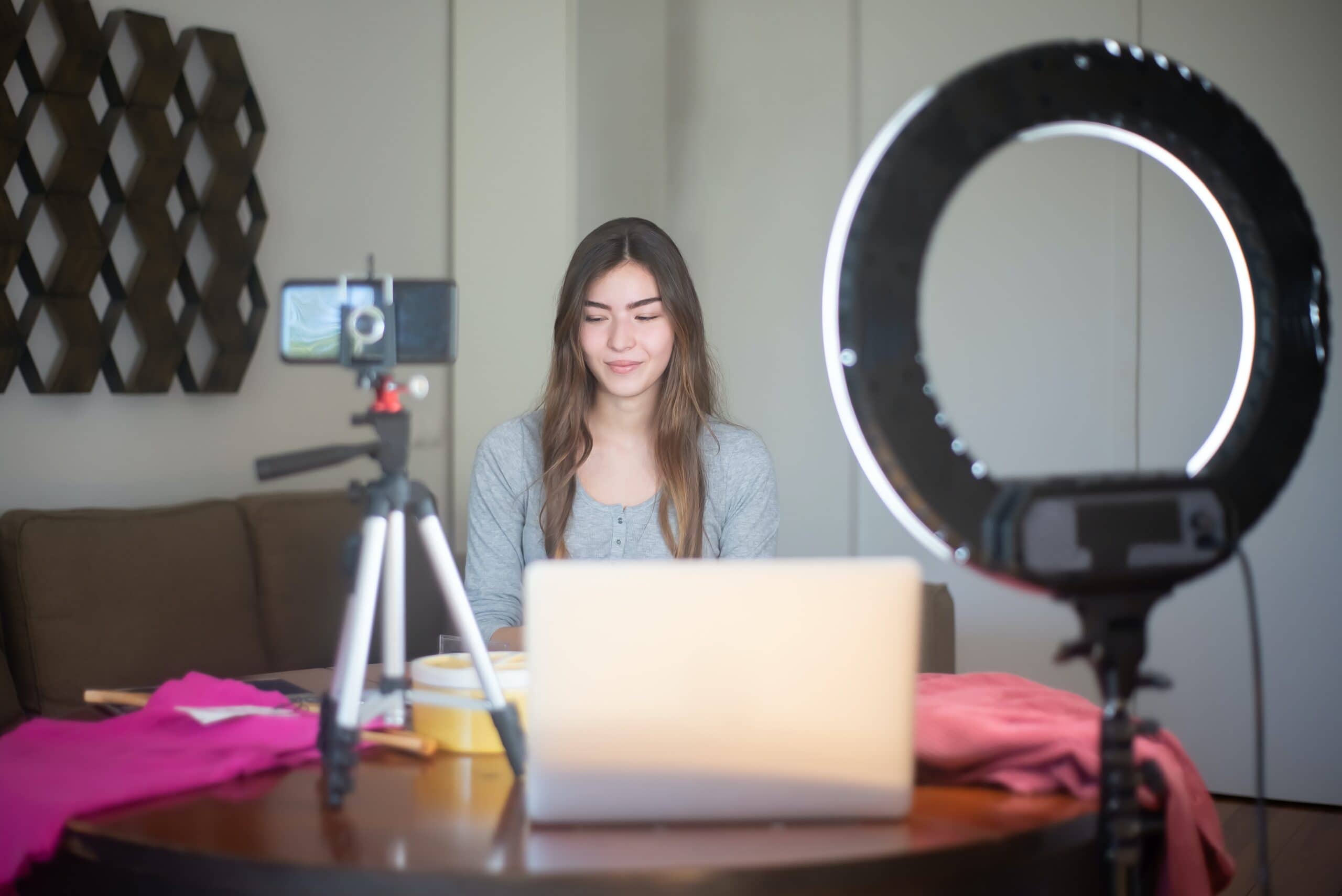 Secondly, their generation is the result of the

Great Recession crisis of 2008 and its effects during the 2010s. It’s said that they’re “the first generation that will live worse off than their parents,” a mantra that has shaped their expectations. After years of crisis and political turmoil, the pandemic arrived, and following it, the consequences of the conflict in Ukraine have yet to be seen.

Growing up in a world going through constant economic crisis has made them pragmatic, less entrepreneurial, and more cautious than their predecessors in the labor market. Some sources characterize this generation as realistic. Some 71% consider it important to find a stable job as soon as possible, and 70% believe that they will have to work more than their parents to achieve the same standard of living. At the moment, they know that what lies ahead of them is a job market where they will be interns not just once, like their millennial or Generation X peers, but several times. But to define what a Gen Zer is looking for in the world of work, the key word is stability.

The next is probably values. Generation Z has grown up in a world in crisis, but also one that is increasingly diverse and where social roles are changing. Looking toward this generation of broad social awareness, Deloitte has made it clear: if companies want to attract them, they will have to be sustainable, combat climate change, actively participate in social causes, and get back personalized attention for their employees.

And what sort of workers has this created?

With all these elements, it can be easier to get to know that intern (or, with some luck, junior), dear reader, that we mentioned at the beginning of this article. As digital natives, those colleagues have a high mastery of digital tools and an ability to learn quickly (and, in many cases, autonomously) about them. As a result of the changes in how information is transmitted (in a more diffuse, fragmented, and heterogeneous way), it’s also likely that they will be adept at multitasking at work, handling different tasks with varied content rather than focusing on a single thing constantly.

You will also find a creative partner in them: they’ve grown up in a digital environment where modifying and creating content on social media is a basic part of daily life. They will also be down-to-earth and analytical since, in this context of uncertainty, this will help ensure a job well done.

Deloitte says the future is calling for the return of Renaissance people in workplaces. These jacks-of-all-trades are interested in and take on talents, interests, and areas of knowledge of all kinds. Nowadays, the Internet and a world of constant change have created the perfect storm to bring them back, and they are already taking their first steps in the job market.