The roads over fire and ice that lead us to an old, abandoned airplane

In 1973, a United States Navy aircraft made a forced landing on a black sand beach in Sólheimasandur on the southern coast of Iceland. The crew survived, but the plane was badly damaged and abandoned there.

Today, the so-called Sólheimasandur plane is still there, soldiering through long, cold winters and summers where the sun doesn’t set. It has become a tourist attraction; for travelers, though, the greatest adventure is braving the roads that lead to its location.

The story of the Sólheimasandur plane

Winters in Iceland are long and dark. The weather changes rapidly, and large blizzards and snow storms can come out of nowhere. This can make it difficult for both driving and, of course, aviation. While there are different versions of the story, many agree that on Wednesday, November 21, 1973, the flight of the Douglas C-117D was faced with difficult weather conditions.

This plane, owned by the United States Navy, made its first flight in 1944. Some 29 years later, its last hours in the air were spent delivering supplies to the Hofn Hornafjördur Airport. On the way back to the Keflavik Airport, the crew found themselves in the midst of a storm. 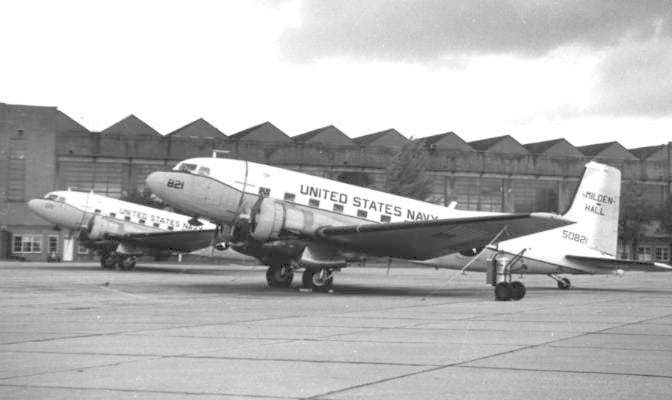 An image of a Douglas aircraft belonging to the US Navy. RuthAs (Wikimedia Commons)

At the ship’s helm were Captain James Wicke, co–pilot Gregory Fletcher – a young man still in training with just a few hours of experience in aircraft of this type – and five other crew members. It is not known for certain if the engines failed or if the bad weather and poor visibility simply forced them to descend. What we do know for sure is that they set a course for the coast to avoid colliding with the mountains, and they ended up making an emergency landing on the black sand of Sólheimasandur.

The seven crew members survived and were rescued an hour later by a helicopter that took them safely to the military base. The Navy considered getting the plane back, but its location (more than three kilometers from the nearest highway) would have made that operation difficult. Finally, the military took all the items that could still be used and left the structure there.

Roads over fire and ice

Over the last 50 years, the wreckage of the Sólheimasandur plane has been visited by thousands of visitors and covered with graffiti. It’s also riddled with bullets: for some time, Icelanders used it for target practice.

The truth is, getting to the Sólheimasandur airport is not particularly easy: getting around Iceland in general never is, especially in winter. The country has only one main road called the Ring Road circling the island. However, even this main road is not totally paved and has long stretches of dirt and gravel. 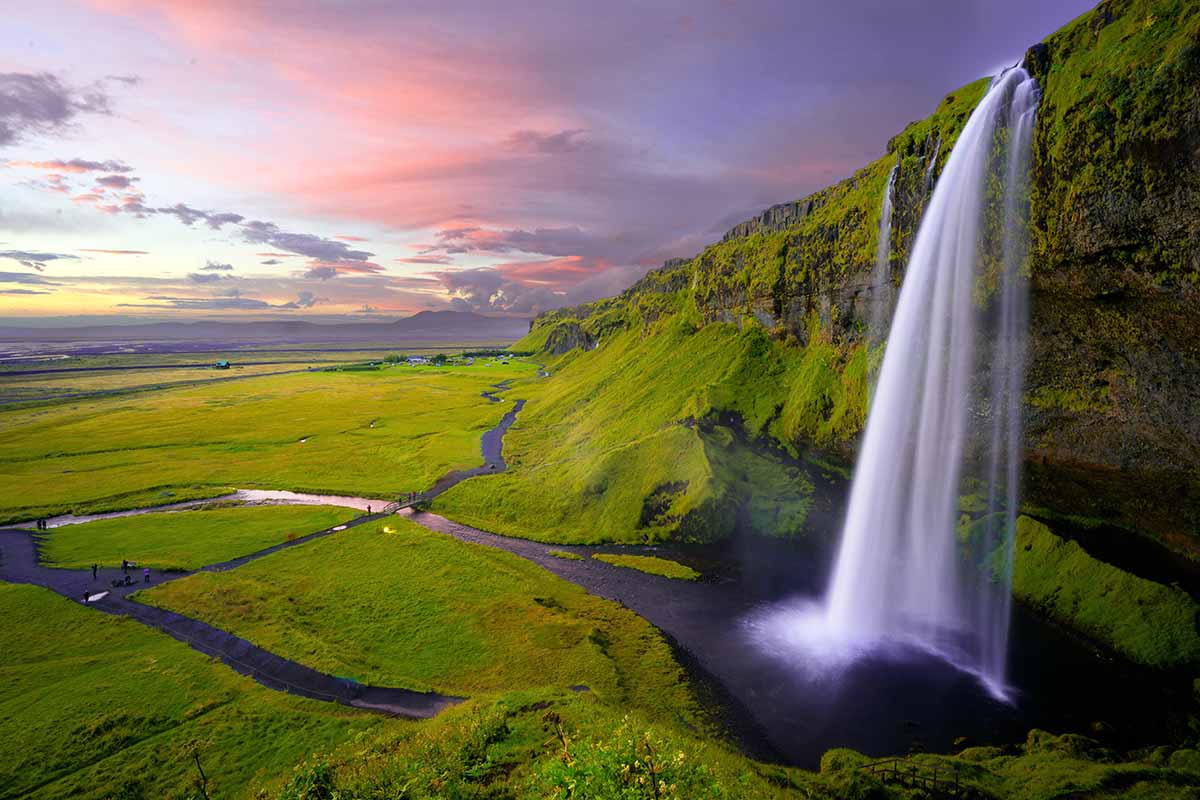 Picture of the Seljalandsfoss waterfall in Iceland. Robert Lukeman (Unsplash)

By traversing this network of complicated paths across plains, around volcanoes, by glaciers, and up to fjords, you can access the many secrets that Iceland hides.

A question of coordinates: Where is the Sólheimasandur plane?

The simplest way to get to the Sólheimasandur plane is to put the coordinates into a GPS: 63 27.546 – 19 21.887. To get to this point, you have to drive along the Ring Road until you find a signposted parking area. It is not currently allowed to drive between the Ring Road and the plane; this trek must be made on your own two feet. 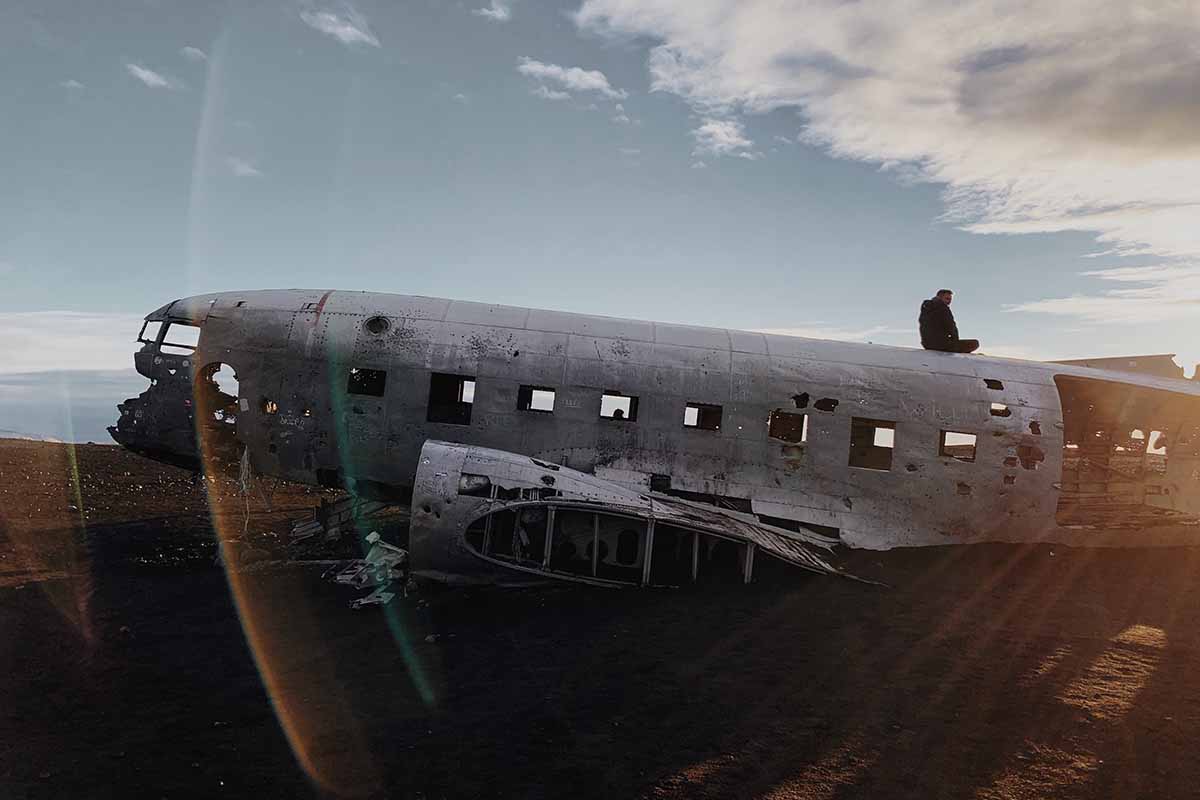 Until a few years ago, it was possible to get to the plane by car, but the increase in tourism in Iceland has put increasing pressure on ecosystems, so vehicular access was prohibited. It is estimated that, in 2012, just over 640,000 international visitors landed at Keflavik International Airport. In 2019, before the pandemic began, the figure had risen to close to two million.

This increase in visitors poses a challenge for a country where just over 360,000 people live and where most roads are closed for several months due to inclement winter and the impossibility of performing maintenance tasks. With one exception: the Ring Road is the only road that is open every day of the year (except due to exceptional situations).

Of course, authorities warn that the walk to the Sólheimasandur plane is dangerous in winter. They recommend taking a guided tour or, even better, putting that visit off until summer.