Forget dog-eared maps, picking up hitchhikers and coasting into gas stations on an empty tank – the car journeys of the future will be very different. Freelance writer Kit Muckle travels into the future to 2050 to reimagine the roadtrip.

Classic roadtrips – East-west Kerouac-style through smalltown America, hugging dramatic coastline and chugging across the dusty outback Down Under, pootling through ancient European byways or on the Hippy Trail into Asia – have always been far more than a journey from A to B.

Cinematic-style odysseys of the open road, full of adventure and discovery, fun, freedom and flat tyres, wrong turns, side-trips and mishaps. It is simply the most exciting and liberating way to explore the world at your own speed and in the comfort (or discomfort) of your own vehicle.

But as our cars evolve, as our roads and the ways we use them are fast-tracked to the future, the classic roadtrip must also move with the times.

Forget Cadillacs, Jeeps and ol’ jalopies, the vast majority of cars in 2050 will be very different: in the way they look, the way they are powered and the way we control them. In fact, will these autonomous silver, space-age transportation pods really be cars at all?

Let’s face it, the demise of the automobile as we know it has its pros and cons.

Sunday drivers adore their elegant and romantic rides, while petrolheads are exhilarated as they throttle down or with their smudged faces buried under a bonnet. They are also arguably the fastest and most flexible mode of affordable private transport.

But consider the pollution, the traffic and the more than a million who die in accidents globally every year.

Whatever cars are like in 2050, we know there will be a lot more of them – estimated at around three billion vehicles, compared with a billion today.

Roadtrips in 2050 will likely be taken in a self-driving car, hurtling along the highway without anyone at the wheel. Without a wheel most probably. Our vehicles may still require a ‘driver’ to monitor what is happening and intervene if necessary, like a plane in autopilot mode, but otherwise we can sit back and relax.

Fully automated cars will be in constant digital conversation with all other vehicles and the road itself.

In congested areas, cars may group together in formation like a squadron of Spitfires. Or they may move in ‘trains’ at high speeds just inches from the vehicle in front. Tailgating will be de rigeur. It will be life in the fast lane, but not quite as we know it.

After reaching daily destinations on our roadtrips, cars will be able to park themselves quite happily. 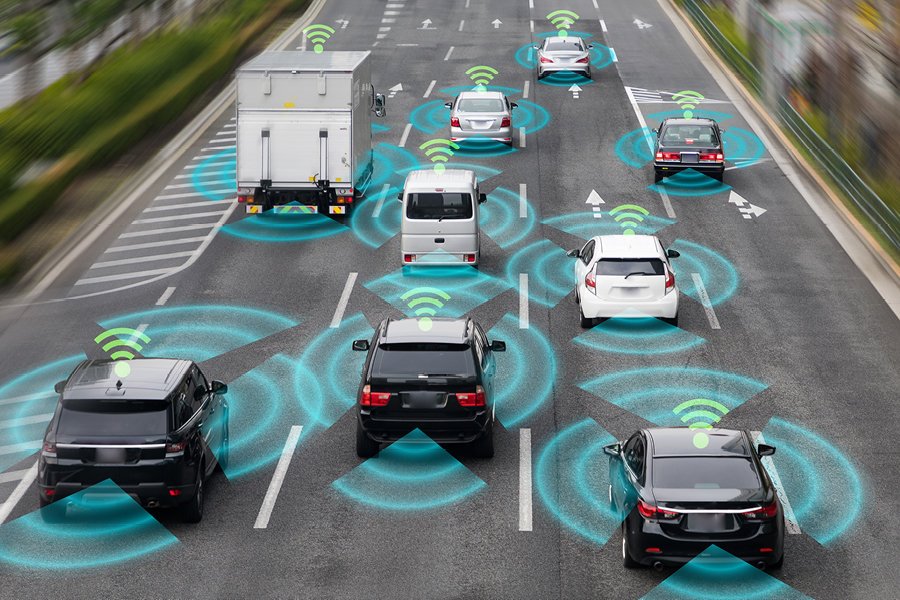 Something beginning with ‘www.’

What we do in a car to while away long journeys will also change. Twiddling the dial to find the local radio station, playing I Spy with the kids and a family singsong may become things of the past: replaced by playlists, online gaming and binge-watching boxsets.

Our vehicles will cease to be sanctuaries where we can switch off and get away from it all. Cars will be fully-fledged, connected digital spaces by 2050, where all travellers can work, do our shopping, access entertainment and everything else the internet enables, and no doubt a whole lot more that we haven’t even thought of yet.

By the middle of the century, there will be 700 million electric vehicles on our roads, with EVs accounting for more than half of all new cars. Our odyssey is likely to be an electric trip.

Electric car range will routinely top 500 miles by then, but we will still have to allow time and find places along the way to, quite literally, recharge our batteries.

Charging points will be a more common sight than filling stations – we will be able to spot them approaching by spinning sails of a windfarm or the shimmer of a field full of solar panels.

Although there is a good chance that, by then, cars may be charged simply by moving along the highway, through wireless power transfer.

Roads made from solar panels that allow cars to charge while driving are already being prototyped and tested by top technology firms. The electricity generated will also power the hundreds of millions of roadside gadgets and sensors that we will see (and won’t see) all around us – in buildings, in vehicles, in roadside furniture and in the roads themselves – as well as road signs, cameras, lighting and the wider power grid.

Highways and motorways in 2050 will be super smart, with highly sophisticated systems driven by machine learning and artificial intelligence automatically monitoring and controlling traffic, varying speed limits and instantly issuing tickets to people who break the rules.

With our road systems overseen by a centralised, foolproof algorithm, gridlocks and snarl-ups will be a thing of the past and journey times will be exact. 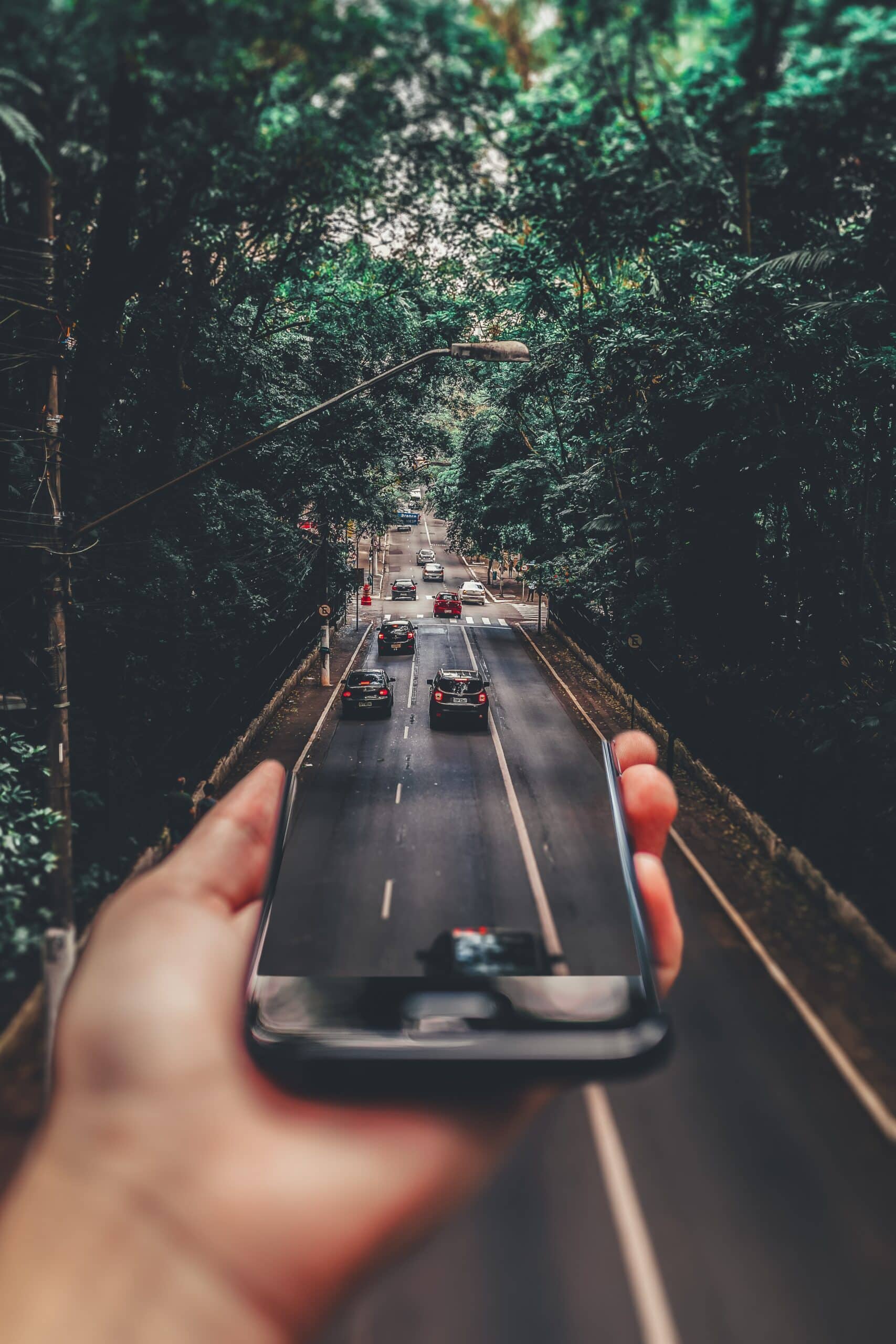 When paired with autonomous cars, these intelligent transport systems will be able to coordinate vehicles, making accidents virtually non-existent. With the scope for human error greatly reduced, motoring in 2050 will be much safer.

Researchers at several UK universities are even working on a road surface material that can fix potholes and cracks by itself.

Not that the roads will be in such a poor condition. Roadtrippers will still be ‘driving’ box-shaped cars, with seats inside and wheels, but they may be made from sleek, super-lightweight, contoured carbon fibre allowing them to virtually skim across the smooth surface.

Big trucks and other freight transport will be almost totally automated by then and may even have moved underground. The tunnels and automated delivery vehicles of the $3.4 billion Cargo Sous-Terrain project in Switzerland, for example, plans to remove lorries from highways.

Roadtripping in 2050 will be unrecognisable. Let’s hope the technological advances enhance the experience, new types of adventure emerge and ways always remain to get off the beaten tracks and find the roads less travelled.