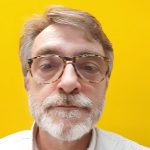 I'm the Operations Manager for Controlled Landfills in Catalonia. I started at CESPA GR in 2000 as director of the Can Mata landfill. Years later, when this company joined Ferrovial Group, I became the manager in charge of this landfill and its extensions; this means I was also in charge of start-up and subsequent operation of the light packaging plant built onsite at the landfill and Ecopark 4 of the Barcelona Metropolitan Area, which we built nextdoor. I studied aeronautical engineering at the Technical University of Madrid's school of engineering (ETSIA). Years later, when management began to be set up in terms of activity instead of territory in Catalonia, I took on my current position.