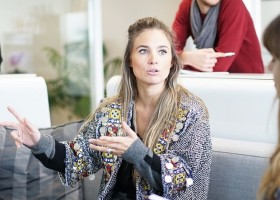 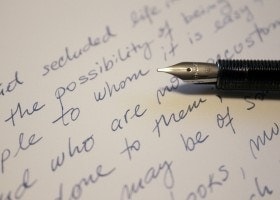 Thursday the 6th of October marks National Poetry Day in the UK. This day which celebrates all things poetic was founded in 1994 by William Sieghart, the British entrepreneur, publisher and founder of the Forward Prizes for Poetry. 12 years on, National Poetry Day has got millions of people across the UK reading, writing and listening to poetry. A variety of live events take place across the country, as well as different online activities. The day has a new theme each year to highlight specific poets and styles of poetry. The theme for 2016 is “messages” and the Forward Arts Foundation are asking people to #sayitwithapoem across social media. One of the biggest celebrations this year is National Poetry Day Live, a free event taking place at London’s Southbank Centre featuring Mercury winning artist and poet PJ Harvey amongst other acts.

To celebrate National Poetry Day here at Ferrovial, we have compiled some of our favourite poems that are inspired by roads. It is interesting to see how each of the poets interpret the metaphor of the road, using it in different ways to conjure different emotions. In some of the poems the symbol of the road is used to represent doubt or uncertainty, reflecting upon life’s different pathways, the fork in the road. Other poems use the image of the road to share a romanticised vision of the world, communicating the excitement and freedom of the open road.

Have a read of the poems, some of them you may know already, some you may not, but either way we hope you enjoy them and that it encourages you to discover more poetry this National Poetry Day!

The Road Not Taken – Robert Frost

Two roads diverged in a yellow wood,
And sorry I could not travel both
And be one traveler, long I stood
And looked down one as far as I could
To where it bent in the undergrowth;

Then took the other, as just as fair,
And having perhaps the better claim,
Because it was grassy and wanted wear;
Though as for that the passing there
Had worn them really about the same,

And both that morning equally lay
In leaves no step had trodden black.
Oh, I kept the first for another day!
Yet knowing how way leads on to way,
I doubted if I should ever come back.

I shall be telling this with a sigh
Somewhere ages and ages hence:
Two roads diverged in a wood, and I—
I took the one less traveled by,
And that has made all the difference.

Watch a video interpretation of Frost’s powerful and reflective poem:

Afoot and light-hearted I take to the open
road!
Healthy, free, the world before me!
The long brown path before me, leading wherever
I choose!

Henceforth I ask not good-fortune, I am good-
fortune,
Henceforth I whimper no more, postpone no more,
need nothing,
Strong and content, I travel the open road.

The earth—that is sufficient,
I do not want the constellations any nearer,
I know they are very well where they are,
I know they suffice for those who belong to them.

Still here I carry my old delicious burdens,
I carry them, men and women—I carry them
with me wherever I go,
I swear it is impossible for me to get rid of them,
I am filled with them, and I will fill them in
return.

You can read the full version of the poem here

Roads go ever ever on,
Over rock and under tree,
By caves where never sun has shone,
By streams that never find the sea;
Over snow by winter sown,
And through the merry flowers of June,
Over grass and over stone,
And under mountains in the moon.

Roads go ever ever on,
Under cloud and under star.
Yet feet that wandering have gone
Turn at last to home afar.
Eyes that fire and sword have seen,
And horror in the halls of stone
Look at last on meadows green,
And trees and hills they long have known.

The Road goes ever on and on
Down from the door where it began.
Now far ahead the Road has gone,
And I must follow, if I can,
Pursuing it with eager feet,
Until it joins some larger way,
Where many paths and errands meet.

The Road goes ever on and on
Down from the door where it began.
Now far ahead the Road has gone,
And I must follow, if I can,
Pursuing it with weary feet,
Until it joins some larger way,
Where many paths and errands meet.
And whither then? I cannot say.

The Road goes ever on and on
Out from the door where it began.
Now far ahead the Road has gone.
Let others follow, if they can!
Let them a journey new begin.
But I at last with weary feet
Will turn towards the lighted inn,
My evening-rest and sleep to meet.

Still ’round the corner there may wait
A new road or secret gate;
And though I oft have passed them by,
A day will come at last when I
Shall take the hidden paths that run
West of the Moon, East of the Sun.

The Way Through The Woods – Rudyard Kipling

Yet, if you enter the woods
Of a summer evening late,
When the night-air cools on the trout-ringed pools
Where the otter whistles his mate,
(They fear not men in the woods,
Because they see so few.)
You will hear the beat of a horse’s feet,
And the swish of a skirt in the dew,
Steadily cantering through
The misty solitudes,
As though they perfectly knew
The old lost road through the woods.
But there is no road through the woods.

Listen to Rudyard Kipling reading his poem “The Way Through The Woods”.

On the Road – Bernard Spencer

Our roof was grapes and the broad hands of the vine
as we two drank in the vine-chinky shade
of harvest France;
and wherever the white road led we could not care,
it had brought us there
to the arbour built on a valley side where time,
if time any more existed, was that river
of so profound a current, it at once
both flowed and stayed.

We two. And nothing in the whole world was lacking.
It is later one realizes. I forget
the exact year or what we said. But the place
for a lifetime glows with noon. There are the rustic
table and the benches set; beyond the river
forests as soft as fallen clouds, and in
our wine and eyes I remember other noons.
It is a lot to say, nothing was lacking;
river, sun and leaves, and I am making
words to say ‘grapes’ and ‘her skin’.

Do you know any other poems about roads?

Want to find out which writers were also architects or engineers? Read this post from Marcos Martínez