How did people feel when they saw a bike in a city in the 19th century?

Do you remember those famous words from the Man of Steel comic? It was 1938, and in an ordinary North American town people looked up in the sky, unable to understand how a man could fly simply by thinking of flying, so much so that they doubted his very nature. I wonder whether today, immune as we are to surprises, anybody would bother to look. 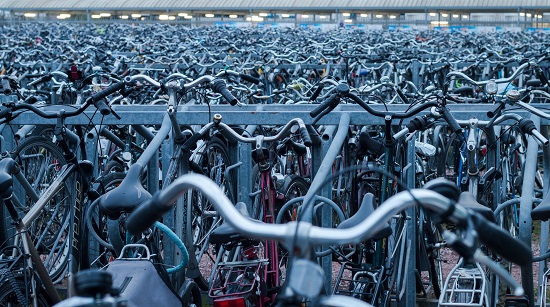 Something similar must have happened (though in real life rather than in a comic strip) more than a century before. That was when the first bicycles appeared, with different models emerging here and there throughout German cities. And not only in the cities, but also in rural areas. Extravagant persons who moved around at dizzying speeds compared not only to pedestrians, but also to horse-drawn carriages.

The transport of the future, or a rather undignified invention?

Let’s think back to that time. It was 1817, in Germany. Karlsruhe, to be precise. Though not many of us may have heard of it, for over a century it was the capital of the state of Baden and important in scientific circles. Congresses on chemistry, debates on the atomic nature of matter, the foundation of a technical college… the perfect breeding ground for scientific advance. And for inventors.

It was in this environment that Karl Drais designed and produced his Laufmaschine (or running machine in German), today referred to generally as the draisine or velocipede, the names given to later inventions. 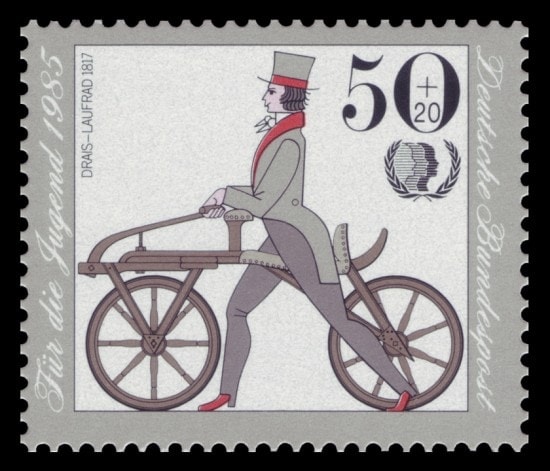 At the time, the running machine beat the horse-drawn carriage downhill (and pedestrians uphill). Although complicated to steer, it soon became the fastest-moving vehicle in cities. And also the one causing the greatest number of accidents, of course, due to the fact that it lacked brakes and had limited steering capacity.

It should be remembered that the building and expansion of iron and steel railways was still some years away , so this plank of wood on two wheels represented unprecedented progress for citizen mobility. And an affordable investment compared to the permanent cost of keeping horses, which had to be fed and looked after.

However, the running machine was considered by many to be somewhat violent, almost repulsive. Too daring for its time. Not so much for its functionality (it always worked, provided you didn’t crash into a wall), but rather for its social implications.

At a time when young ladies were advised to ride in cars or coaches rather than on horseback, it wasn’t done to be seen on a Laufmaschine. And amongst the gentlemen, opinions were mixed: it was a fun piece of equipment which would soon go out of fashion; it was the transport of the future; or an undignified contraption which was not even worth talking about.

It was not until some years later, in 1839, that Kirkpatrick Macmillan (written McMillan in some sources) would solve some of the basic issues of this early bicycle. Unimportant details, such as being able to turn, brake or move the vehicle forward without having to touch the ground. And so the true velocipede was born.

Although initially propulsion was by means of two connecting rods (see picture above) fixed to the back wheel, the pedals would soon be anchored to the front axle (see next picture, top left).

The velocipede represented a total paradigm change and a turning point in transport, much more so than the Ford-T revolution. In fact, in some countries such as India, this was the real (Urban) Mobility Revolution, which left the combustion vehicle and other types of transport lagging behind.

For the first time, everyone was able to move faster than by walking, at a cost well below that of a horse-drawn carriage. And so cycling clubs appeared, where members helped others learn to ride. Today, we are usually taught how to ride a bicycle by our parents or a family member, but how were New York businessmen to learn, bicycles being something strange and totally alien to their parents? 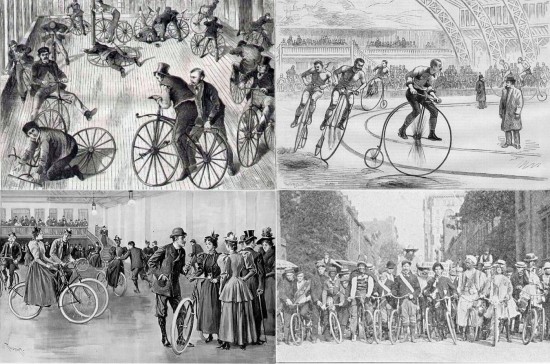 By 1900, a decade before cars started to be mass-marketed, bicycles had become a social phenomenon, and established themselves as the transport of choice for the masses. In the most advanced and enlightened cities, such as New York, Paris or London, the bicycle was queen.

Initially considered an extravagant and strange contraption, even branded absurd in its first years, continued improvements in steering and safety gradually gained it acceptance by the general public. But then the general public dropped it again in the 20th century.

The dark ages of the bicycle

The car was the bike’s big nemesis throughout the last century. From the moment cars started to be sold, they spread to take the bicycle’s place, much as the bicycle had done before with horse-drawn carriages. But compared to combustion and horse-drawn vehicles, bicycles are more environmentally friendly and sustainable. 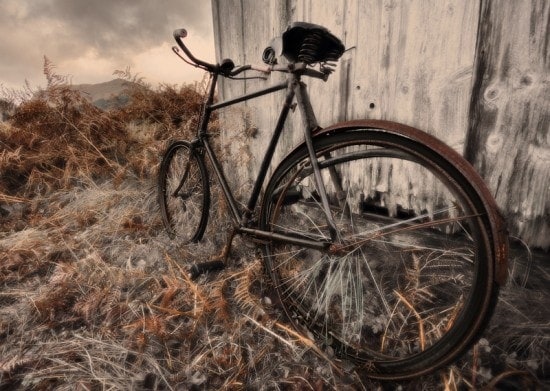 For almost 100 years bicycles were absent from our cities. Cars soon became affordable for all, and this sparked a chain reaction in cities. Traffic and exhaust fumes made it difficult to use a bicycle, and they were soon abandoned and forgotten.

If bicycles had before embodied everything that was modern, they soon came to be seen as juvenile in the minds of businessmen in a suit and tie (and bowler hat in England). People started to be in more of a hurry than was necessary, and the pace of the world changed. It was only 100 years later that we stopped and realised the mistake we’d made.

The return of the bicycle, and the city of the future

It has taken many years of struggling, of pedaling constantly amongst fumes, car horns and traffic in cities. But a trend that started off in central European countries has spread to other capitals and cities throughout the world. The bicycle is making a comeback, for several reasons.

On the one hand, because of a greener mentality and concern for the carbon footprint we leave behind us. For our own future. On the other, the need for daily personal care and exercise. The bicycle is essential for these two reasons. And on top of this there is the drop in the cost of transport, the savings potential for those who pedal. 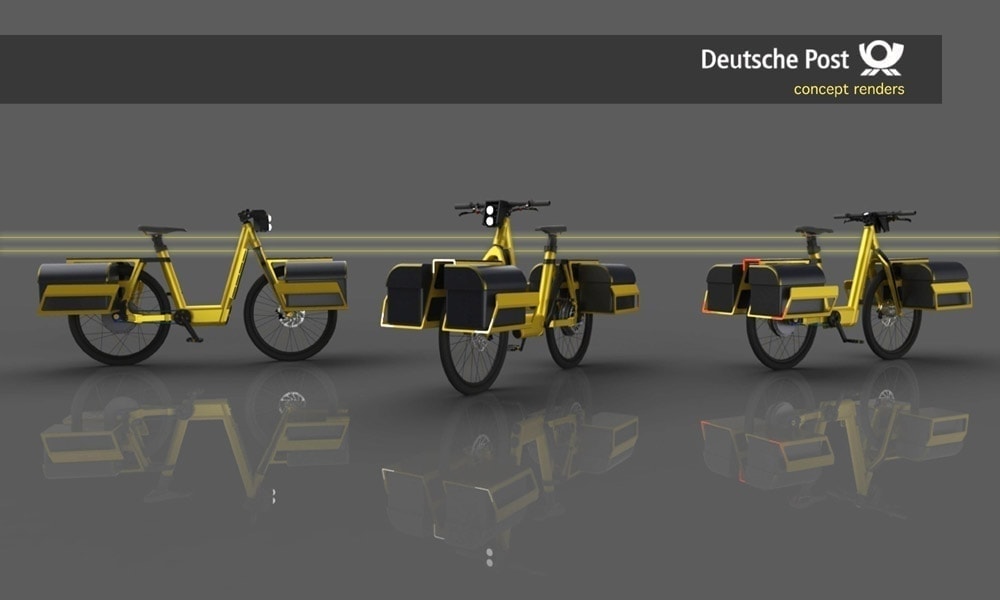 Gradually, the cities that we blackened over the last century are becoming friendlier places for those who live in them. Cleaner and more natural, more environmentally friendly. A scenario  in which the modern bicycle has an important role to play. Even in the world of couriers and delivery, something commonplace in America for some time now and which is only just starting to take off in Europe.

In August 2009, the city of New York registered 200,000 daily bike rides over the Brooklyn bridge alone, with a larger number on the island. Today, thanks to the 650 km of cycle paths laid out over just two years, this number has doubled. And that means thousands of tonnes of CO2 which don’t end up in the atmosphere. Bicycles really are curing our cities.

So the question we should be asking ourselves is: What would our cities be like if Karl Drais had not invented the bicycle?