The first airports that changed the way we travel: what were they like?

Diego Marín de Aguilera was a farmer, and the son of farmers, from the Ribera del Duero region in Spain. More than 200 years ago, his ambitions and curiosity turned him into an inventor, and his perseverance into the first person ever to fly in Spain. Or that’s what the stories say. Like him, hundreds of people have tried to imitate birds and take to the skies, even at the risk of being labelled insane.

This Spanish inventor created a wooden structure with feathers with which he was able to glide above a river, covering a total distance of 431 varas (360 metres). This was flying more than a century before the Wright brothers changed the world. Two hundred years later, and today some 11,000 planes cross the planet every minute of the day, and more than 3,000 million passengers travel on airplanes every year, according to the Air Transport Action Group. And almost all of them use airports.

Today, with our electronic tickets on our mobile phones, transiting terminals on conveyor belts or going through a 3D scanner, we don’t even think of how it all started: a dream, an obsession about crossing a river, a piece of land from which to take off and never come back down to earth. And it’s not so long ago that it all happened.

On a sandy island off the coast of North Carolina, in the United States, the Wright brothers took off to make history on the first ever flight with an aeroplane. The flat piece of land they used for taking off, however, was more like an untilled field than one of our modern airports. 1903 was coming to a close when Orville and Wilbur Wright jumped into the spotlight. 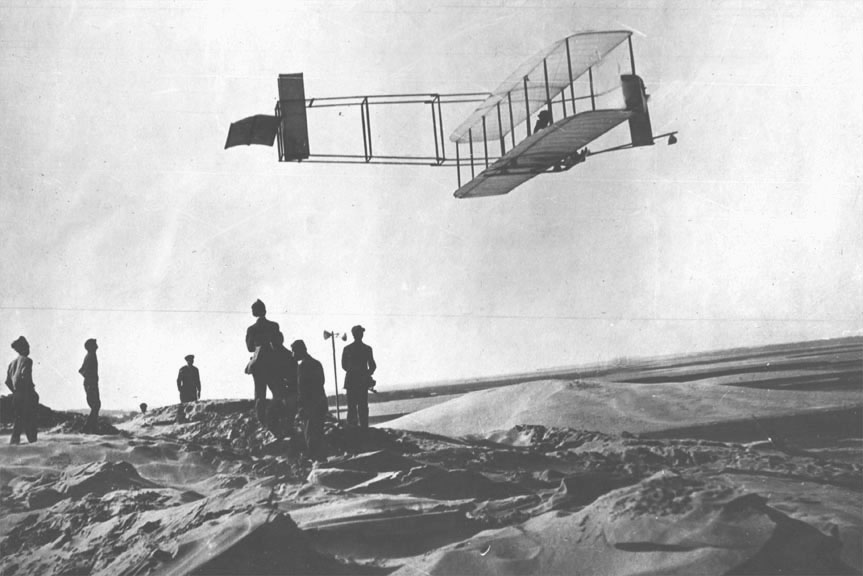 It would be a few years before the Wright brothers completed the project of what is generally agreed to be the first airport in history. College Park Airport, in Maryland, close to Washington, was little more than a couple of hangars and some fuel tanks, a strip of earth marked with chalk, and a rudimentary platform or ramp (for boarding the plane). It was 1909 and aviation fever had already infected half the world.

College Park —which is, in fact, still in operation— marked the birth of what is known as the airside, the area of the airport accessible to aircraft, and which today is still comprised by the take-off and landing runways, the hangars and the ramp, although some things have changed over the years. 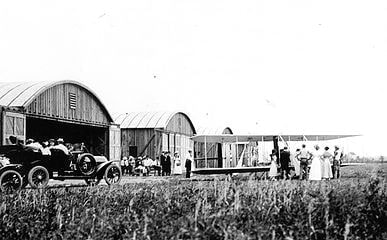 What has undergone the greatest changes with respect to the early days of aviation is, without a doubt, the runway. In the beginning, any piece of open, more or less flat land was sufficient, but with improvements in aeroplanes and their increasing weight, it soon became necessary to have something more than earth beneath the landing gear.

Already in the 1920s tests began on different combinations of tar, lime and cement, until eventually arriving at the concrete and asphalt mixture used in runways today. Configuration of the runways also changed, since the increasing size of aircraft made them more vulnerable to wind. Initially, runways were circular in shape, then they were built as several runways forming a fan shape. Later still, a study of the area was undertaken and the runways built as we know them today: straight, but aligned in such a way that they are not subject to side winds (or cross winds).

Improvements in aircraft meant that commercial flights could begin. The first route to open was in 1913 in the United States. In 1919, KLM started commercial flights from Schiphol (Amsterdam), and in 1920 the first exclusively commercial airport opened in Sydney, with a terminal such as we basically know them today. And so the landside was born, with infrastructures to house the growing number of passengers multiplying around the globe.

These first terminals allowed direct access to the ramp or boarding area, almost as in a bus station. In the beginning, passengers walked or took a small bus up to the aircraft, and climbed up the steps into the plane, something almost unimaginable today in the larger international airports but very common still in smaller ones.

And many of these new buildings also became aesthetical benchmarks in the art deco style of the time, the same style that shaped the Empire State Building in New York. But these first terminals still accommodated a very small number of passengers who underwent no security checks and carried their own luggage up to the plane. 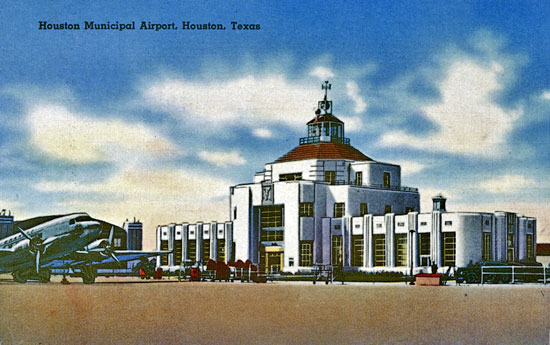 In fact, up until the 1970s, security was practically non-existent: there were no documentation controls (with the exception of customs if a border was crossed) and security inspections were carried out by airline staff (and were, in most cases, simply a case of identifying  potentially inappropriate behaviours).

The first security controls for accessing the boarding area and the aeroplanes themselves started in the beginning of the 1970s, after several years of a hijacking attempt practically every other week, as described in Brendan I. Koerner’s book, The Skies Belong to Us. However, it was not until after the 9/11 attacks in 2001 that security controls became a central aspect of all airports.

Three inventions that changed our terminals

Apart from the natural evolution of airports, driven principally by the increasing number of passengers, three elements  were pivotal in changing the structure of terminals forever and converting them into what we know today. 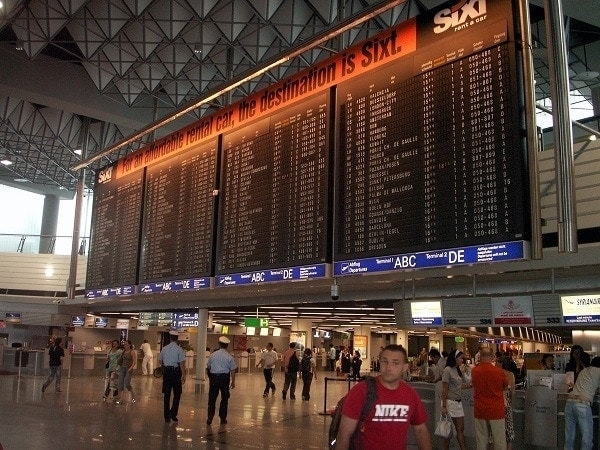 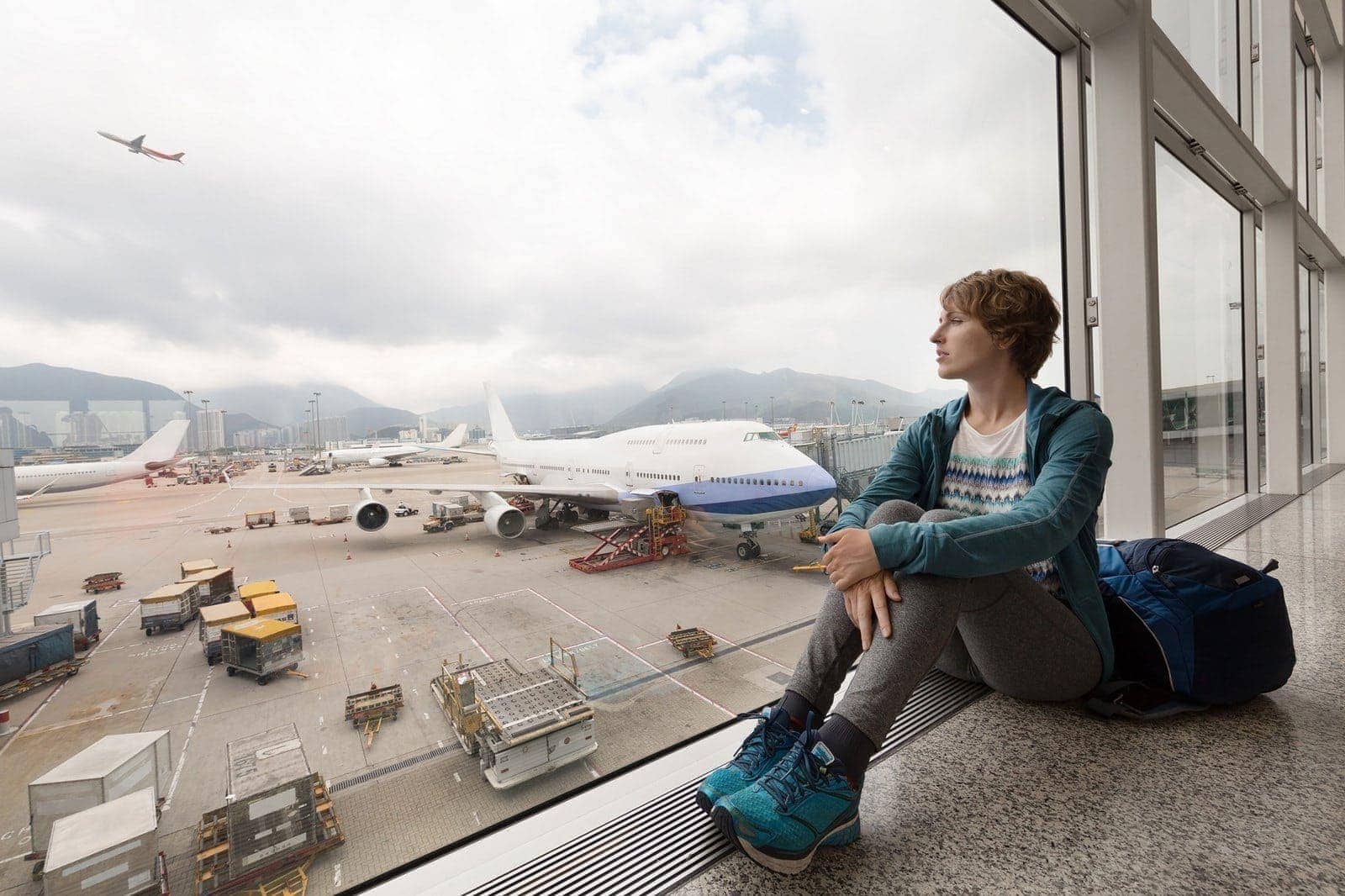 Looking at the not-so-distant past of the first airports, it is possible to conjure up an idea of what the future may hold. On 17 November 1962, John F. Kennedy, the then president of the United States, opened the first airport of the future in Washington. The design of Dulles International Airport incorporated some “futuristic” elements, such as an access road on two different levels for separating arrivals and departures traffic, or the ramps prepared for servicing the new jet aircraft.

However, there was one innovation which, for the time being, we haven’t yet seen being used. Dulles airport is one of the few airports in the world with mobile boarding gates, designed for taking passengers to the space craft of the near future, when being an astronaut will simply be yet another job. The invention was copied in a small number of airports, such as Charles de Gaulle in Paris or in Mexico City, but has never been used.

Who knows if these innovations may soon be necessary again, or if we will have to get used to “vertical airports” where runways as we know them today may no longer be necessary, thanks to Tiltrotor aircraft which allow vertical take-off and landing . Two centuries ago, Marín de Aguilera’s neighbours thought he was mad and broke into his house to burn his diabolical invention. Today, almost eight million passengers climb into planes to travel to every corner of the earth.