The craziest roads ever imagined are in books. (Where else?)

Once upon a time (every good story starts thus) there was an impossible road network. Paths in the middle of intergalactic space requiring no roads, vertical motorways, roads leading nowhere, or even streets in a city with no houses (and with double the number of pipes than people).

Only in literature do roads exist which, not only aid mobility but also make up an impossible world, 00something that today we consider impossible. Here are some (no, not all…) of the craziest roads ever to be imagined. And they’re in books… where else?

The books about roads which shouldn’t be missed

As a general rule, cars tend to be placed horizontally on roads (which are also horizontal) in order to drive along them. Today’s vehicles are not much good on vertical roads, and vertical cars… well, let’s simply say they wouldn’t roll too well over the surface. But what if roads were vertical and horizontal, depending on what was required?

This is the scenario proposed by Philip K. Dick in his 1956 short story Minority Report. As part of a theme we today call cyberpunk, he imagined a never-ending city, full of ramps for vehicles.

Something rather more tangible was taken to the big screen in the film Minority Report, where driverless cars moved on electromagnetic rails which emerged from the buildings.

Cities with no houses

If we are to be precise, Italo Calvino’s Invisible Cities (1972) are not so much invisible as imaginary and metaphorical. There are continuous cities, subtle cities and hidden cities, but also abstract, semantic and semiotic cities (like in communication).

Calvino drew with his words cities which were nothing but a road, with closed buildings like “black boxes, impossible to know what is inside them or how they work”. Here, the roads themselves were much more important than the places they took you to.

But his book also featured cities without roads, paths, pedestrian crossings or traffic lights. Without parks, without houses and with nowhere to stop. A city made up entirely of pipes. Some cities grew concentrically, while others only existed on a level (with a front and a back side).

A road in hyperspace

Hyperspace is something very useful when travelling, at least for science fiction writers. Hyperspace is that express road (imaginary at present) connecting any two points in space and used by a space craft. 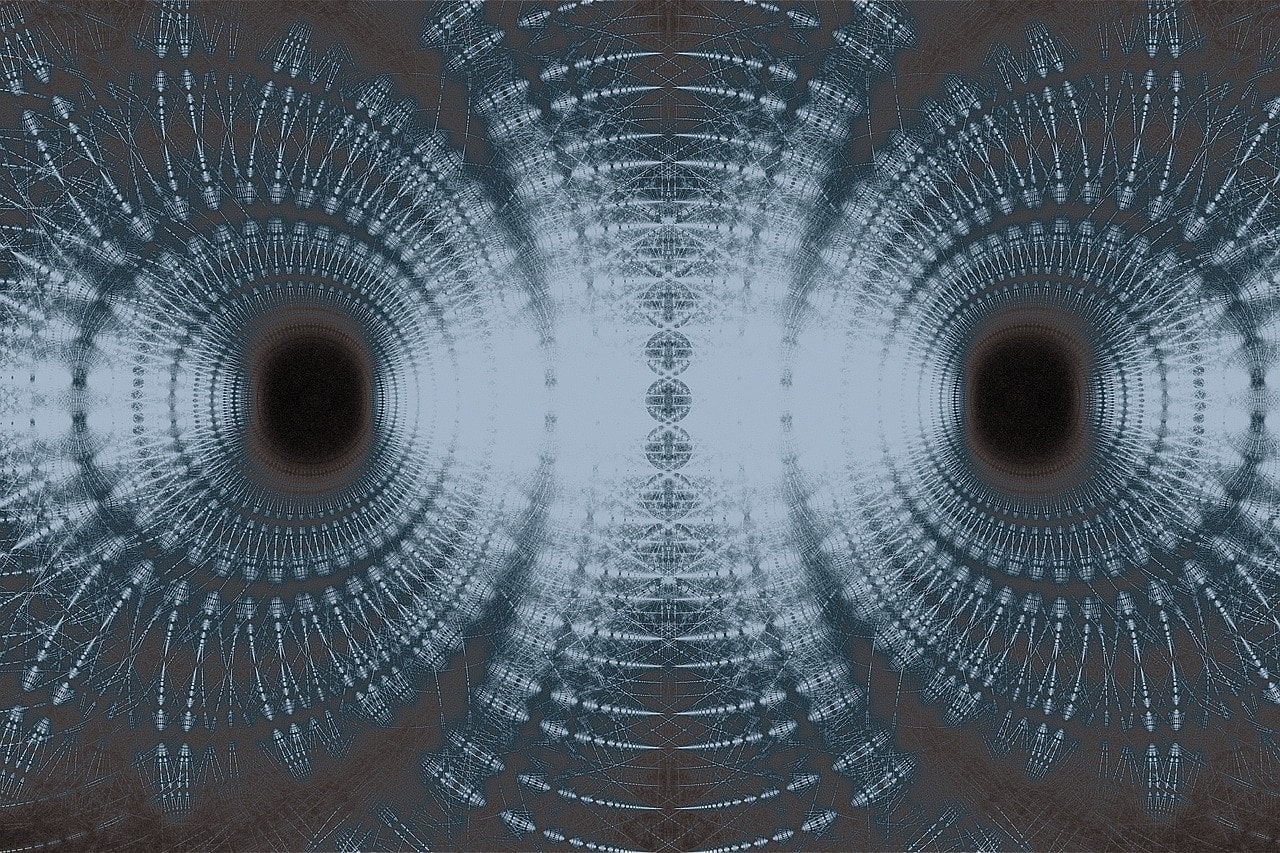 In the book A Hitchhiker’s Guide to the Galaxy (1979), Douglas Adams put his star character in a double predicament. On the one hand, his terrestrial home was about to be pulled down to build a bypass because, according to the author, “bypasses must be built”. On the other, poor Arthur Dent had no idea that planet Earth itself was about to be demolished to make way for an intergalactic hyperspace bypass. Hyperspace may be very useful, but it does come with its own problems.

So, no wonder that the book invented the infinite improbability drive, “a wonderful new method of crossing interstellar distances in a mere nothingth of a second, without all that tedious mucking about in hyperspace”. However, you’re of course “never sure where you’ll end up, or even what species you’ll be when you get there” so, as the author recommends: if you use this means of transport, make sure you’re properly dressed.

One same road at two points of the universe

But much more convenient than travelling through hyperspace is crossing the universe via a teleportal, as in Hyperion by Dan Simmons (1989). Some of these teleportals are windows onto other worlds, so that one can, literally, cross from one to the other.

Thus, a road leaving a city could have a turning to one of the planets of, say, Trappist-1. 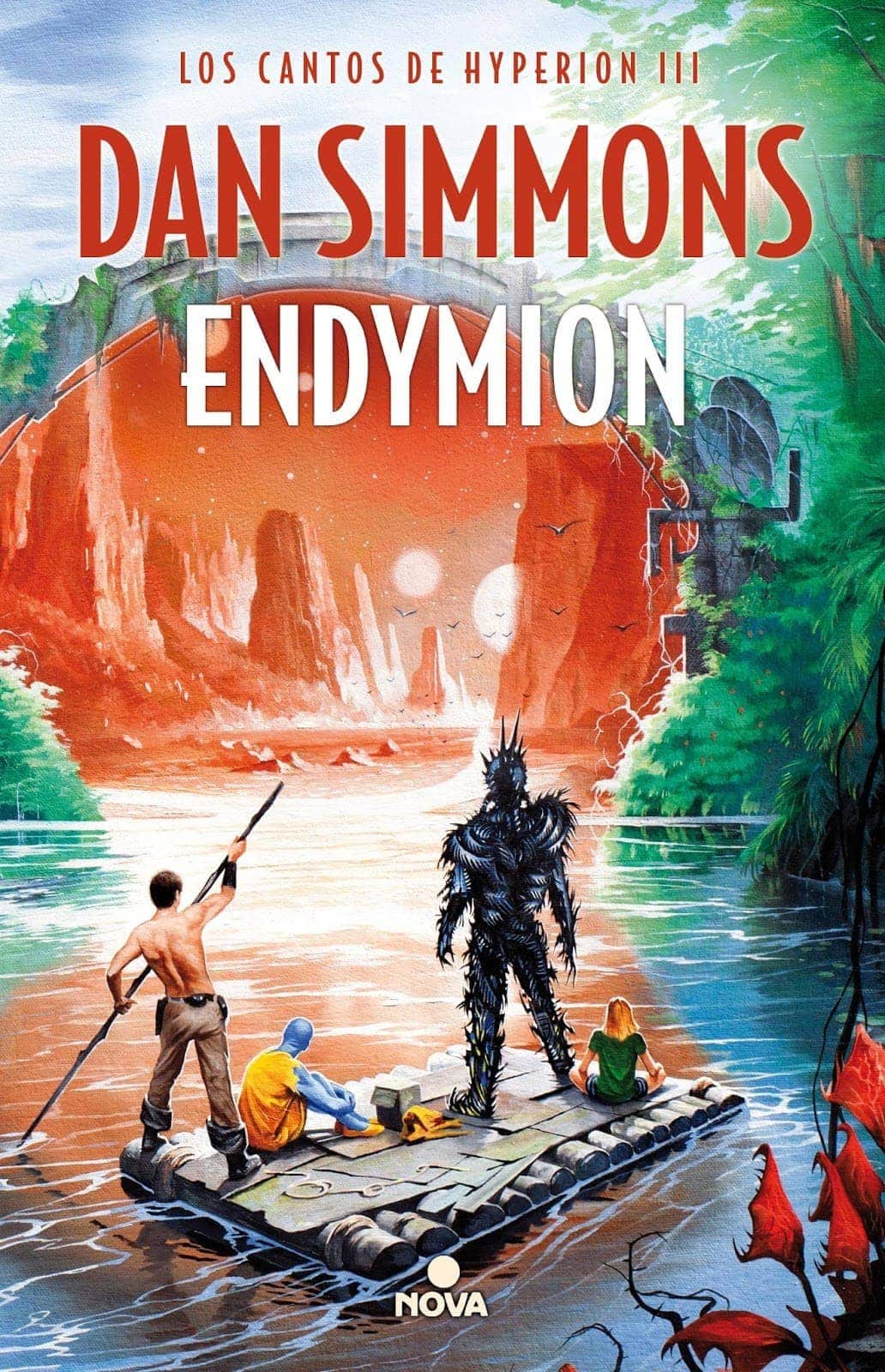 Although the cover of the third volume shows one of these teleportals in the middle of a river, crossing several planets, the same idea applies to roads. Just like in the Stargate film, an interplanetary civilisation would find it relatively easy to travel through space from one side to the other in a matter of seconds.

The same concept of a window in the air into another world  was used by the author in his books Ilium (2003) and Olympos (2005), and by Philip Pullman’s multiverse His Dark Materials (1995). It really is very complicated to move characters from one place to another if the writer has an infinite network of worlds through which to lead the plot.

Although the film The 13th Floor is better known than the actual book Simulacron-3 (1964), this book by Daniel Francis Galouye features a scene in which one of the characters drives to the horizon to find himself… 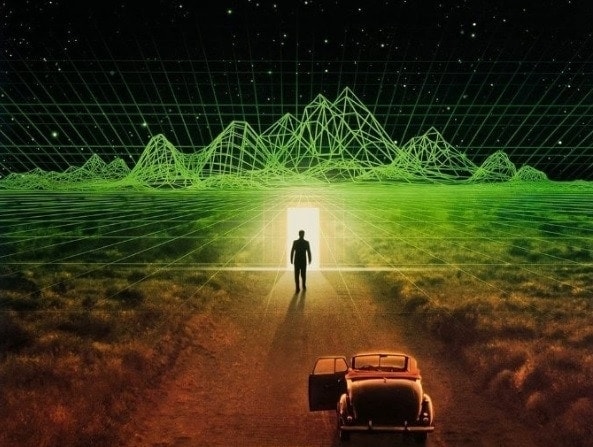 But in fact, he finds nothing. The road ends, inexplicably, at the edge of the virtual model that forms the simulated world in which he lives. Everything, from the ground to the sky and even the birds, lives within an enormous computer which has only bothered to simulate a few thousand square kilometres.

And so the road simply ends, and you can drive no further.

An article on impossible roads would not be complete without The Road, an altogether improbable road (given the world it is in). The Road (2006), by Cormac McCarthy, is perhaps the first book on roads that comes to mind. But then, the title is a bit of a giveaway. 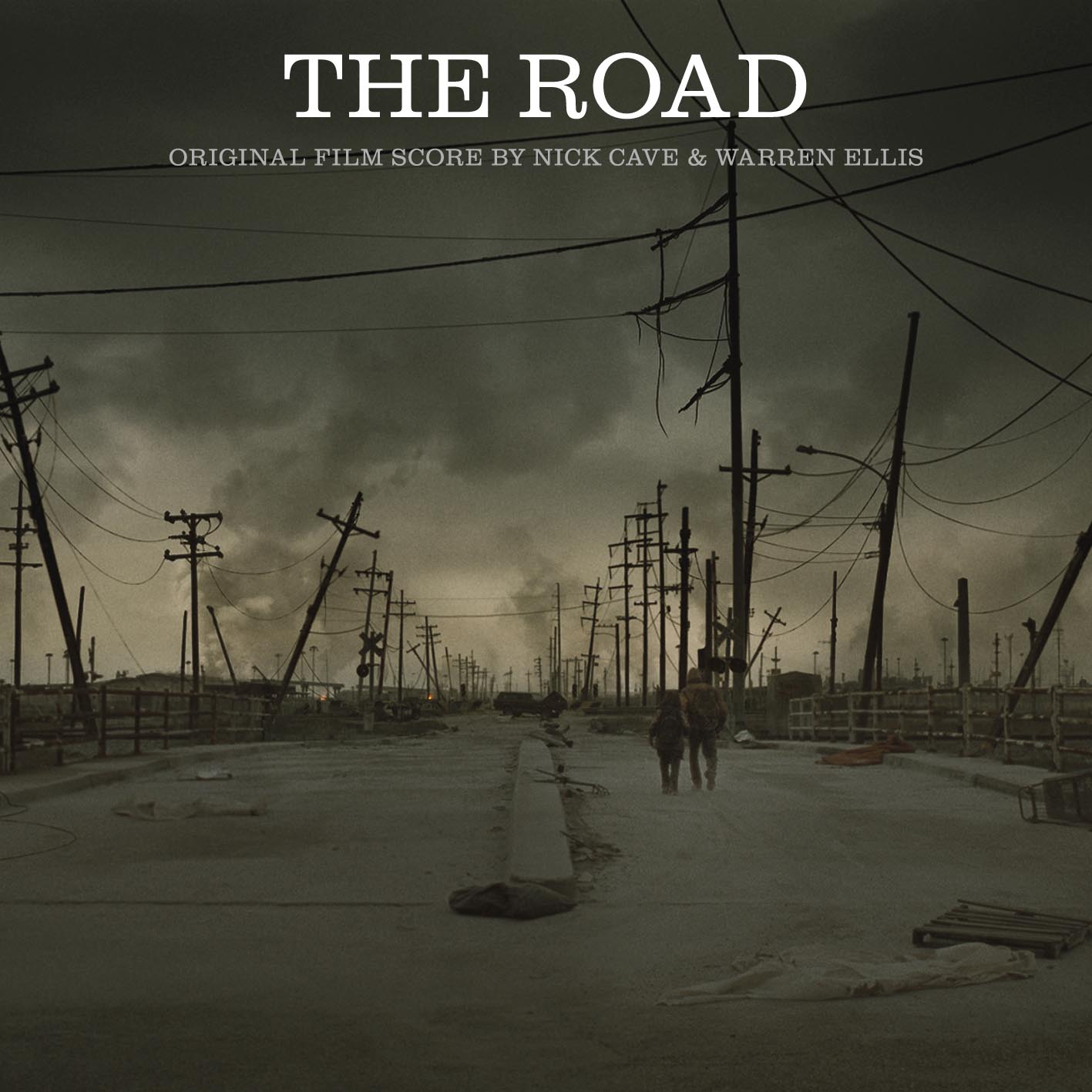 In this book, a father and son walk along a road in a post-apocalyptic world towards infinity, or where they imagine the ocean still is. Something has happened to the planet, and it is no longer able to sustain life as it did before. Right in the middle of America, this two-person family walks for two years in search of the coast, which always seems to be just over the horizon.

Books, particularly those with fictional concepts, are what we must pay special attention to. Writing about worlds that seem impossible today, and analysing them, will help us choose what cities we want to live in in the here and now, and what future we may perhaps want to avoid.

Contrary to what we might think, technical careers are not unrelated to writing. There have been many architects and engineers who were also writers, despite perhaps not writing about impossible roads.