What building materials will we be using in 2050?

We tend to think that reality is a given, and imagine that it will remain as it is forever, that our level of civilisation will continue into the future. This has been the case throughout history, for every civilisation ever studied.

However, we are now at a point in history where technical progress happens so quickly that saying now what the future will be like will no doubt bring us a surprise or two. And so we could well ask ourselves the question: when it comes to the future of construction, what building materials will we be using in 2050?

During the life of the first societies or clans (in the Palaeolithic age), hominids abandoned their caves to explore the world. And thus the first temporary houses emerged, as shelters or huts made using branches, skins and small logs.

It seems amazing that for half a million years this was the type of construction that prevailed. Compared to modern housing blocks made of concrete and steel (21st century), use of these materials went on for 5,000 times longer.

Towards the year 6,000 B.C., mud and clay began to take over what we now call the Middle East. It was used in the form of an unbaked brick of clay mixed with straw (probably waste from the harvests). This allowed for more complex constructions and better insulation from the heat, and also allowed building at different levels.

The civilizations existing at the time began to make gigantic constructions. The Ziggurat of Ur is one example, where a combination of rock for the foundations, clay for the inside and baked bricks for the outer walls was used. In addition to bitumen as mortar and reeds, bamboo and ropes for scaffolding.

Up until the decline of the Roman Empire, quarried rock (granite, sandstone, marble) was used in official buildings, whilst baked bricks and wood with iron nails for joints were used in houses. 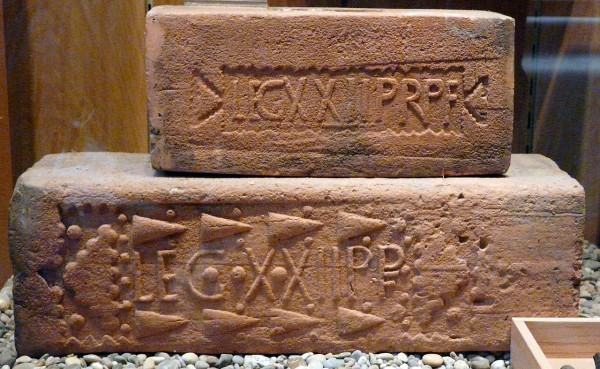 Over the years, stone (in many cases, acquired from previous buildings) and wood continued to be used. In the 19th century, the production of steel and the growth of cities resulted in the building of blocks of houses reinforced with pre-tensioned concrete and metal beams.

Today we continue to use this technique and very similar materials for our ordinary buildings. And, as with all the cultures that came before us, we think that these will be the building materials of the future.

The future of construction

Some possible building materials of the future

Materials have been a difficult sticking point from the moment the laws of elasticity were discovered. Before that, everything was simply a question of trial and error. Afterwards, it was all about scientific methods, trials in test tubes, and materials science.

But it has only been in recent years that nanotechnology has allowed us to go deep into the heart of atoms, so that we have envisaged not just the material, but the shape of that material as an essential part of materials behaviour.

For a time, graphene has been considered as one of the strongest artificial materials on Earth. However, graphene occurs as sheets or flakes, which renders its use in construction rather complicated, if not altogether absurd.

Towards the beginning of 2017, a team of engineers from the MIT published this article to present a three-dimensional structure which, if built with graphene, would be 5% the weight of steel but 10 times stronger.

Amazingly, this structure is hollow and porous, as can be seen in the video. And contrary to what logic would tell us, it is less resistant if made thicker (minute 1:05).

The structure is very similar to what the architect Vincent Callebaut presented years back in his project Wooden Orchids, where he suggested the use of wooden structures, this being an easily available material in Wu Yuan, China.

As opposed to traditional building structures, Callebaut opted for a shape that would give greater importance to the inner space, cutting the use of building materials to a minimum. Using materials such as graphene and similar organic shapes, it would be possible to build ordinary walls having the advantage of an air cushion in the wall itself to buffer the effects of the weather inside the building.

In 2015, microbiologist Hendrick M. Jonkers presented a type of concrete which had the capacity to repair itself to a certain extent. In other words, no more cracks and repairs, no more leaks, no need for damp-proofing and no more energy loss through cracks.

This concrete has bacteria which repair the material from within in a similar way to how human tissue heals itself after a fracture. The bacteria remain dormant within the material until the cracks let in the damp (water, the elixir of life) and the bacteria spring into action.

Some years before this, a team of Spanish scientists presented a self-healing elastomer which was highly resistant to traction. Meaning that with the right thickness, it could be used for the cables in bridges. A team of Chinese scientists later verified these findings:

A metamaterial that reverses the Hall Effect

At the start of 2017, a group of scientists presented an innovative metamaterial which could reverse the Hall Effect. Few know about this electromagnetic effect, and for many, therefore, this is rather meaningless:

If an electric current flows through a conductor in a magnetic field, the magnetic field exerts a transverse force on the moving charge carriers which tends to push them to one side of the conductor. 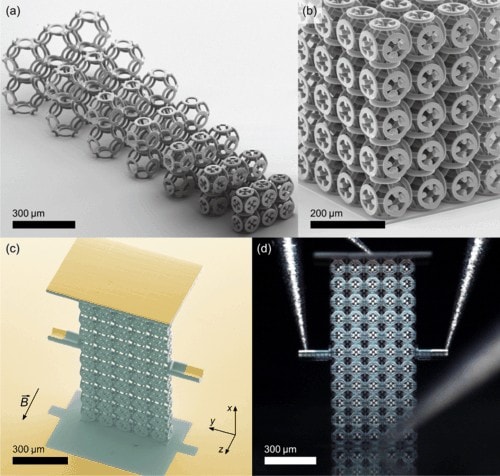 Basically, what it says is that a force appears when using electricity and magnetic fields. A force we can use, and which we are now able to turn around so that it points in the opposite direction.

Although the first practical applications of such materials will be geared more towards electronics, they can also be used in construction, by integrating invisible electronic tracks or rails (of electrons) within building walls.

Perhaps they do not provide physical strength, but home automation and connectivity will soon go from the tangible (a mobile, a PC, a screen) to the intangible and ubiquitous.

For a few decades, it circulated rather like a rumour, then it became a crazy idea, followed by some serious research. Today, a Japanese company called Spiber Inc. (a play on words with spider and fibre) is now marketing it. 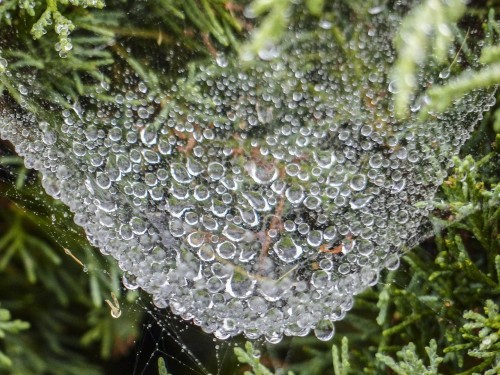 As the brand claims in a statement on its website: “Metal. Glass. Petrochemicals. Humanity has mastered a wide variety of raw materials and achieved enormous progress throughout its brief history. Now, proteins are poised to become a sustainable next-generation material with potential unlike any the world has ever seen. It all starts with spider silk, which is 340 times tougher than steel.”

And they’re certainly right about that. Following their discovery of how to create spider fibroin artificially, the laboratory got to work. It is as yet very much a product for a reduced market sector, such as workshops, laboratories or experimental projects, mostly related to textiles.

And the reason for this is that this protein is still vulnerable to weather and climate. However, once a suitable protection or cover is developed, it could be used as a low-cost alternative (with a reduced environmental impact) for cabled structures.

The future is not set in stone

Given the speed of progress in materials engineering, it is very possible that all of these techniques will have been perfected within a space of less than five years. Or even discarded as obsolete by then. New data is being collected constantly, much of it thanks to ever more refined techniques for analysis of finite elements.

Nobody can predict the future, and it is rather risky to say that this or that will be the building methods used within one or two decades. Chances are that we would be wrong. But what does seem fairly certain is that whatever it is, it will surprise those of us who are unfamiliar with the subject.

Moreover, given the high degree of specialisation in the use of materials, a large number of different materials will probably be used even in the smallest building project, each aimed at solving a particular problem.