The archaeological mysteries of the church of Santa Catalina

Towards the middle of May, restoration works started on the church of Santa Catalina, in the town of Badajoz. During the course of the project, which is being supervised by the Town Council of Badajoz and the Government of Extremadura, we had the “grim and terrifying” surprise of being immersed in what seemed like Michael Jackson’s Thriller videoclip or, if you prefer a more recent reference, in the Walking Dead series. You may wonder why… the fact is that during excavation works a series of graves were uncovered, with some residents which we didn’t quite expect. Luckily, they didn’t rise and start walking or dancing to the Thriller music… and they were in fact dug up with expert archaeological supervision.

Restoration of the church of Santa Catalina in Badajoz

Now that I have your attention, I’ll leave the joking behind and turn to the serious bit. This project consists in the restoration of the old church of Santa Catalina, in the Santa María square. The aim is to turn the building into a cultural centre, given its unique location, to provide a historical context for the city through the many changes undergone by the building over the centuries. The first excavations already brought to light burial crypts, arched substructures from the 17th and 18th centuries, as well as other more humble trench graves marked with stones in the earth. 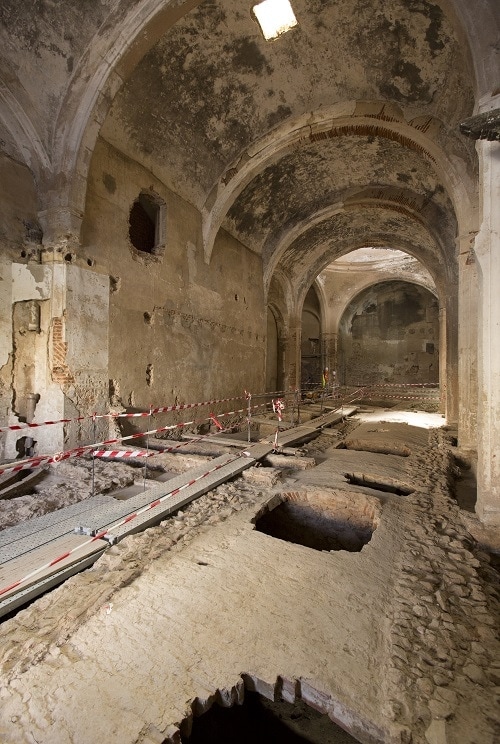 The finding of the crypts

Seven crypts have been found. Pedro Castellanos, an expert in the history of Badajoz, claims that some of those buried there could be prominent figures of the time, amongst them Guillermo Tutavila, a nephew of the Duke of San Germán,  who was born in Naples. Following his death in the battle of Arronchez (Portugal), his body arrived on the night of 13th December 1653 and was laid in a grave under the church’s main altar. Damiana de León y Silva, after whom today’s Montesinos street was named in the 18th century and who donated 400 ducats to the Jesuits for the building of an altarpiece for the main altar in 1698, was also buried there, as was the well-known canon Juan Solano de Figueroa, author of the Ecclesiastical History of Badajoz. Research is currently ongoing in relation to the remains found, so it is possible that we may know more about all these people in the future. 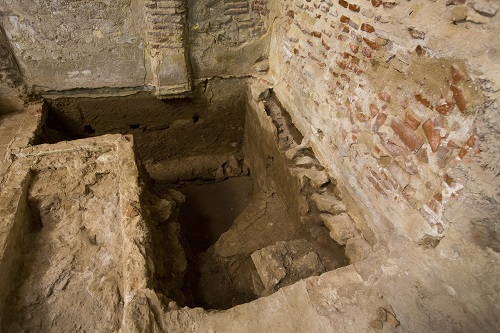 What is excavation with archaeological supervision?

A “normal” excavation can be carried out using manual or mechanical means (depending on space limitations or the type of unit involved). Mechanical means – diggers – are normally used, with no review being made as to whether there are archaeological or any other type of remains.

In an excavation with archaeological supervision, a report on the conditions, history and possible remains that may be uncovered is prepared in advance if there are any indications that this may be the case, to determine whether or not archaeological risk may arise. Once supervision is decided, excavation is carried out manually, which is a slow process, so that any relics or remains may be analysed and identified. All of this takes place under the full- or part-time supervision of an archaeologist, in this particular case from the Heritage Department of the Government of Extremadura. 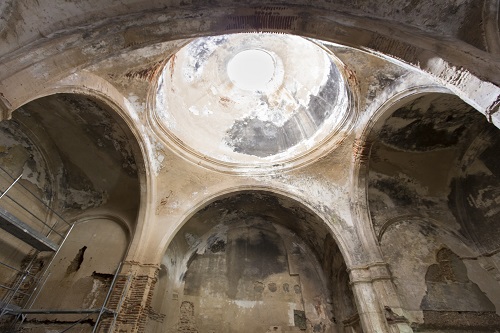 History of the church of Santa Catalina in Badajoz

The church of Santa Catalina was originally part of the Convent of the Augustinian nuns of Santa Catalina, founded in 1515 and occupied by the nuns until 1623. Years later, around 1633, after the nuns left for reasons unknown, the Society of Jesus settled there and acquired several adjacent buildings, until they were expelled by Charles III in 1767. The next community to use the church was the Parish of Santa María la Real, until this was transferred to the current church of San Agustín following the Mendizábal disentailment.

Since then, the church has been in private hands, and housed a brick and cement tile factory in the second half of the 20th century. It even has a pit for car oil changes.

In 2013, the Town Council of Badajoz bought the church in order to add it to the town’s public historical heritage, and restore it in keeping with its historical importance.

The church of Santa Catalina brings together a series of historical values. It is one of the oldest religious buildings dating back to when the town grew beyond the walls of the Alcazaba (old citadel) and the period of the Christian conquest of the city. Moreover, it provides a background for significant historical events in Spain, such as the foundation of the Society of Jesus and the counter-reformation, the wars of Portugal, the expulsion by royal decree issued in the 18th century by Charles III, the period of disentailment, privatisation of religious heritage, abandonment thereof, the consequences of the Civil War, and recovery in the latest democratic period. It therefore brings together sufficient historical and social values which have marked the town of Badajoz for it to be declared an asset of cultural interest in the buildings category.

From an artistic point of view, the church marked the introduction of the Jesuit architectural style in the province of Badajoz following its renovation, and the extension of this style to Portugal. 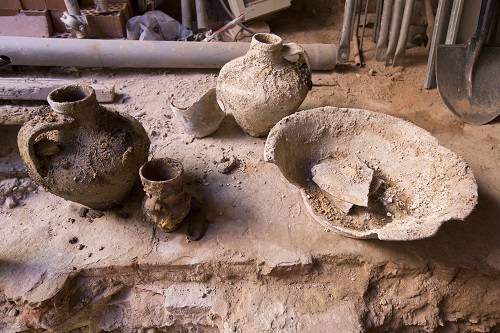 The church is in the shape of a Latin cross, the main nave is covered by a barrel vault with six semi-circular transverse arches. The right arm of the transept provides access to a low-ceilinged room leading to a patio and a double-height area behind the altar.

Access to the church is via two doors, the main one being asymmetrical to the building axis, with a further, smaller one to the right of the former, as a result of the process of segregation in the 1960s, when a car shed was provided and the rest of the church was used as a building materials warehouse and cement tile factory.

At the entrance is the choir, divided by a wall to create two rooms, the double-height ceilings are decorated with sgraffiti, visible in some areas, whilst in others the relief can be seen through a layer of paint. In the centre, the decorations are in concentric circles and there are geometric patterns on the walls, possibly provided during building of the convent in the 16th century.

This same decoration is evident throughout the vault, although in the last portion, close to the transept, there are remains of colour; the arches are decorated with geometric patterns in lime, and such decorations are also visible on the facings, though now lost in parts.

All of these developments have made this church what it is today and contributed to our findings during the restoration project. Work of this type is made memorable through the surprises we tend to come up against. Added to this, it is always rewarding to contribute to extending the life of iconic buildings. By 2018, the people of Badajoz will be able to enjoy this building in all its glory.