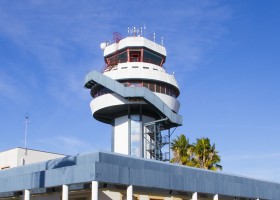 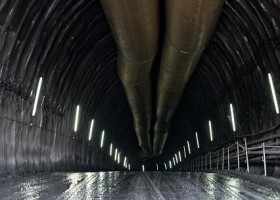 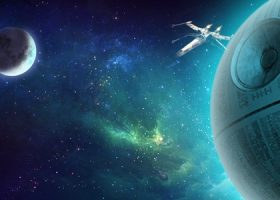 An endless city of concrete, constantly shrouded in a cloak of smog from greenhouse gases which appears to weigh it down. A continuous expanse of grey with no greenery and no colourful birds: none of this exists any more.

It is highly improbable that any of us would want to live in the city of Los Angeles 2019 as depicted in Blade Runner, >Ridley Scott’s film creation. The city is dark, sinister, and the air full of smoke and flares from the oil wells located within the city.

Many articles have analysed life in this city, the dynamics of its people, their relationship with machines and even the feelings of the robots themselves. From a philosophical and social point of view, there is not much left to add. But what about its architecture? What were the buildings in Blade Runner’s LA 2019 like?

The replicants, organic humanoid robots with a totally inappropriate name (as opposed to the replicants in Stargate, the ones in Blade Runner didn’t reproduce themselves in the way of von Neumann’s machine), are the heart of both the book and the film. In this article, however, we’ll talk about the city that these replicants were attempting to creep into to escape from off-world colonies.

When Philip K. Dick looked into the future in 1968 with his masterpiece Do androids dream of electric sheep?, he attempted to take everything he saw around him to the limit to create a model of the city of Los Angeles in the future. Witnessing how cities were growing and how cars multiplied within them, he designed endless cities extending to the horizon, in much the same way as modern-day favelas. The difference between these lay in the hundreds of apartment blocks he provided in his cities, in anticipation of the overpopulation that was to come, but then he brought upon them a world war which decimated the people. And that’s where the story begins, at the end of a massive war.

In the book, these endless cities are practically deserted; in the film, however, they are teeming with people, except in a few abandoned buildings. In both cases, part of the population has emigrated to the mentioned off-world colonies.

It wasn’t the first time we saw such megastructures in science fiction, as they had become a popular feature in the collective creativeness of a number of authors throughout the 19th century. Blade Runner in 1982, as did Metropolis in 1927 before it, marked a turning point, and was the precursor for the New York city of The Fifth Element (Luc Besson, 1997), the New New York of Futurama (1999) or the planet-cities Coruscant and Tau Ceti 2 (TC2) in Star Wars: The Phantom Menace (Ep. I, 2001) and Hyperion (Vol.1, 1989) by Dan Simmons, respectively.

As happens in the favelas, with our current technology these cities would be unsustainable, as they would not be able to feed their population. Both Ridley Scott’s film and the book by Philip K. Dick give us a few insights into the lack of stability of the food system. There is simply nothing green, not a single park to be seen, and the only biome we’re shown apart from the city is the desert.

Dawn in Los Angeles in 2019. If it is in fact dawn, since the shot in the above picture is shown several times throughout the film (at night, at dawn, at midday and dusk), practically unchanged. But even if we managed to pull back this thick layer of pollution it would be difficult to determine the time of day based on the sun, as it is always hidden behind rows upon rows of skyscrapers.

The city has massive tower blocks – very similar to many we can find in densely populated cities of the planet, such as modern-day New York or Dubai – but with such a pervasive Baroque horror of emptiness that there is hardly space even for streets. In contrast to other science fiction cities such as the New York in The Fifth Element, there are no vertical trains running up and down the buildings, which are much more ordinary-looking than we might expect in a futuristic model of a city (perhaps due to the film’s budget constraints).

However, there are some interesting differences. For example, the buildings are so densely packed together that even transport with flying vehicles makes sense, and this has an impact on many of the buildings, as they need to incorporate heliports.

Anyone familiar with the principles of overhangs for creating terraces such as the one in the picture, and of the forces that appear both at the base and the facade supporting them, will appreciate the difficulties inherent in buildings of this type. Although the buildings in the film may appear normal, they must be strongly reinforced within in order to withstand the forces they are subjected to.

There are not many scenes in which we can observe the buildings closely, as they are always hidden behind the smog or only partly visible. Nevertheless, we can sometimes see scenes like the one below, where several different shapes become visible:

This way of building, staggering the floors, is used throughout the city, and in one of the previous pictures (the one with the white on red “Enjoy” panel) we can see cone shapes or even what appears at first to be a gable roof. If we get closer to this “roof” at night and look at the lights, we can see that it is not in fact a roof, but rather the staggering of dozens or perhaps hundreds of storeys:

It makes sense, for a city where space is at a premium, for the buildings to have such shapes. The aim is for the built-up area to be as large as possible, with the limit being the building’s resistance to compression. When it is no longer possible to add to the load with more storeys, the area of the floors added is reduced as the building grows taller.

The ground in the Blade Runner city

We’ve mentioned before that there’s hardly any space for streets, and formally this holds true because the buildings take up the whole of the city and extend upwards. Having said this, there are streets on the ground level, at what seems to be hundreds of metres below the shapes we’ve seen so far.

Some of the streets we can see in Blade Runner’s Los Angeles are extremely narrow, mere tunnel-like ducts through which futuristic 80s-style cars (which, remember, can also fly) drag themselves around under the city:

And when we say under the city we mean just that, given that several scenes lead us to think that, as in the New New York of Futurama, the city of Los Angeles is structured on several levels, which could be described as follows:

Whereas we saw that on the upper level shapes become smaller as they grow taller, on the lower level we see exactly the opposite. The buildings seem to be built along the typical lines of a modern building, but they gain in useful surface area as they add floors, probably due to the lack of space on which to build.

In a scene at the level of the 97th floor showing detective Deckard, the film’s main character, we can see what appears to be a large avenue surrounded by buildings which also serve as columns or supports for other buildings placed on top of them. In a city where space is a scarce resource, it makes sense to build in this way.

Note the person leaning over the balcony. This is Deckard, played by Harrison Ford.

Luxury can also be found in the buildings, but it’s only for the rich

The Tyrell Corporation building appears several times both in the film and in the book. Under the slogan “More human than human”, this is the company in charge of producing the robots known as replicants, as well as electronic pets. A strong and very powerful corporation on the planet, and the building shows this.

While there are structural reasons behind the shapes of most of the buildings in the film, that of Tyrell Corporation’s ziggurat seems to respond to aesthetic reasons. The owners can afford to splash out on space on all levels, in a clear exercise of ostentation.

The building could be considered a city, since all the skyscrapers we talked about before barely reach the “foothills” of this massive ziggurat, the size of a mountain and reminiscent of ancient Sumerian and Assyrian constructions.

Throughout the film there are many interior scenes, which can be classified into three artistic tendencies.

There seems to be a curious architectural analogy between the interior columns of one of the halls in the Tyrell Corporation building and the view from the balcony on which Deckard is standing: the buildings and columns are basically the same shape. This is important, since it helps put the corporation owners above the rest of the citizens, in a nod to the power of architecture in identifying levels of wealth and class systems in society.

The value of architecture is often underestimated in films or books, as if fiction did not need a physical context in which to develop. However, good buildings arise out of a solid and realistic environment such as the city in Blade Runner, a uchronia or alternative reality which we have – luckily – been able to avoid.