Megatunnels II: earth is neither created nor destroyed

In the 2nd century AD and driven by his insatiable thirst for mining, Roman emperor Trajan gave orders for the course of the river Sil in the northeast of Iberia to be diverted. This was done by excavating a 120-metre tunnel between the provinces of Lugo and Ourense, an area which has come to be known as Monte Furado (the hill with a hole).

Not far from that very spot, work on the 8.1 km Espiño tunnel – part of the high-speed rail link between Madrid and Galicia and a fine example of innovation on various counts – is nearing completion. Between the two lie almost 2000 years of fascination in the search for overcoming nature’s obstacles, a history full of spectacular infrastructures which the world now calls megatunnels.
Construction of the Espiño tunnel for the Madrid-Galicia high-speed rail link. 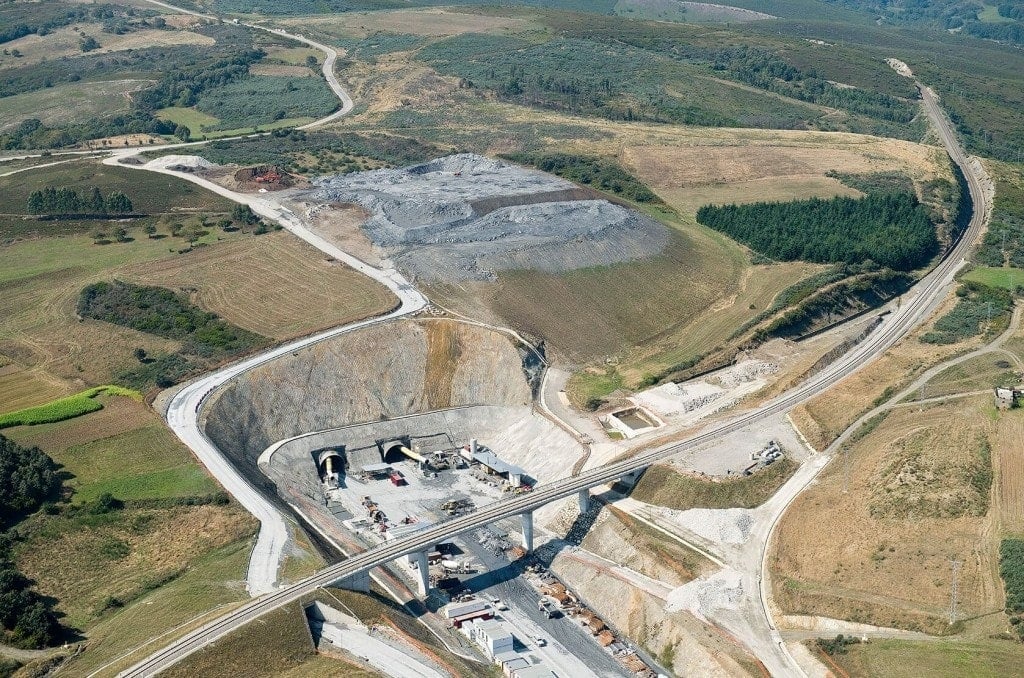 But what is a megatunnel?

It’s not a word that appears in the Oxford English Dictionary, or in engineering manuals. “The prefix mega, in addition to being a unit of measure, is obviously very much linked to the media, due to the idea of grandeur it conveys to the listener or reader,” explains Juan Carlos Guerra Torralbo, a civil engineer and head of geotechnical projects at Ferrovial-Agroman.

Yet this engineer, having seen so much in so many tunnels in his more than 25 years of experience, has his own definition. “I think a megatunnel could be defined as an underground construction made artificially by man to allow the passage of vehicles, people, goods and services, and which, given its special characteristics, can be classified as an extraordinary piece of building work.”

Thus, a megatunnel would be something out of the ordinary, a deviation from the norm, and, as such, something that captures our attention. So here are some of the largest tunnels running beneath the surface of the Earth, leaving Monte Furado as little more than a hole in the hill.

Kilometres below the ground (and the sea)

Almost 54 km long, the Seikan tunnel, linking the Japanese islands of Honshû and Hokkaidô, was for years the world’s longest tunnel. Built in 1988, the tunnel runs 100 metres below the seabed, and 240 metres below sea level. 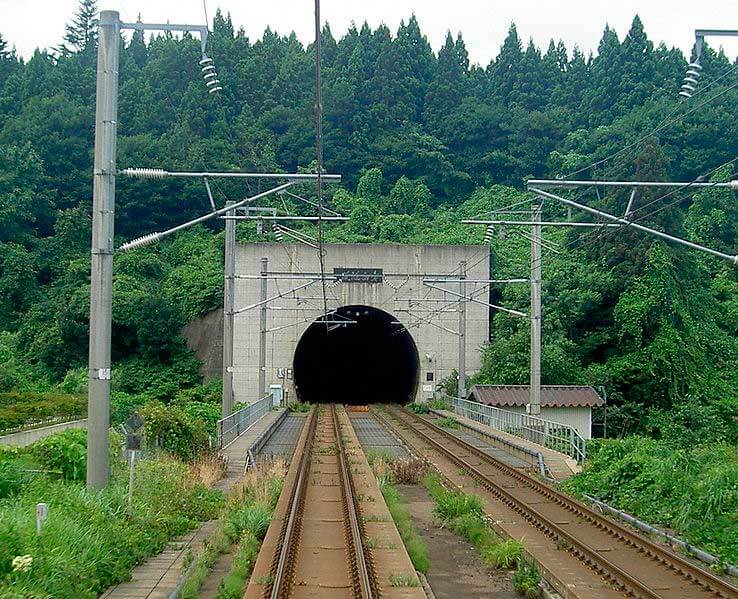 “Today, the honour of being the world’s longest tunnel is held by the Gotthard Base Tunnel, in Switzerland, which runs for 57 km at a depth of 2km under the Alps, linking Zurich and Milan in under 3 hours,” says Guerra Torralbo.

Europe also has its own massive projects, such as Eurotunnel, built in 1994 under the English Channel and running for just over 50 km. Or the Marmaray tunnel in Istanbul, the deepest in the world, which crosses the Bosphorus Strait at a depth of 1,800 metres to connect Asia and Europe.

“Here in Spain, the twin high-speed rail tunnels in Guadarrama are fascinating: at 28.4 km, they are the longest rail tunnels in Spain. Moreover, they also entered the history books for being built in just 28 months,” adds engineer Guerra Torralbo.

Other projects in Spain, whilst perhaps not the longest or the deepest, could be defined as mega for their extraordinary nature. “The underground station at Puerta del Sol in Madrid, which spans an area of some 3,000 m2, is 207 m long, 20 m wide and has a height of 15 m, was excavated using classical methods.” In other words, using picks and shovels.

Hollowing out the mountain

Although classical methods are still used, they are not considered for the construction of mega infrastructures. “For tunnels longer than 4.5 km, a tunnel boring machine (TBM) is the best option, given that the time taken for building and assembly will be compensated by its high output.”

Although this depends on a large number of factors, classical construction methods can usually achieve an output of some two metres of tunnel per day, while a TBM can excavate 15 metres in the same time. “The high outputs of these machines mean that high capacity auxiliary machinery for removing excavated earth is required, and this will need to be taken into account when drawing any bends in the layout,” explains Guerra Torralbo.

The Dulcinea tunnel boring machine, one of the largest in the world

Because, as engineer Guerra Torralbo says, “earth is neither created nor destroyed, simply transformed”. The treatment and reuse of the huge amount of debris created is one of the great challenges when hollowing out the earth to build a mega tunnel.

“Excavation of the Gotthard railway tunnel created 28.2 million tonnes of rubble. A part of this was used to manufacture 530,000 sections of tunnel lining and 450 km of platform. Close to two million cubic metres of concrete were manufactured,” explains Guerra Torralbo. “The rest of the excavated material was used to restore the topographical impacts of the construction works, or in recovered landfills.”

This brings us back to the 8.1 km Espiño tunnel, where one of the most significant innovations in rubble reuse, tecnosols (or technical soils), has been tested. “Tecnosols are obtained by mixing organic material, certain structural elements, additives and construction materials,” explains the engineer.

This technology, which was developed by the University of Santiago de Compostela in Galicia (Spain), allows for flexibility in reducing the impact of waste pollutants (in the case of the Espiño tunnel, large amounts of slate); increasing the durability and efficiency of traditional solutions; and reducing maintenance costs; as well as allowing a series of more complex chemical and biological processes than inorganic material.

Projects for the future

Some years ago, Norway’s public roads administration unveiled an ambitious project for linking the towns of Kristiansand and Trondheim with a new road which would cross its famous fjords. One of the solutions proposed involved a floating tunnel which would lie suspended between the water surface and the seabed.

“Large expanses of water are difficult to cross using aerial structures, and underwater tunnels, excavated under the seabed, tend to be the preferred solution”, says Guerra Torralbo. “There are some examples where both are used, such as the link at Øresund connecting Denmark and Sweden with a 7.8 km bridge and a 3.5 km tunnel”.

However, although innovation in tunnel construction has advanced, the Norwegian project seems a long way from construction. “Could it become a reality? Perhaps. But I don’t think it will be easy,” our engineer concludes. “Countries such as Italy, the US and Japan have also studied the feasibility of similar projects for difficult geographical areas, albeit on a smaller scale. But none have gone ahead.”

There is another project in the pipeline for a megatunnel under the sea, which could potentially be recovered in the future, although it was proposed already some time ago. A tunnel under the Strait of Gibraltar, connecting Spain and Morocco. No concrete steps have been taken yet, but draft projects have certainly been drawn up.

From the north of Europe to the south, two projects which perhaps will never become a reality. But they nevertheless feed our fascination for large infrastructures which have helped mankind overcome a large number of the planet’s natural physical barriers.