The mother of all roads against the Great Depression: keys to the myth of Route 66

Summer of ’91. A convertible, a motorbike or a van and 4,000 kilometres of asphalt stretching ahead. The goal: to cross the United States and to take a picture of the iconic blue, red and white sign marking Route 66. A year earlier, Congress had approved a law recognising this mother of all roads as a symbol of the American past, of continuous travel and of the dream of searching for a better life.

Why would a road between Chicago and Los Angeles become the symbol for an entire country, and one of the most sought-after road trip destinations? The story has much to do with the conquest of the West, sandstorms of biblical proportions, the Great Depression, the changes within a country which still pines for the uncomplicated times of the past, and the birth of the motor industry.

The beginnings of a myth

When the Europeans first set foot in North America, the native peoples had been using the same routes for crossing the great plains of what today are Oklahoma, Texas and New Mexico for thousands of years. The Spanish, French and English travelled along the same trails, insistently carved deeper by men and horses. In the mid-19th century, a military officer named Edward Beale built one of the first ever railway lines along this route, between New Mexico and California.

It was the time of the gold rush and the conquest of the West, with the train as the great ally. Unknowingly, Edward Beale was drawing the first plan of Route 66, as Arthur Krim explains in his book Route 66: Iconography of the American Highway. By the end of the century, the train had become the most popular form of transport for crossing the great plains of North America. Numerous shops, inns and other attractions had sprung up around the railway line. But the dominance of the steam engine did not last very long. 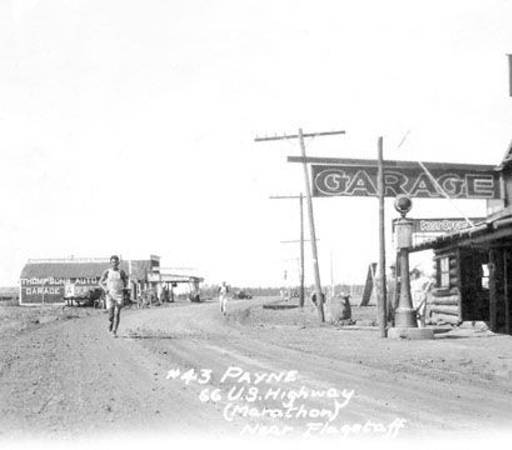 One of the first pictures of Route 66 / Source: Archive of the University of Arizona

As the 20th century kicked off, so did large-scale production of a new form of transport which would change world history: the automobile. With it came the need for building the first roads. Using old trails and routes opened up by the train lines, and joining up some of the first roads from the East Coast, Route 66 started to take shape and was officially opened and named in 1926. It was signposted only in the following year, and was not fully paved until the mid-thirties, as explained in this document from the University of Arizona.

A country of tractors and lorries

Contrary to other routes from the first US road network, number 66 followed a diagonal course, becoming the only connection for agricultural communities in the centre of the country. ‘This diagonal layout was particularly important for the road transport sector. In addition to being a short route between Chicago and the Pacific coast, Route 66 crossed the flat plains which had a more temperate climate than the roads to the north, making it more attractive for lorry drivers’, according to the US National Park Service (NPS).

Between Chicago and St. Louis (Missouri) alone, heavy traffic went from 1,500 vehicles a day to 7,500 at the beginning of the thirties. A quarter of all traffic was tractors. Thanks to the road, agricultural exports from the central plains to cities in the east and the west increased. Route 66 was becoming important, and, as a reward, it was fully paved. 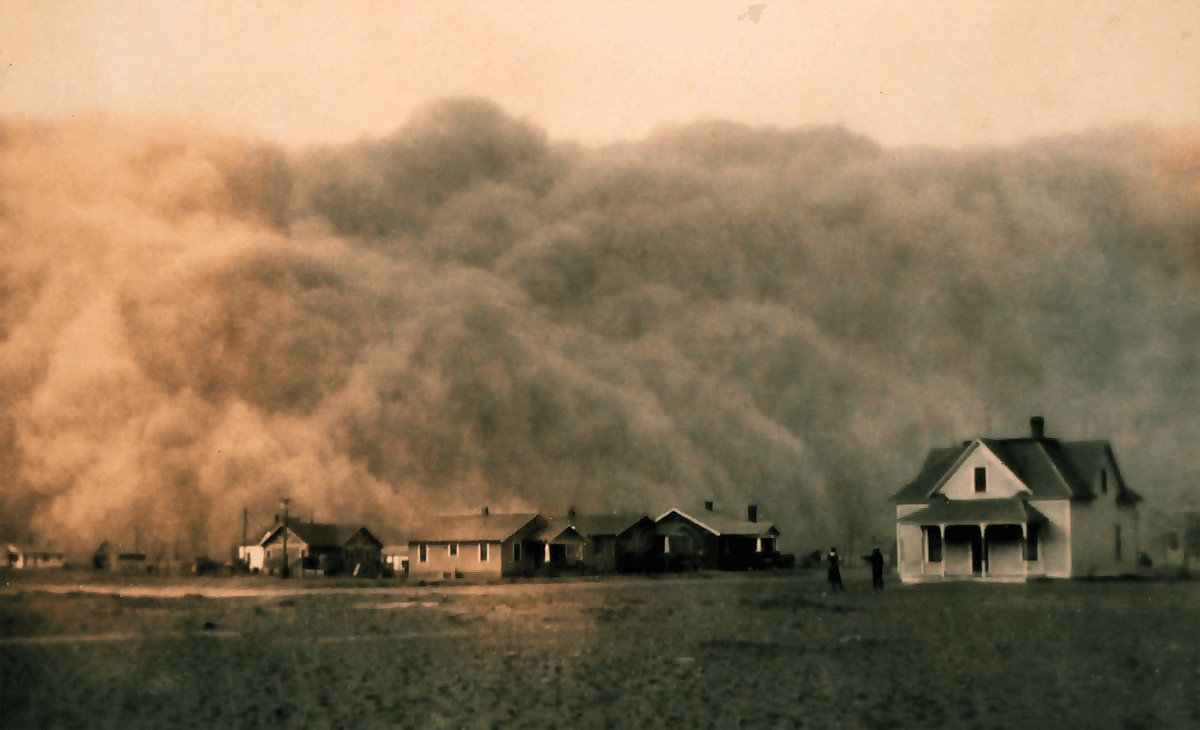 An escape route towards a better world

‘It was sad to see families on the move and in need. We lived in a small trailer parked in Kit Carson (Colorado). While there we saw and talked to many families who had left the Dust Bowl areas, many striving to find a better life’. So wrote a Mrs. Currier, as documented by the University of Arizona, illustrating the least industrial side of Route 66. This is when the mother of all roads became the best weapon against the Great Depression.

During the thirties, the Great Plains were affected by severe drought. Dust storms swept everything away and eroded land which had been inadequately ploughed and cultivated in previous decades. Prices were in freefall, impoverishment within cities had made the demand for food drop, and more than 200,000 people were forced to leave Oklahoma, Arkansas and Missouri, an area which has gone down in history as the Dust Bowl. Route 66 was an escape route towards the promise of a job and a home in California and Arizona. 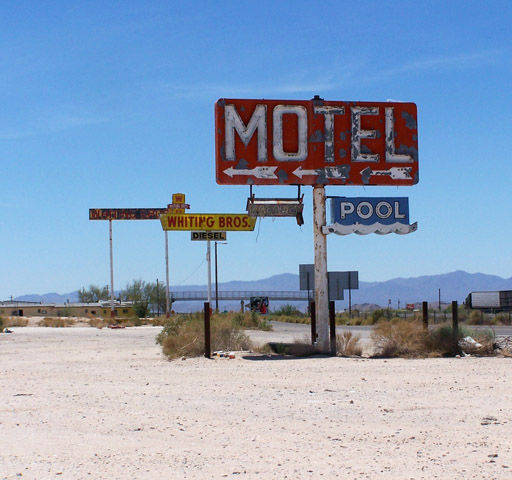 The car, oblivion and the resurgence of a myth

Following the Great Depression came the Second World War. The arms industry flourished in the west of the United States and Route 66 constantly carried a stream of cars and lorries. Next up was the automobile boom (between the mid-forties and the mid-fifties the number of cars sold in the US doubled), and the road put the memory of the Dust Bowl behind it to become a symbol of freedom.

Route 66 featured prominently in TV series and songs, anticipating a tribute to a road which was about to become the victim of progress. In the seventies, it was left aside in favour of the great interstate highways. On 26th June 1979 it was stripped of its original name and was officially dismantled six years later.

The Mother of Roads is a symbol and one of the great tourist attractions for those who are still looking for their dream road trip. But in fact, it actually no longer exists. Parts of the old paved road remain, with signposts reading Old Road 66, having been conserved for reasons of nostalgia and historical interest. Many of the old establishments and some of the original signs also still remain. It continues to be a way of travelling back to the past, but the road from Chicago to California is no longer the same one that saved entire populations from being buried under the dust.