The engaged eCitizen: towards the city transformation

We hear much about the relentless movement of people to cities on a global basis. Populations are spiralling upwards and much of our global city infrastructure is struggling to deal with a growing population and the challenges that it brings. According to the UN projections two thirds of people will be living in cities by 2050. The growth is caused by an accelerating shift from rural to urban living across the world, particularly in Asia. 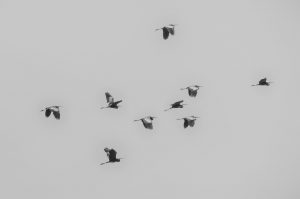 In reality, there is a ‘snowball effect’. As people move to urbanised centres to find work, employers move because of the availability of a workforce, meaning there is also a need for services and infrastructure to support those people as more people arrive.

For tens, hundreds or thousands of years, depending on the city, infrastructure and services for the citizens have been led by a centralised model often referred to as ‘The experts know best’. Throughout history citizens have either voted their support or objection through democratic elections, voted with their feet and left unsuccessful cities, or voted through taking direct action to achieve change.

In modern developed society, the public is consulted on new issues. This often means that some proposals are presented online as well as in hard copy. There may be options presented but, equally as often, a preferred course of action is presented and the disparate citizens are asked to comment, support or object. As a positive example of consulted decisions, we can look at Madrid’s “Plaza de España” reconstruction, where the project was selected and voted by the citizens of Madrid. However, more often than not, citizens commenting individually against the might of the city, does not stand a chance. 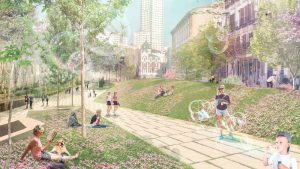 Communication, both in a positive affirmatory sense and an objectionable way, is becoming quicker. The sheer speed of issues ‘going viral’ is a new phenomenon that can affect any politician, celebrity or businessperson who appears to say or do the wrong thing. Issues that would previously have been spread by word of mouth can now spread much faster with the simple click of a button, reaching out to networks, networks of networks and beyond.

The organisation Cities for Services attempted to evaluate the cities with the most devotion to their citizens through the “Engaged Cities Award” initiative. The initiative attempted to shine a light on the growing number of ways city leaders are co-creating the future with residents, enabling cities around the world to learn from best practices and bring effective strategies back to their own cities. 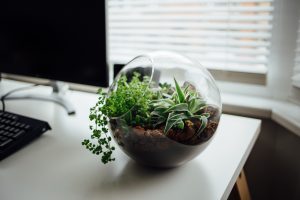 If the citizen is now engaged, as described above, and prepared to do something about an issue, the role of the citizen becomes ever more powerful. City and business leaders are very aware of this new voice in the city, or at least should be.

So, is this just a threat or is it an opportunity?

Services companies have historically had one voice to listen to, that of the City with whom they sign a contract, to deliver the services. There is now an opportunity to engage the public in a more agile way, to deliver services that people want in a way they say they want, but still within the boundaries of the law, appropriate regulations and other parameters such as cost and safety.

Ferrovial Services recently undertook a project employing a “two way feedback channel” called Changify from Design for Social Change. This project enrolled a group of 150 road users; mainly cyclists and walkers, and sought their opinions on the city in which the company was working. Significantly, it was not a release of complaints and problems, but became a channel for opportunities, possibilities and future directions. 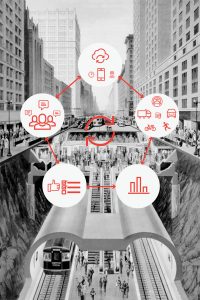 The power of the Changify platform is that it encourages citizens to talk to each other, to rate and prioritise issues and opportunities so that the city, or service provider, deals with the most highly rated ones, a proxy for the most important ones. It was possible to see a contrast in what the public thought important compared to what the city determined important while designing the contract for the Highways team to subsequently deliver. 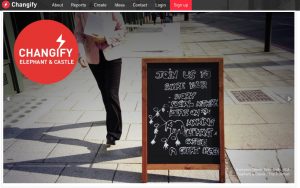 Perhaps now it’s possible to work with city authorities to make contracts operate in an agile real-time manner in order to achieve the outcomes that the citizens want, rather than potentially delivering commoditised services on a defined frequency. Citizens want safer, cleaner, greener cities with access to employment opportunities, leisure and healthcare services. They want to be able to move around the city freely and reliably. If city authorities, contractors and residents can put their minds and actively collaborate together – we can truly achieve this, we can truly achieve this.