What will 2019 bring? Find out our predictions for the new year i... 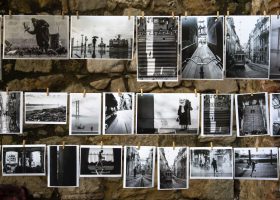 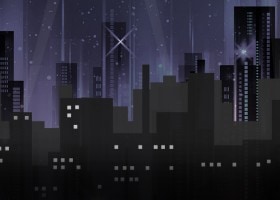 What can we expect from 2019? Another year (and there’s already been a few) where this question raises more doubt than certainty. Politics, the economy, society, technology, how we interact with each other… all of these will be changing at great speed. On a more personal level, even the way we drive, how we get around the city, do our shopping, communicate with friends or choose our supper (even choosing our partner) will work in a way that, even 20 years ago would have seemed like science fiction. Some would even have classed it as possibly dystopian.

What will happen in the political and economic world?

An intense electoral year is ahead

In the political world, it will be a year of change: European Parliamentary elections await, as do Spanish local and regional (and maybe even general). The Polish Parliament will be all change along with many local elections in UK, Ireland, New Zealand and the US (Chicago, Dallas, Denver, Houston, Indianapolis, Las Vegas, Philadelphia, San Antonio, San Francisco and Tampa). Federal elections will also take place in Australia and Canada, as well as the states of New South Wales and Alberta. Furthermore, the new Governments of Brazil and Mexico will get underway. We will remain vigilant and watch out for these new government’s policies on investing in infrastructure and urban and environmental services, one of the most effective ways to improve the quality of life of its citizens.

Brexit: the end is near

2019 will also be the year when the British people define their future relationship with the EU. With only 3 months to go until the planned date of the UK-EU divorce, the range of open options is rather similar to one of those “Choose your own adventure” stories that we enjoyed as children. From a No Deal scenario and the abrupt exit of the common market, to the possibility of the UK staying in after all, passing through other varied options such as a Norway style deal, the calling of elections and the forming of a new government, even the so called “Peoples’ Vote”! The only sure thing now seems to be a cup of tea at 5.

Economic growth will slow down

From an economic perspective, the level of uncertainty is also high. We will grow, but at a lesser rate than in 2018. Global expansion has reached its peak and seems to face a gentle slow down. The forecasts from the main international organizations point towards a moderate growth in the US (2.5%), Canada (2.1%), the Eurozone (1.8%) and the UK (1.4%). For Spain, the average of the predictions points to 2.2%, in line with the slowing down of its main trading partners. Fortunately, Australia and Poland will maintain their solid level of growth (3% and 3.7%, respectively). Although this is all subject to 3 conditions: the next moves in the US-China trade war, changes in the price of oil and the speed at which Central Banks withdraw their stimulus packages which, if too fast, could destabilize the markets. Possible positive surprises could include the US reviving its long-awaited infrastructure plan, which could bring about an investment of 1.5 trillion USD and encourage US growth.

How will we progress in the technological, artificial intelligence and robotic fields?

Artificial intelligence will be one of the areas which dominates many a debate in 2019, due to its increasing presence in our day to day lives.  In the coming year we will decide which path we take, if we dive head first into a technological, hyper connected universe with autonomous machines, far beyond the domestic uses to put on music and ask for traffic updates.

In the business sector, it’s clear that automation and robotization will continue to advance in order to save costs and increase efficiency. This, at the same time, will increase the neo-luddite debate about whether robotization, the chatbots and other technology are replacing the work of humans. One could think, as happened during the Industrial Revolution, that the eruption of new ways of working will destroy low-skilled manual labour jobs, but it will also generate economies that allow the creation of new, specialist, highly qualified, and better paid jobs. In case of doubt, the best option is to continue training in digital skills.

Self-driving cars, on the starting grid

Perhaps this year will see the launch of autonomous mobility with the first driverless cars on the roads? What is for sure is that it will be the year of Zity, which will continue to expand its zone of operation to Madrid airport and the outskirts of the city. In this sense, the implementation of zero emission zones in the centre of big cities will be a growing theme and will favour the growth of new and sustainable forms of travel, in which Zity and Wondo can be important tools.

It will also be a year full of symbolic change

It will also be the year when over half the world gains access to the internet and when India overtakes the UK in terms of GDP, becoming the 6th biggest world economy. 2019 will be the year when the Millennials take center stage (yes, even more so) in the USA, as they will overtake the number of “baby boomers”, which until now has been the largest generation. Thanks to the UN, it will also be the “Year of Indigenous Languages”. Maybe it’s the time to jump in and learn one!

And maybe we will change time for the last time

Finally, 2019 could be the year when time itself changes. The EU will do away with the change of the clocks in October, and member states will have to decide before April if they stay in summer time or winter. These changes were initially put into place to save energy however now we have at our disposal technology which lights up our cities in a much more efficient way. Will the debate and calculations about whether we gain or lose an hour of sleep end? Without doubt, it will be one of the big debates in Europe during the next year.

But all of these, friends, are nothing more than predictions. The only thing we can say with certainty is that, for another year, Spain and the UK will be fighting to avoid last place in Eurovision.

In conclusion, 2019 is going to be what we make it. So, prepare your wish lists, visualize your objectives, focus on your goals…. And bring on 2019!