If you aren’t a brand, you’re a commodity, or at least that’s what Philip Kotler says. It’s possible to sell information, tech services, pleasure, or designs for large transportation infrastructure. The key to doing it is going through an apparently simple process: communicating it. In a corporate ecosystem where areas like Strategy, Finance, and Innovation play a key role, it is of special interest to reconsider the following questions: what is the objective of Corporate Communications’ role? How and why does it come about? In the following paragraphs, I’ll summarize the origins and evolution of Communications, as well as why I consider Communications to be a strategic area for organizations.

The origin of corporate communications was in the United States. Specifically, we have to go back to the end of the 19th century and the start of the 20th century following the new industrial society, as the report “Investigation about the Historical Evolution of Public Relations” (“Investigación sobre la Evolución Histórica de las Relaciones Públicas”) recounts. The goal was basically the same as it is today: contributing to improving the image, positioning, and public profile of politicians and organizations, even though at that time public relations was discussed more than communications.

We can find one of the first references to the profession in the early years of the 20th century from the desk of Ivy Ledbetter Lee, considered to be the “father of public relations” who created the first office of Public Relations in New York in 1904. 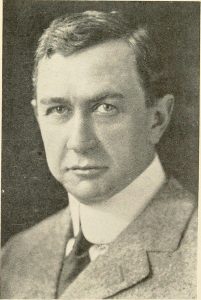 A Princeton graduate, he worked for the coal industry and advised the great oil magnate Rockefeller after a strike at one of his businesses, “Colorado Fuel & Iron Company.” Another great pillar of this profession was Edward Bernays, who applied the fundamentals of psychology to the development of public relations in the 1920s, and he came to advise public figures like Eisenhower and Reagan. Bernays – the author of what is considered to be the first book on public relations, “Crystallizing Public Opinion,” and a nephew of Sigmund Freud’s – is considered to be one of the inventors of propaganda and publicity. A third figure of relevance from the 1960s was Theodore Sorensen, John F. Kennedy’s speechwriter who coined, among other things, the well-known phrase, “Ask not what your country can do for you, ask what you can do for your country.”

These three figures were in large part the pillars that contributed to the birth of public relations and political communications as we know it today. In this sense, it could be said that the profession was borne more out of the need for political advising than for businesses, but it would soon come to be a strategic area for large organizations, as well.

In the second half of the 20th century following World War II, Communications experienced significant advancement in the US. This was due to the boom of the first international firms after the social, political, and economic development that the country was experiencing. The world of public relations and communications – as a result of economic globalization – made the leap from politics to the business world. Large organizations started to see that – thanks to the public relations profession – they could considerably improve their relationship with their main interest groups: investors, clients, politicians, or associations. In particular, the role of advising in the public sphere, the production of speeches with speechwriters, as well as relationships with the media or crisis management for businesses. And that is why this area became, albeit slowly, a strategic area for large businesses.

As for Europe, the profession’s first incursions took place in countries like England, Holland, and Germany. In Spain, it was the young executive Joaquín Maestre – from the Barcelona publicity agency Danys – who introduced the term “relaciones públicas,” or public relations. He did so after attending a publicity meeting in the city of Antwerp. Until that point, “campañas de prestigio” (“prestige campaigns”) were discussed in Spain. In a study carried out by the University of Navarra, it was gathered that it was Joaquín Maestre who founded the Anonymous Spanish Society for Public Relations (Sociedad Anónima Española de Relaciones Públicas) in 1960. Other initiatives were then built on these foundations, such as the Spanish Association for Public Relations (Agrupación Española de Relaciones Públicas) in Barcelona or the Spanish Center for Public Relations (Centro Español de Relaciones Públicas) in Madrid.

It would be in 1974 when public relations would enter the public university for the first time under the branch of Publicity. And until that decade, the Spanish economy did not offer the competitiveness necessary to drive Communications with a capital ‘c.’ Alongside the economic takeoff, the most significant milestone was securing freedom of the press from 1975 on with the arrival of democracy, which promoted the creation of new media, higher investment in publicity, and the first Communications fields in businesses.

Luis Abril, former Communications advisor to large corporations like Telefónica – one of the first companies to have a Communications department in Spain – notes that “communications as a role inside an organization began as a tool for protection against negative press.” The 1980s came and went, and criticism of large companies meant scandal. How could they alleviate it? By contracting someone to – as Abril aptly put it – “get us out of messes with the press.” Nonetheless, as the years went by the sector became professionalized, and the first consulting companies started to appear. The media started to realize that businesses were reacting to their criticisms, which gave way to the creation of the first exclusively economic and corporate news media. Another significant driver of the profession was when businesses started to operate internationally and the demand for transparency from the market was greater: it was in that moment that what we know today as communications departments started to form.

Today, it is a commodity to state that every large business has a solid Communications department linked to top management. We have moved from the “prestige campaigns” of the 1950s to reputation management, intangibles, and digital strategy. From the Spanish Center for Public Relations in 1960, we have evolved to organizations like DIRCOM or the Association of Consulting Companies in Public Relations and Communications (Asociación de Empresas Consultoras en Relaciones Públicas y Comunicación). And in Spain, Communications has grown by leaps and bounds: today, the sector that houses the largest communications agencies in Spain has a turnover of around 200 million euros, according to the “PR 2018” report.

As with everything, in order to analyze the present, we must look to the past, and following this brief historical overview of the profession, it could be said that Communications and Public Relations are nowadays ever-more strategic roles in organizations. According to the report The State of Communications in Spain (El Estado de la Comunicación en España), “communications management is continually more in the hands of organizations’ top-level executives,” reporting to the president or the CEO. In addition, one of the main priorities that those of us practicing this profession have before us is connecting communications strategies and the organization. In the future, Communications’ challenges will not only be strategic. They will also be technological – like the use of big data – or related to quality content management. I am sure that we will be up to these challenges.