Can a Road Help Clean the Air in Our Cities?

Pollution from traffic is one of the main causes of low air quality in cities. All over the world, different measures have been taken to reverse this situation in the last few years, and all of them are directed at reducing traffic and omissions. Some examples are Madrid Central and the Ciclovía in Bogotá. But what if the highway itself could become the solution?

There are currently different technological solutions for reducing contamination through asphalt. Their impact and effectiveness vary, and there is still a long way to go in terms of innovation. These actions range from reducing emissions and manufacturing asphalt materials or using recycled elements to types of pavement that react with nitrogen oxides and trap them.

Flexible asphalt pavement is standard on roads. It is pavement made up of several layers. The purpose of the top-most layer of asphalt (called the surface course) is to transmit the tension caused by traffic to the lower layers of pavement. Its function is clear, but measuring its ecological footprint isn’t.

According to the paper ‘Quantifying the environmental burdens of the hot mix asphalt pavements and the production of warm mix asphalt,’ published in 2016 in the ‘International Journal of Pavement Research and Technology’, the greatest impact occurs while creating the material and building the road. The emissions produced during a road’s use are practically impossible to quantify, given that they are heavily impacted by traffic.

So, the first front is the manufacturing phase. “In order to reduce impact, there are two very important things. The first is reusing sand and gravel as well as bitumen [the two main components of the asphalt used on roads] since these products can be used a certain number of times. The second is reducing the manufacturing temperature, with the resulting reduction in energy consumption and emissions,” explains José Javier García Pardenilla, manager of Ditecpesa, a Ferrovial Group company. 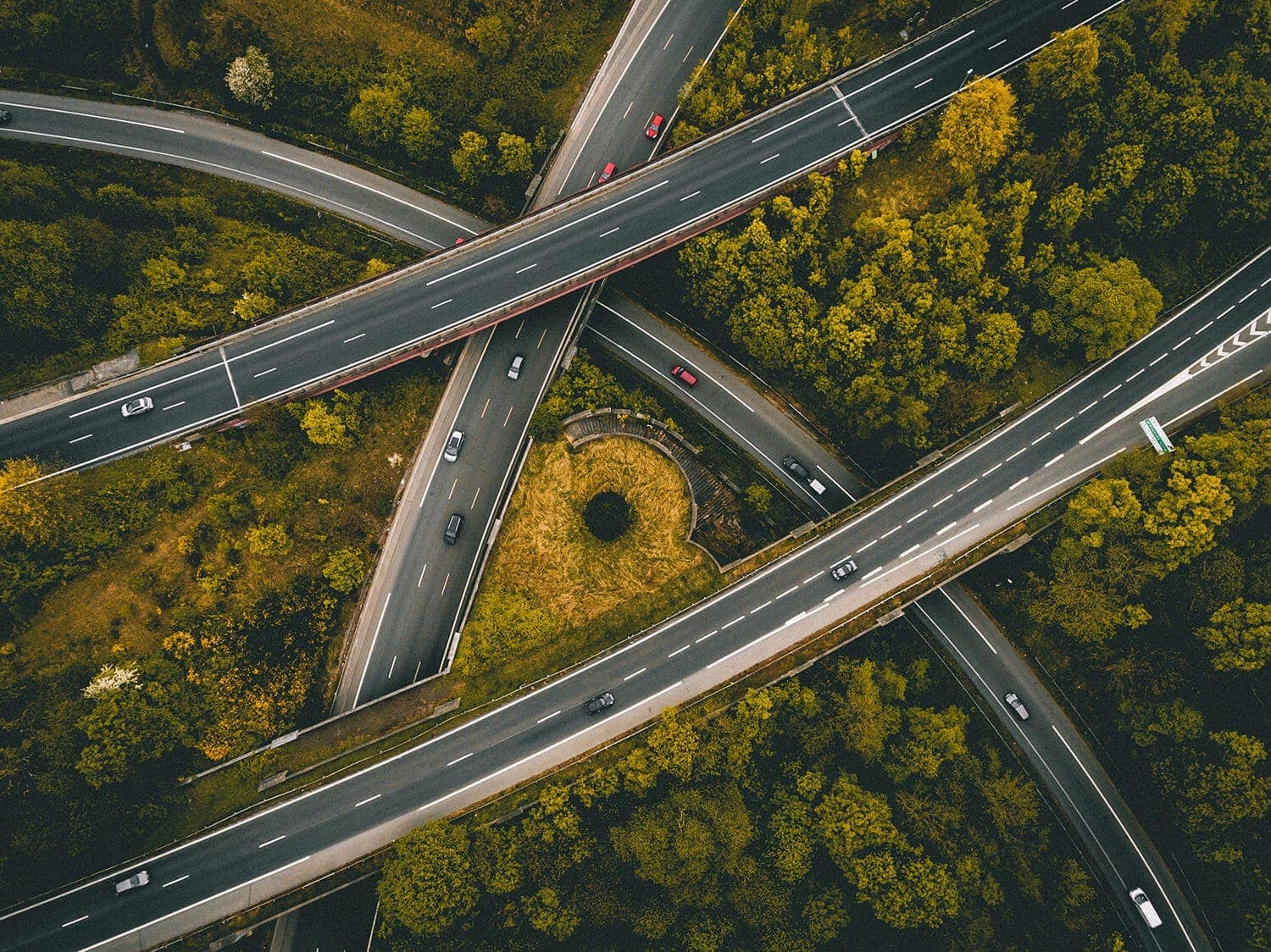 Today, both actions carry little weight at the global level. Some countries like Holland that don’t have sand and gravel have committed to recycling asphalt components. Others, like France and the United States, have bolstered the use of WMA technologies (warm mix asphalt), which allow for significant reductions in the manufacturing temperature.

In Spain, reconstruction on A-66 between León and Benavente, which Ferrovial Agroman will carry out in 2019, will use about 25% of recycled agglomerate (a mix of bitumen and sand and gravel). The project includes replacing three layers of pavement that are nine, six, and five centimeters thick. The first layer is where they plan to use about 25% of reused material, which will come from milling the old pavement. In all, it is estimated that more than 42,000 tons of the mixture with 25% reused material will be used.

Can asphalt be green?

In the search to reduce roads’ environmental impact, innovations like using recycled tires or plastics for manufacturing roads have been put to the test in the last few years. All of them fall under the term – still loosely defined – of green asphalt. “The three most important aspects that have the biggest impact are still making long-lasting pavement, recycling agglomerates, and manufacturing them at low temperatures,” says García Pardenilla.

For the time being, the biggest impact from an environmental perspective is achieved by recycling road surfaces. That is, once the old road surface is milled, technologies allow it to be mixed with some new materials, creating a roadway with the same characteristics as if it were totally new. “Neither sand and gravel nor tar experience significant wear over the life of the road surface, so reusing them is something that should basically be obligatory,” the Ditecpesa manager remarks in this article.

Going back to the A-66 between León and Benavente, being able to manufacture the agglomerate with reused material requires adding a recycling team to conventional manufacturing plants. The cold recycled material is put into the mixer, and it heats up through contact with the hot sand and gravel until it reaches manufacturing temperatures. Then, the new or additional bitumen is added, and the mixture is homogenized. Lastly, this mixture is taken to construction sites, and it is spread like a conventional mixture.

Another action that allows us to reduce the ecological footprint of roads is pushing back when asphalt is renovated as much as possible. That means building long-lasting pavements. That is especially important in areas with extreme climates, where the tensions and wear that materials are exposed to are greater. Lastly, the third pillar to move toward those green asphalts would be reducing the manufacturing temperature of agglomerates. 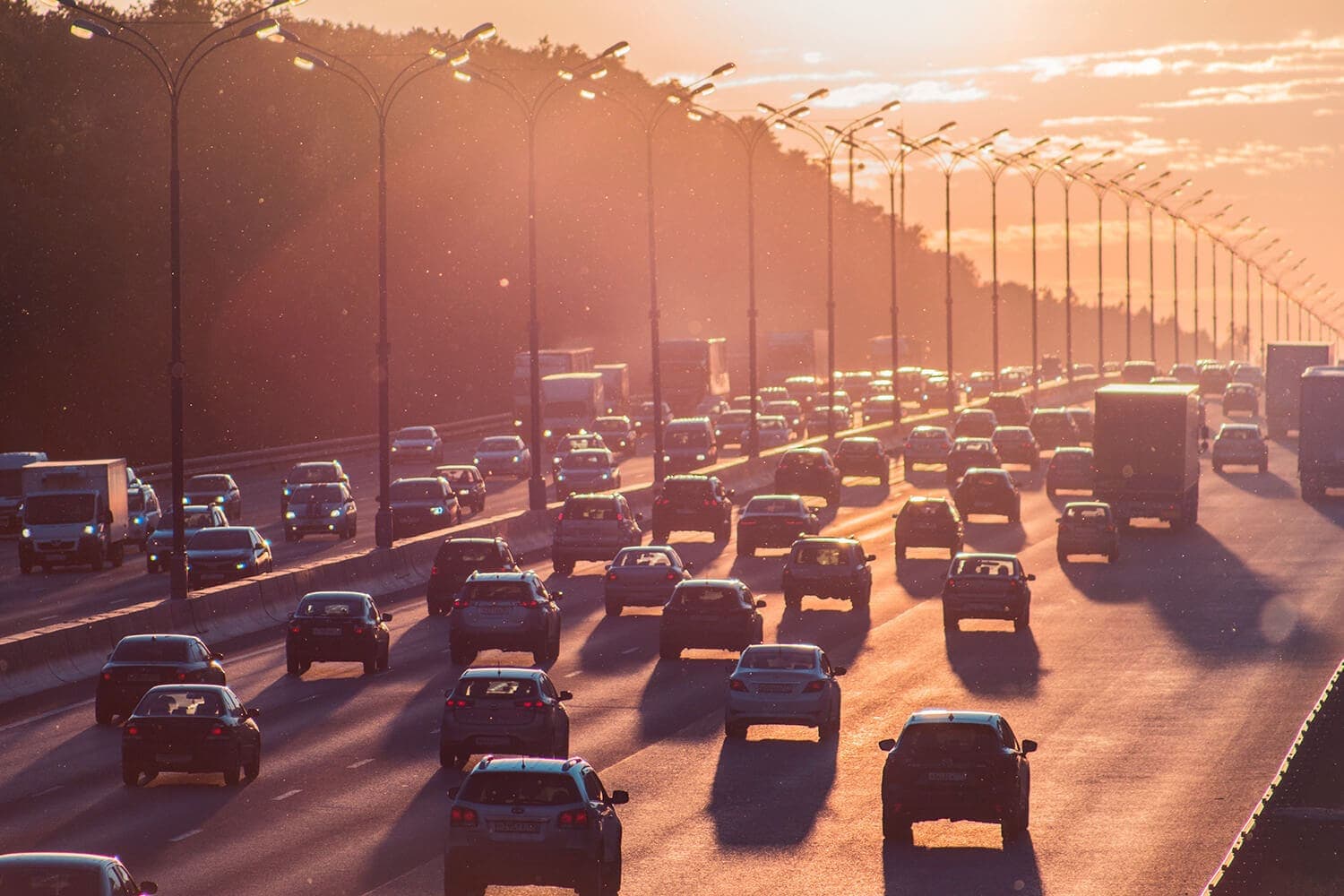 Materials like titanium dioxide react with nitrogen oxides given off by engines. | Unsplash | Alexander Popov

Over the last few years, one of the innovations that has gotten the most attention are materials capable of “trapping” the nitrogen oxides (NOx) produced by combustion engines, particularly the ones that run on diesel. They are gases that are produced by the reaction between oxygen and nitrogen, and they’re highly irritating. Besides, they can end up forming the basis for even more pollutant chemical compounds, like nitric acid (which appears when NO₂ reacts with water), causing acid rain.

Thus, asphalt materials have been developed that are capable of decomposing nitrogen oxides. For example, the possibility of using titanium oxide in walls and pavements that reacts with NOx’s, with the help of sunlight, has been studied in Madrid. “Qualitatively, something happens. But at the quantitative level, it’s low impact. Pavement is in open environments, and, even though it is true that this reaction can happen, it’s difficult to get a significant percentage of pollutant molecules to come into contact with the pavement,” José Javier García Pardenilla explains. “In confined spaces like tunnels, the use of titanium dioxide would be much more effective.”

The materials we’ve built cities with directly affect quality of life for the people living in them. Even though it isn’t pollution, strictly speaking, the so-called heat island is one of the most studied urban effects. Lack of green spaces, polluting gases, concrete, and asphalt are its main causes. “Heat islands are created because pavement is a black body that absorbs solar radiation during the day, and when it stops getting it at night, it starts to release it,” García Pardenilla notes.

The same thing happens with other materials, like the concrete in buildings. And it is more noticeable in the presence of pollutant gases and the absence of green zones. The consequences are clear: urban heat islands tend to exaggerate the extreme heat of summer. The differences in cities and outside of them can get to be over 8°C.

“The effect of asphalt can be lowered by incorporating white surfaces into the pavement, which would reflect heat by radiation and make the pavement heat up less,” the manager of Ditecpesa adds. That means that using so-called cool pavement to increase the albedo effect (the reflection of solar radiation) on pavements. 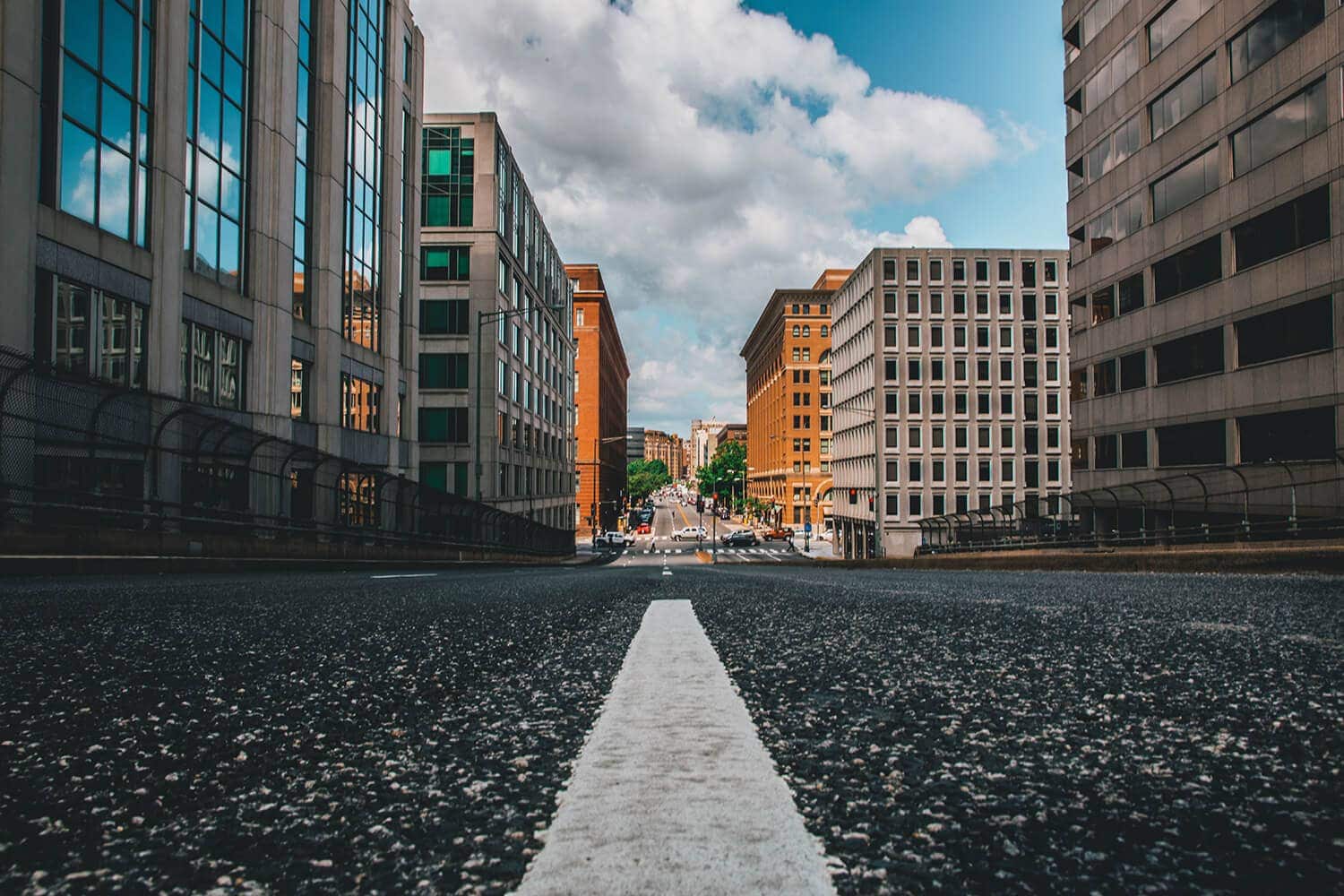 As North America’s Environmental Protection Agency (EPA) explains in detail, conventional pavements can reach highs of up to 67°C in summer. The excess heat is transferred to the air and also heats up rainwater as it flows from the pavement to local waterways. “Given the large amount of area covered by pavement in urban areas, cool pavements are an important element to consider in mitigating heat islands,” they conclude.

Emissions in the manufacturing stages, recycling and reuse, longer-lasting asphalt, materials that trap pollution or reduce the heat island effect… There are many ways to contribute to this cause, from asphalt to reducing the environmental impact of human activities. Science and innovation have proven that it is possible. Now, the only thing missing is to make it a reality on a large scale.