SimCity: 30 Years Making Urbanism and City Management into a Game 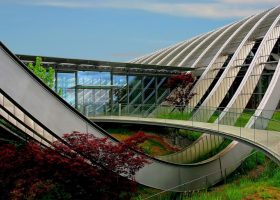 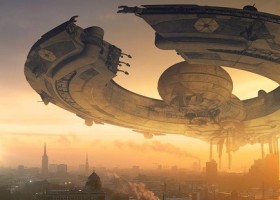 Legend has it that, as Will Wright designed a new wargame called Raid on Bungeling Bay, he found the terrain editor more exciting than the mechanics of the game itself. In fact, he perfected it to such a degree that, on his next project, he decided to take it one step further: creating a game centered on planning and designing a whole city, complete with its resources, economy, and a realism modeled around simulating real metropolises. This game would be called SimCity, and this happened exactly 30 years ago now.

More than just a game 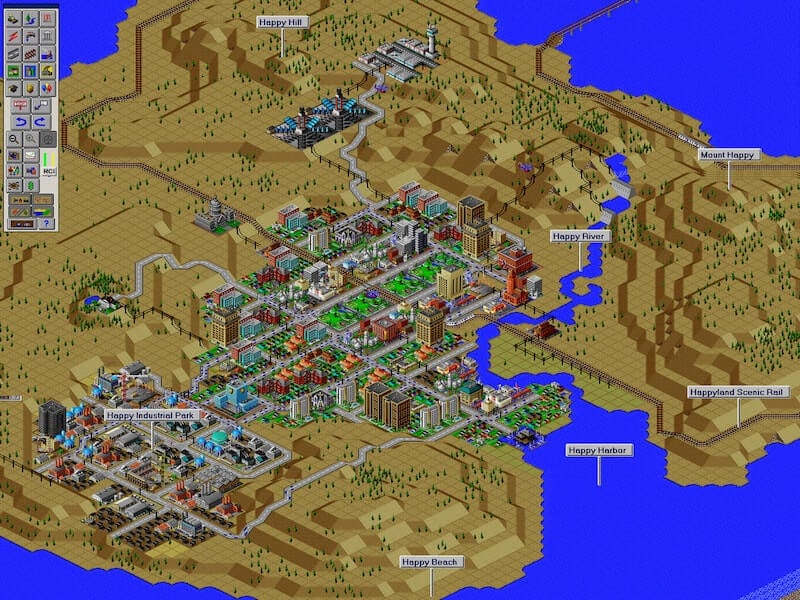 There are several elements that have made SimCity worthy of being called “legendary,” as well as being considered “one of the most influential videogames in the industry” and one of the highest sellers, too. The first of these is the concept of simulation where several realistic, well-defined rules determine what happens to the characters and landscapes in the game. The second innovative aspect is that it is a game where there are no winners or losers. The objective of SimCity was having fun, so there were those who enjoyed creating wealthy cities; those who preferred to see them leveled by earthquakes, floods, or other natural disasters; and those who simply enjoyed giving it an artistic touch that set it apart. It’s an idea that shaped today’s games, such as Minecraft and Skyrim.

SimCity took a lot from what was known about urban planning at the time. In fact, Wright admitted to using ideas and formulas from Urban Dynamics, a book by Jay W. Forrester that was published in 1969 and explains a few basic concepts. It is because of these that the imaginary city was divided into different sorts of areas (industrial, commercial, residential) and drew on ideas like urban density, highway capacity, and energy and resource usage. 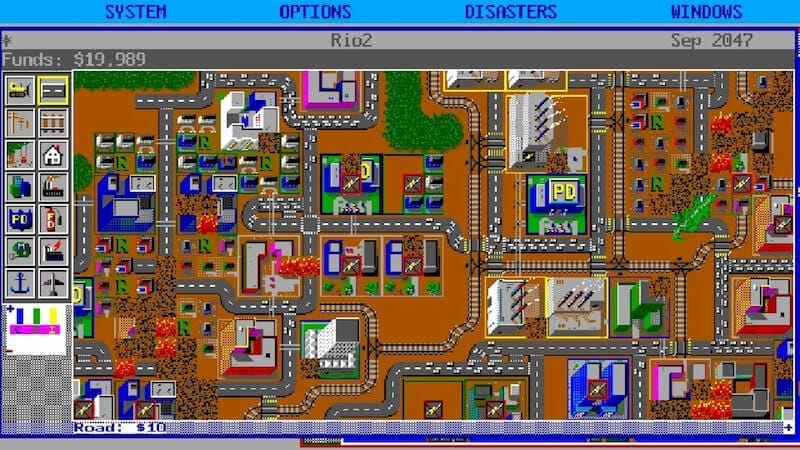 In 1989, personal computers weren’t what they are today, so the first version of SimCity had many limitations. The graphics were rough: a flat layout with big square blocks. Nor were there many options, but this would improve over the years. Players basically drew roads and buildings on the map, watching how, as time passed (months and years), the economy would evolve and the city would develop.

Control was taken mainly through taxes and budgeting: money was collected from residents and buildings, and then invested in sectors like safety, firefighters, or tourism to attract more people. Residents (called “sims”) were happier when there weren’t traffic jams and if there were more libraries or amusement parks.

With the arrival of SimCity 2000 (in 1993), the graphics were notably better now that they were isometric. Hundreds of important options were also added, such as the underground layers where water canals or metro lines could be built, thereby improving ways to interconnect different areas of the city. The roads could be multilane highways, and bus stations, trains, airports, and seaports were included.

The secret was in the details 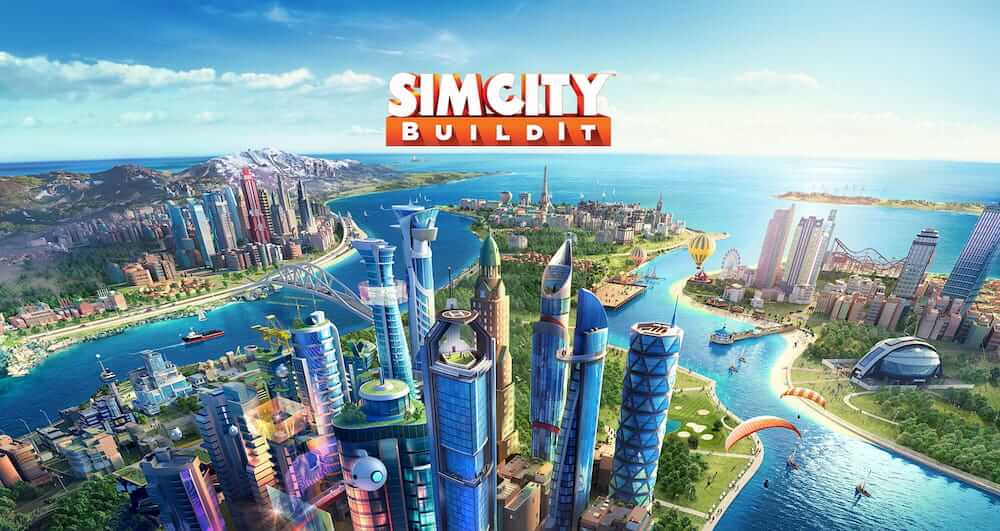 SimCity’s simulation made it so that, in order to improve the city, you had to learn formulas about urban planning and put them into practice; in fact, it is said that it would be hard to find someone who works in civil engineering or infrastructure that hasn’t played SimCity at some point. One highly important element, for example, are energy sources: energy centers must be built as soon as possible, and then energy must be transported to cities, in addition to getting the roads connected to everything. Choosing the best place for the city (near rivers, lakes, or the sea) is also important, as is the size of the city blocks: some allow players to build and use the maximum amount of land with a minimum of streets around it (the ideal size would be the “6 by 6”).

The number of details in modern cities missing from the first versions of SimCity is a curious figure. Some of these had to do with graphics limitations (they couldn’t show much detail), but others were related to social changes over the last three decades. In the beginning, for example, there neither were parking lots nor were they necessary. The cars could go anywhere they liked as if it weren’t a problem (though an excessive number of vehicles would cause traffic jams). Nor were there bike lanes, something that initially exacerbated European players. In terms of energy, there weren’t solar energy centers (photovoltaic energy), just coal, hydroelectric dams, or nuclear power plants. In fact, concerns over sustainability and the environment were nothing like they are today: the game was lax about air quality, and there weren’t even recycling centers or landfills. How times have changed!

Modern versions and cities of the future 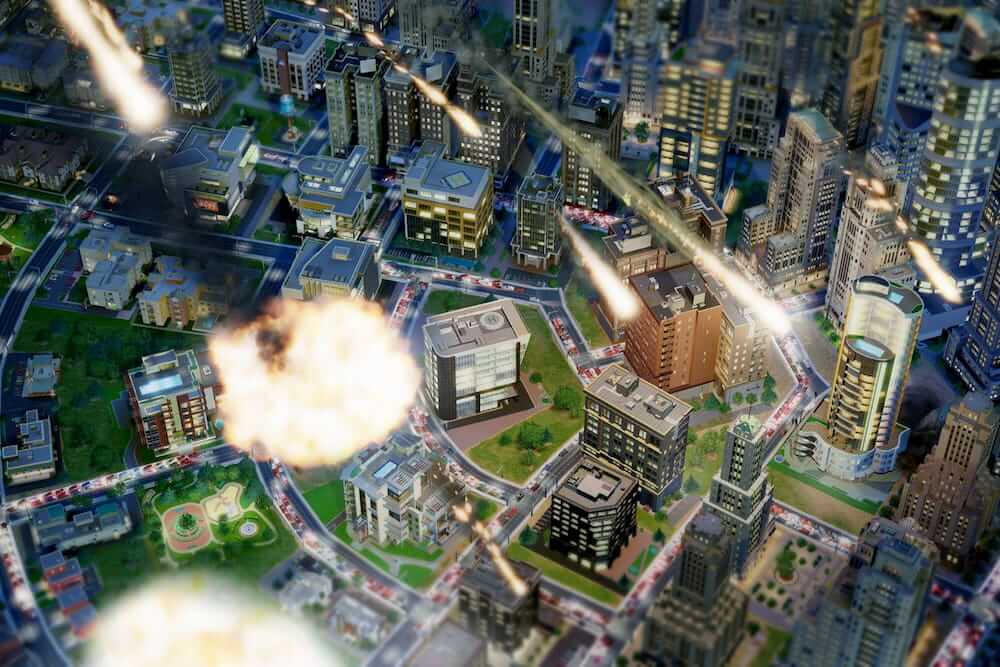 SimCity 2000 was followed by SimCity 3000 and SimCity 4, which could then connect directly to another game created by the same studio: Los Sims. That way, the megacities and the simulated beings that lived their strange, imaginary lives out “on the computer” operated on the same platform. More recent versions have dealt with phenomena that are impacting modern cities, such as the need for road and highway maintenance, gentrification, or urban decline.

The 2013 version was the first one to use 3-D graphics like those in modern games, as well as a multiplayer mode and Internet connection. It was a minor disaster because the servers were constantly at capacity, and it didn’t get very good reviews, even though it was updated a while later, allowing players to use the game without an internet connection. It came to an end with SimCity: Cities of Tomorrow, where the cities of the future were built with spectacular skyscrapers and futuristic catwalks, monorails, and elevated highways. Now there is also SimCity: BuildIt for smartphones and tablets.

In SimCity, for every problem there was a solution: in the original game, almost everything was a matter of polishing the budgets. More recent versions have attempted to ensure that every detail affects all related matters, just like in real life: adding more schools and residential zones improves education and the development of businesses and companies after a while; in the original, every specific problem (e.g. robberies) had a logical response (more police) but now, everything is more diffuse: vandalism or the presence of thieves could be prevented other ways. Because no one wins or loses in SimCity, everything has a solution… Unless Godzilla appears or there is a meteor shower, of course, in which case there’s little to do except rebuilding the city from its ashes.