Even though it might go unnoticed, the state of the pavement at an airport is one of the key factors in ensuring good infrastructure operation. Apart from having a direct impact on the safety of passengers and workers, the state of the paving also has an impact on the economic outcomes of the airport. If not done correctly, it may result in additional costs that are higher than the repairs themselves, such as traffic detours or closures while construction is being carried out.

Currently, the International Civil Aviation Organization and regulators establish a minimum pavement inspection process that is the same for all airports, so it is the responsibility of each operator to increase the regularity or depth of inspection.

This was the case at Aberdeen Airport when, in 2016 and 2017, pavement faults were found that hadn’t been identified previously in regular inspections. Ferrovial Airports decided to take the initiative and opt for a tool that would allow them to reduce errors and operate under safe conditions.

Through a process of technological innovation, they, along with Finnish company Vaisala, developed an artificial intelligence tool (AI) called VIOMINER that helps monitor the condition and evolution of the pavements.

But before we get into how VIOMINER works, it’s important to know beforehand that inspections at Aberdeen Airport are carried out in three levels: the first is performed by technicians in a vehicle twice a day; the second is done by managers on foot once a month; the third is completed by managers and consultants on foot twice a year.

By relying on a mobile application and a web platform, the new artificial intelligence tool can identify problems such as cracks, abrasions, and potholes, supporting the more frequent level 1 and 2 inspections.

Through a mobile phone integrated into the vehicle, VIOMINER records the strip as it goes around. The data is loaded into the system for processing, AI algorithms recognize defects in the pavement, and a heat map is generated for the routes traveled depending on the number of defects detected. During level 2 inspection, the manager will perform a more qualitative study of the defect, sending a photo and the exact location of the defect by GPS. With all this information, individual reports are generated for each error, and all the information received from different inspections is put together on a satellite map. 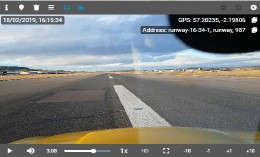 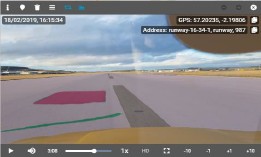 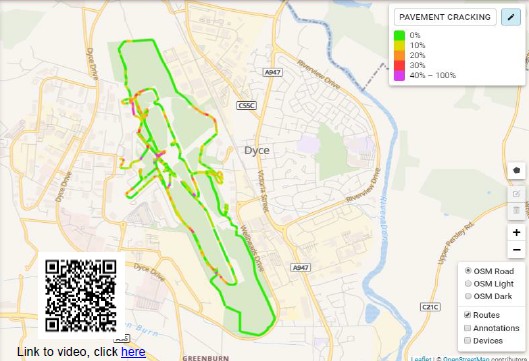 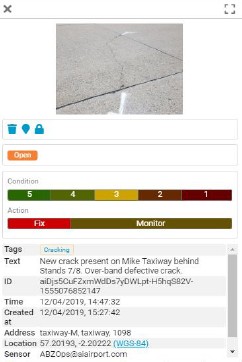 This innovative system has already been tested at the Aberdeen Airport environment for 9 months with very favorable results, since, in addition to being fully compatible with the current control system, using this tool allows the airport to better understand the state of the pavement, keep historical data, and generate much more detailed reports in half the time.

This solution is a clear example of how innovation and new technologies can help the airport environment improve its operational and economic performance, and above all, it demonstrates how foreseeing risks can become a competitive advantage in the future.