Advances in artificial intelligence allow self-driving vehicles to become more and more capable. The research labs of Japanese manufacturer Honda have managed to combine the robustness and reliability of their quads with the latest advances in creating a prototype of a self-driving off-road vehicle that can be used to help around construction sites, the countryside, or other such environments.

Technically, the 3E-D18  is a sturdy, mid-sized quad with a platform where all kinds of gadgets can be safely attached: from containers for transporting materials to robotic arms for digging or manipulating objects, storage for liquids, tools for working the land, communications antennas… practically anything. 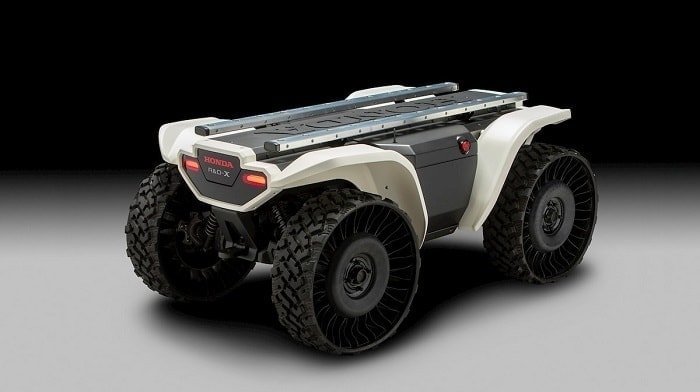 The little vehicle is primarily guided by the GPS signal with satellite positioning, which lets us know exactly where it is on the map at all times. But it also has sensors to detect its surroundings so as to not crash or dodge obstacles.

There are several ways to guide it, but engineers have shown that the most efficient thing is to do it with something that everyone already has at hand: a smartphone, a smartwatch, or a tablet. There are several ways to do this: put in the destination point (go from A to B), choose a predefined path, or even draw the exact path you want to take with your finger. One particularly curious way is the so-called “follow me,” which makes the quad bike move alongside the team of people walking or taking other vehicles across the terrain.

A vehicle for all kinds of work

Given its sturdiness, there are 3E-D18 modules specially adapted for the world of construction, making it into a mode of transportation for carrying bricks and other heavy materials. With still others, it can be used to dig, lay cable, remove snow, or do whatever is needed. It runs on a large electric battery that lets it operate wire-free; it can either recharge the battery when it runs out or replace it with another one that is already charged, at any time.

An especially fun example is how it is being used to help in solar orchards, a curious mix of the most cutting-edge technology with the simplest: goats. Whereas these creatures help keep the orchard free of grass to keep it clean, self-driving vehicles can access muddy or hard-to-get-to areas, get closer to electrical facilities (where animals are not permitted), and make sure that the solar plant is always cleared off and at full capacity. 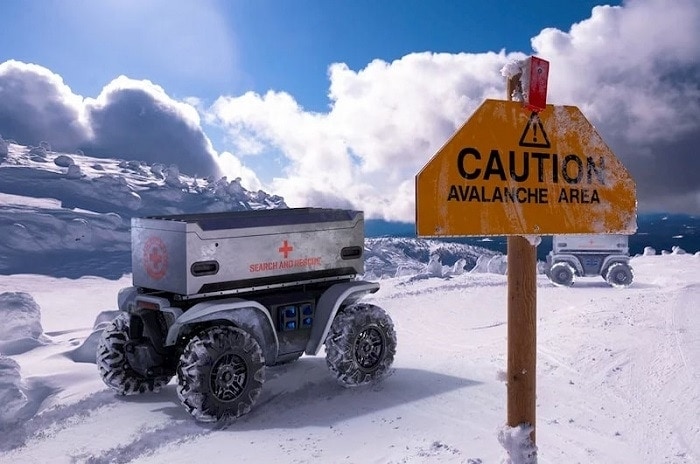 On agricultural plantations, they can be used to help with harvests; one of its most suitable functions is when the plants have to be sprayed with chemical products: the vehicle can do so without putting anyone in danger, as no people have to be nearby. In case of emergency situations such as avalanches, blocked roads, or forest fires,  firefighters and emergency crews appreciate that the vehicle can carry heavy equipment since carrying over 20 kilos on their backs is an effort and puts them at risk of injury. In these situations, the 3E-D18 essentially acts as a “pack mule” – but much smarter, that’s for sure.