The Future of Roads: Smart Roadways for the Arrival of Self-Driving Cars

The first unmanned cars are already driving around us. They’re prototypes and tests, true, but they are still another step towards a future in which we’ll get around in a very different way that we currently do. It is unclear when self-driving cars will be introduced, and the forecasts are complicated. The future of mobility is also here and plagued with challenges, and the arrival of self-driving vehicles isn’t free from misconceptions.

A Future with a Complicated Forecast

Predicting trends is complicated. Some indicate that within 30 to 50 years, self-driving cars will dominate the mobility market. S&P’s report The Road Ahead For Autonomous Vehicles forecasts that, by 2040, between 10% and 50% of new registrations in the U.S. will be unmanned vehicles. However, the low operational cost of an electric, self-driving vehicle, combined with the possibility of having them on the road continuously, will make the cost per kilometer drop significantly, such that there are already those like Rethink predicting that in 2030, 95% of the miles traveled will come from this type of vehicle operated by large service companies. There are many forks in the road. And regardless of everything else, the introduction and takeoff of self-driving cars depends on many factors.

“With the emergence of self-driving vehicles, the demand for mobility will grow. For example, people that aren’t on the roads today will be able to be with greater ease,” explains Julià Monsó, Vice President of Toll Operations in Cintra, a Ferrovial Group company. “It’s going heighten the phenomenon of empty trips [the vehicle’s travel time without passengers], which will result in greater use of public space. It will end up having an effect on traffic.”

So How Roads Are Used Will Change

It is estimated that accidents caused by human error, which would almost completely disappear with self-driving vehicles, currently cause around 25% of traffic jams. This is the ideal framework that, sooner or later, could be reached as the introduction of self-driving vehicles approaches 100%.

In terms of traffic itself, the theory is clear. Connected smart vehicles will communicate with other vehicles and roadway infrastructure. They will use real-time traffic data to anticipate problems, make better decisions, and sync their speed, taking advantage of space.

However, as Julià Monsó remarks, “one of the myths about self-driving vehicles is that, thanks to technology, there will be fewer traffic jams since cars will be able to get much closer to each other safely, which will reduce stress on infrastructure. However, when you compare that to the increase in traffic due to empty trips and new trips, as well as the friction between conventional cars and self-driving ones, the outcome is not at all clear. In addition, it’s not going to be a quick, easy transition, it’s going to happen over a long span of years, during which time traditional cars will exist alongside self-driving ones.”

At the same time, as Lorena Cuadrado, Head of Operation and Maintenance for Europe and New Markets in Cintra points out, self-driving vehicles will facilitate new trips. The drop in transportation costs due to the lack of a driver, as well as the foreseeable electrification and ease of access to cars for people that didn’t drive before, will, according to S&P’s estimates, generate somewhere between a 5% and 20% increase in the number of kilometers traveled on roads. In addition, this will accompany the strengthened possibility of making more productive use of travel time, as the driver will be able to use their time for other activities.

On the other hand, unmanned vehicles will reinforce the model of shared mobility that has taken off in the last few years. A model that also ends up increasing traffic jams. The Empty Seats, Full Streets report, drafted last year by Schaller Consulting for the city of New York, tries to shed some light on this related challenge. “New York’s results show how the new business models used by transportation companies have increased traffic levels […] This dynamic leads to an unnecessarily high number of unoccupied vehicles driving around the city,” the article states.

The massive use of AI to predict routes and repositioning will, in the long run, make the efficiency of these fleets of self-driving vehicles much better than the current ones in which the human element plays a fundamental role, despite the fact that the stress on infrastructure will increase in the first phase of coexistence between traditional and unmanned vehicles. 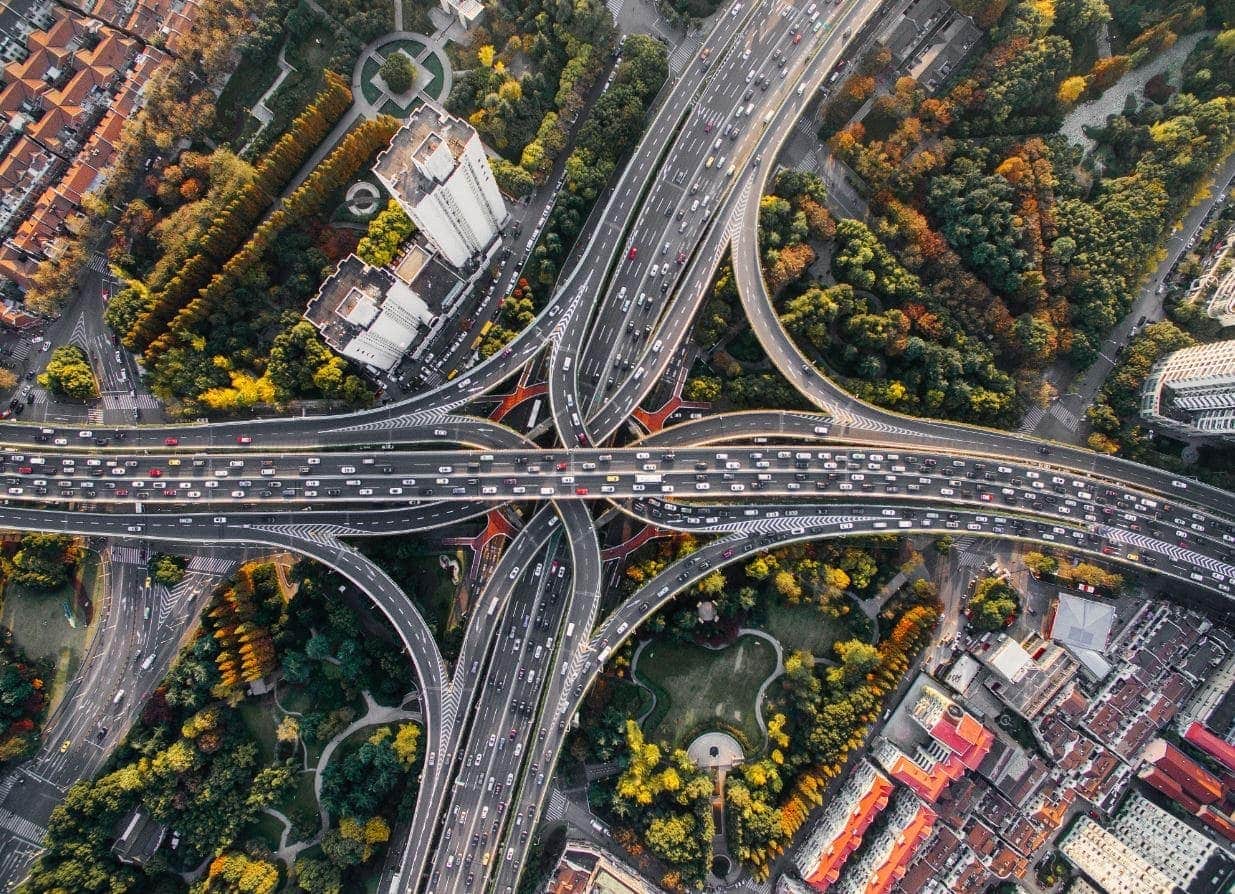 And So the Roads Themselves Will Change

Faced with these challenges, the question in terms of infrastructure is clear. How are roads going to change to adapt to self-driving vehicles? “Depending on the characteristics of each market, toll roads and managed lanes  could provide a unique controlled environment for introducing connected self-driving vehicles,” at least in an initial phase, as S&P’s The Road Ahead For Autonomous Vehicles report indicates. Through the system of managed lanes, a dynamic toll is charged depending on demand for and traffic on the road. They are environments with controlled entrances where friction is lower, and they have more sensors and are more prepared than the rest of the road network for these sorts of challenges.

In addition to improving traffic management, establishing systems of communications between vehicles and the road will also be necessary, what is known as V2I (vehicle to infrastructure). Connected self-driving vehicles are going to be equipped with multiple sensors (front cameras, radars, LIDAR, high-precision GPS…) which will be their eyes when it comes to traveling on a highway. The road can become a sort of lens that can sharpen these sensors.

On the other hand, V2I technology, along with the vehicle’s communication systems with the telecommunications network, with pedestrians and other vehicles, makes up a set of protocols that is known as V2X (Vehicle to X), which will be necessary for safe driving in these environments, as explained in detail in this article. 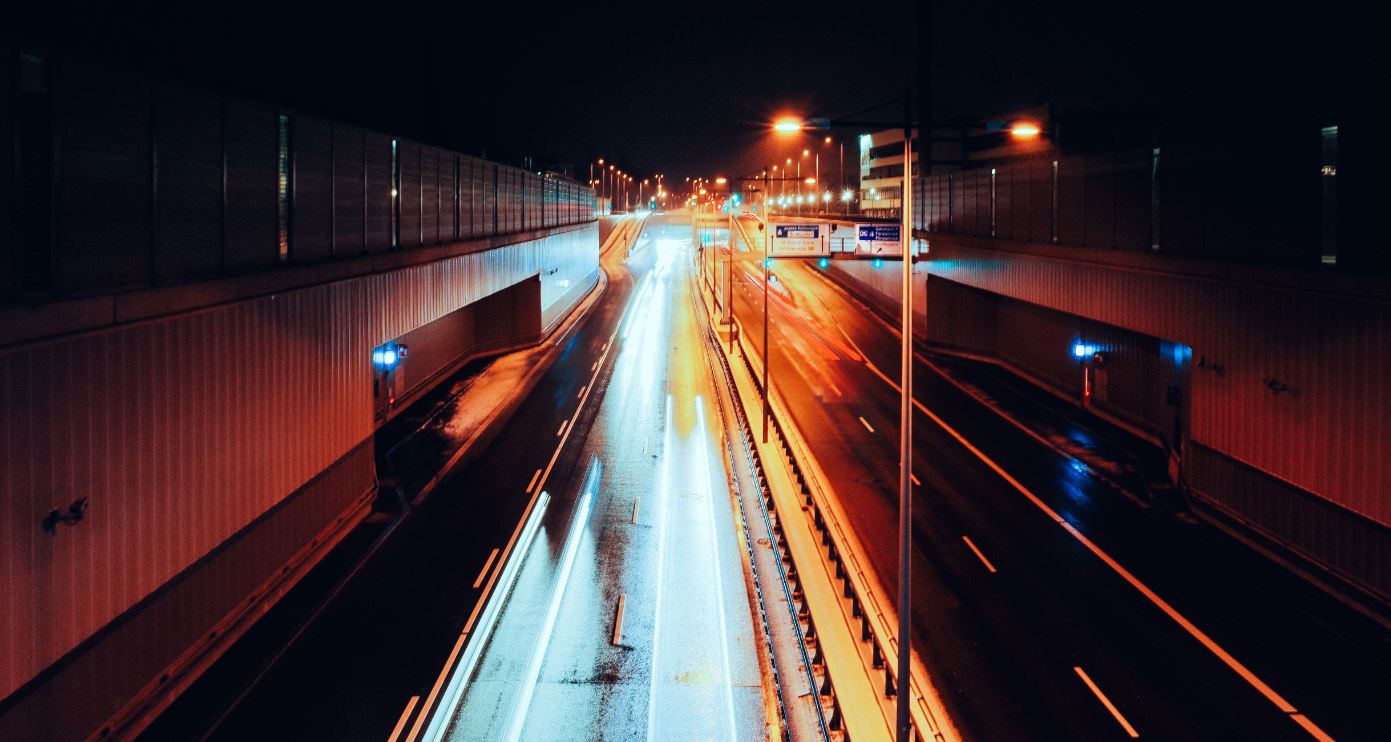 The Transition Towards the Self-Driving Future

Unmanned vehicles are divided into 6 levels from 0 to 5, from the lowest to completely autonomous with no need for a driver. Currently, there are already vehicles on the market at level 2 automatization (vehicles with an autopilot feature that monitors safe distances and changes lanes if necessary to keep speed). Reaching the highest level, 5, will depend on a lot of external agents, as we’ve seen. And these completely autonomous vehicles will take several decades to reach the general public. In addition, car manufacturers are trying to include connected self-driving vehicles that are completely independent of infrastructure in level 5.

Nonetheless, even though the objectives for the distant future may be clear, the challenges are multiplying during the transition period. A large part of the research community in this field thinks that the role of infrastructure in the middle term is going to be critical. On one hand, it will be an element that facilitates communication between vehicles, and on the other, it will allow us to guarantee a minimal level of cybersecurity for these communications.

“Cintra is carrying out studies to develop and implement communication tools between vehicles and infrastructure. We have already rolled out ITS (Intelligent Transportation Systems) tools that, in the long run, will make higher security possible, along with more information for the driver and route optimization, among other sorts of information,” Julià Monsó details.

This is about projects like the one Ferrovial and Cintra are developing along with the Automotive Technology Centre of Galicia, which runs self-driving tests on stretches of the Norte Litoral highway between Viana do Castelo and Ponte de Lima, in Portugal. As part of the project, they are studying how to adapt interurban infrastructure for vehicle-vehicle and vehicle-infrastructure communications systems, how to provide services from the infrastructure related to the self-driving assistant, or how to carry out information safety protocols for the communications systems.

In the end, it is about trying to give roads the compatible, catalyzing capabilities of self-driving vehicles so that they can respond to new needs. The ultimate goal is to achieve more efficient use of infrastructure, improve the safety and comfort of users, and pave the way for the revolution in self-driving cars.