On the (Digital) Soul

In his treatise On the Soul,[1] Aristotle raises the question on the essence and properties of the soul in terms of an explanation for life. It is, in itself, a treatise on living beings: “the first actuality of a natural body that has life potentially.” In the first chapter of the Second Book, Aristotle uses his Metaphysical doctrine to define the soul as an entity of the living, “understand it, form, essence, and a definition of the living.”

Some 2,350 years later, in early 2002, Professor Michael Grieves from the University of Michigan presented his Mirrored Spaces Model [2], and it was NASA’s John Vickers who used the concept of a Digital Twin to describe his theoretical, conceptual framework of PLM (Product Lifecycle Management). 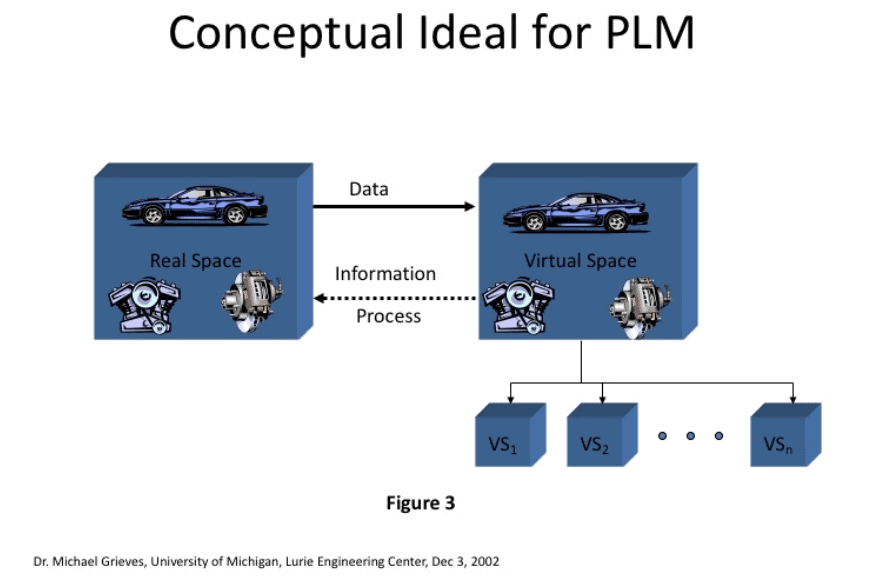 This model brings together elements that generally define the concept of the Digital Twin: real space, virtual space, linked corresponding information between the two, and various additional virtual subspaces. Both systems, the real and the virtual one, interact dynamically throughout their relevant lifecycles – that is, they exchange information throughout the stages of design and engineering, execution, operation and maintenance, and finally, closing and deactivation. The definition of a system is quite broad. We can talk about digital models for products[1], equipment and facilities[2], assembly and manufacturing lines[3], and even systems like manufacturing plants[4] or different sociotechnical systems (hospital complexes[5], airports[6], logistics terminals, ports[7], etc.).

In short, the Digital Twin is a virtual model of a physical asset that fully reflects its features, functionalities, and behaviors throughout its lifecycle. Or once again, in the words of Aristotle: “form, essence, and a definition of the living.” A virtual model is the soul of the digital twin; it represents form (configuration), captures essence (the purpose and mission), and defines being (action).

But Aristotle does not stop there. In his work, he goes on to describe the so-called powers of the soul, that is, the faculties regarding nutrition, sentience, decision-making, motor skills, and speech. The strengths of the virtual model make up its abilities for realization: the virtual model is fed (on data and information, as well as human resources, knowledge bases, and economics), collects and records external stimuli (from SCADA[8] systems, IoT, unstructured data sources, etc.), analyzes and offers occurrence scenarios, and acts on the real asset and changes it. Meanwhile, it simultaneously modifies itself (analytical models that configure-experience-analyze-reconfigure and eventually optimize the performance of the real system) to eventually develop and propose the future of its actual counterpart, its living body (decision support systems, or DSS[9], or even automatically acting on parts of the actual system). In any case, the soul, once fed and stimulated, thinks, imagines, and suggests, just as the virtual model simulates different scenarios for configuration, response, and defining actions.

The Digital Twin is another step forward in the evolution of computational environments and capabilities, which have made it possible to extend the scientific method (the observation-hypothesis-experimentation loop) beyond physical models through the simulation of mathematical models that integrate observed data into the real environment and simulated data into the virtual environment. In this sense, it is far from a disruptive approach. Modeling and Simulation[10] methodologies and cyber-physical[11] systems are the mature, expansive bases on which the Digital Twin rests. Both methods are present in areas of high technological intensity that justify their costs, including the defense[12], aerospace[13], automotive[14], and biopharmaceutical[15] fields, to name a few.

And yet, the Digital Twin is an innovative approach in that it represents a change in its typical role and consideration. And this is due to several factors:

In short, the Digital Twin is indeed an innovation in that it provides an integrated environment for change and evolution for a system based on profound knowledge. This adds value by enabling higher efficiency and effectiveness in the design and operation of its entire life cycle. And it is without a doubt this last feature, synchronized evolution, that sets the essence and difference of a true Digital Twin apart from any other virtual recreation.

The challenges of the digital twin 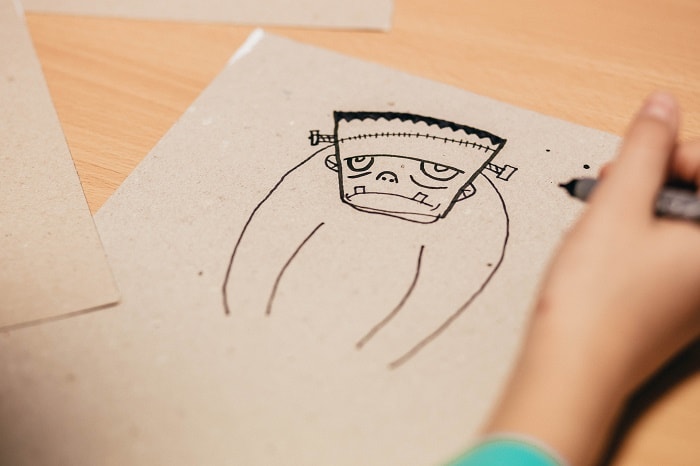 However, the challenges that any organization must face when adopting authentic Digital Twins are not trivial. In fact, the digital soul also has its sins and vices, and these, along with its salvation, are recounted in the Gothic literature of the Victorian era. Let’s take a look at three of the masterpieces that reveal three diseases that commonly plague the virtual soul.

I could conclude with Gartner[17], referencing some of his positive predictions for the future of the digital twin. Nevertheless, I still prefer Aristotle: the soul is the first actuality of a natural body that has life potentially. A body without a soul doesn’t have any real life. Let’s give our assets and processes their souls and never forget that virtue is an excellence of the (digital) soul.