From Supply Chain... to Supplier Blockchain?

An encrypted, decentralized platform where all the assets in the supply chain are managed. A blockchain for streamlining contracts and gaining ground in transparency. A data structure that enables product or service traceability through the entire value chain. Blockchain technology is changing the way companies relate to their suppliers.

A digital identity in blockchain is immutable, unambiguous, secure, and traceable. Each supplier can have a unique ID that they have absolute control over. They can decide what information each member of the platform can see

says Cristina García-Ochoa, Project Manager Innovation & Digital Strategy at Ferrovial, one of the people at the helm of Digitalis, a pilot project for a blockchain platform which can be used to connect the over 150,000 suppliers of six major Spanish companies: Ferrovial, Repsol, Banco Sabadell, Cepsa, Grupo Red Eléctrica, and MAPFRE*.

Beyond the particular case of Digitalis, which we will discuss further on, the promises of blockchain technology in supplier chain management are many. At its start, blockchain is one of the architectures on which bitcoin was built, but its applications soon showed much greater potential.

Broadly speaking, as noted by OBS Business School, this technology enables sharing fully encrypted digital data through a system without intermediaries, where the information doesn’t have just one owner but is distributed out. It is the very platform’s structure that enables recording and validating data without the need for trust between the parties involved. That is, this technology has enormous potential for expediting managing contracts, agreements, payments, and validations.

Even though industrial applications for blockchain are still in initial stages, more and more industries are committed to exploring the opportunities this technology offers: from supermarkets that use blockchain to enable traceability from their products’ origins to managing the complex chain of suppliers for industries such as construction or the automotive sector.

Digitalis, or how to validate 150,000 suppliers

Every time a company closes a contract with a supplier, bureaucratic measures are put into motion. Social Security Certificates, ISO Standards… There is a series of documents that must always be submitted.

To avoid having to ask the supplier for documentation each time a contract is made, a digital identity is created with several attributes that contain that verified, up-to-date information 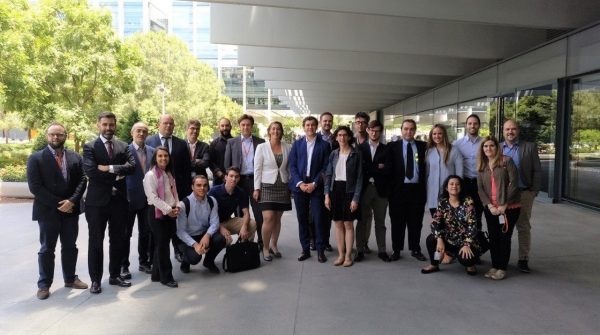 This is the foundation on which Digitalis is built, a blockchain platform that is still in testing and which aims to create and validate digital identities for the 150,000 suppliers associated with the six corporations involved in the project.

We strive to have the issuing agencies themselves certifying suppliers. That means, for example, Aenor would become part of Digitalis and certify that X company is current on ISO 9001. That would be the real added value

Right now, Digitalis revolves around these blockchain identities, which are applied to an environment with purchase transactions. It is still a proof of concept where each of the six companies involved has simulated a role.

So we’ve gone about studying what had to be asked of each type of supplier, differentiating between common requirements that everyone is usually asked and requirements specific to the service desired

The solution has been developed technologically by the consulting firm Grant Thornton; it is based on the standard protocol that is behind the Alastria partnership, which the six participating companies belong to. This project triumphed at the most recent AERCE Awards and was a finalist at the IDC Awards for innovative company of 2020.

says Cristina García-Ochoa. The technology enables trusting without knowing, the first step to adding other benefits such as:

A look at the future with blockchain 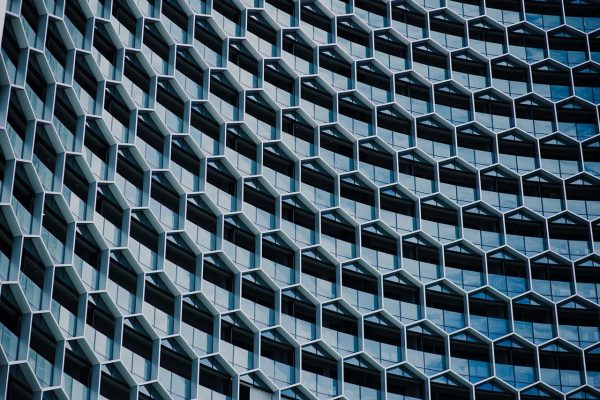 The structure of a blockchain platform allows data to be recorded and validated without the need for trust between the parties involved. | Unsplash/ @chuttersnap

Digital identity is the core of the project. But right now, we’re considering turning it into a platform for digital identities that apply to multiple use cases, such as certifying powers or access control.

There may be many use cases derived from this first concept

To explore new avenues, the six companies involved in the original project are contacting other organizations to assess their interest in supplier verification via blockchain and other possible uses, showing them the potential the platform holds for other use cases.

Digitalis is now faced with two paths. On the one hand, turning the proof of concept into a minimum viable product for the use case for purchases. On the other, working on defining a governance model for how it functions and how the platform is managed while studying the possibility of including other uses.

It’s a project that makes more sense as more companies join. We aren’t competitive; it interests and benefits all of us

*This text summarizes Ferrovial’s experience with the project and is not a statement from the consortium composed of the six companies.