What If Roads Could Do More to Prevent Future Pandemics?

Today, various modes of transportation enable us to get to almost any point on the planet faster than ever before. Not only that, but the volume of people getting around in our interconnected world is constantly growing. Roads have played a central role in the increase in connectivity in recent decades. This is a situation that viruses have been able to take advantage of.

The role of roads in epidemics

On December 26, 2013, in the town of Meliandou in Guinea, a boy named Emile Ouamouno contracted the Ebola virus. He never found out that he was suffering from that disease, but by the time he died four days later, the contagion was underway. The situation was already uncontrollable by the time health authorities became aware of the outbreak three months later.

The World Health Organization (WHO) declared a health emergency in August 2014, when the outbreak had already begun affecting Sierra Leone and Liberia as well. From that moment until the last infection was found on April 28, 2016, the epidemic left more than 11,000 dead and nearly 30,000 infected – the worst Ebola outbreak in history.

Ebola has always been a terrifying disease, killing one out of every two people infected. Until the 2013 outbreak, though, the disease had been kept relatively under control. Outbreaks had always occurred in isolated, remote, thinly connected populations. But this situation changed in the 21st century. In the over 40 years since the disease was first detected in 1976 to the present day, almost every African country has built more and better connections than ever before.

Viruses have always figured out how to take advantage of human communication networks. As researchers at the University of Oxford point out in the paper Global Transport Networks and Infectious Disease Spread, modes of transportation have played a key role in the spread of disease. What can be done to stop them?

**Map of the COVID-19 pandemic created by the World Health Organization. | WHO

COVID-19 and Ebola are not comparable diseases. One is much more contagious, the other much more deadly. In fact, these two parameters are usually inversely related when it comes to viruses. Even so, the pace of the pandemic brought on by the new coronavirus is unprecedented. Over 1.5 million infections (counting only official cases) spread across the globe in the first 100 days.

A similar pattern had already been seen with other recent outbreaks, such as MERS in 2013 or influenza A (H1N1) in 2009. As researchers at MIT and the University of Southampton show in the article, ‘Mapping road network communities for guiding disease surveillance and control strategies,’ we cannot ignore the fact that the growth of transportation networks has been a key factor in driving the speed and extent of the spread of diseases.

Despite the fact that air and sea travel enable longer, faster movements of pathogens and vectors over distances, the vast majority of movements occur at shorter distances across roads. In fact, taking control of land routes was one of the first measures that Chinese authorities took in Wuhan. Since then, many other countries have followed suit.

Nevertheless, physical closure seriously affects the economy and doesn’t always have to be the way out, explains José Javier García Pardenilla, manager of Ditecpesa, a Ferrovial company:

“Control and monitoring, thanks to technology, have allowed us to tackle the epidemic without having to cut communications”

“Furthermore, in order not to compromise data privacy, you can control flows of people rather than individuals, which is what South Korea has done, for instance.”

The case of this Asian country has been paradigmatic. Korean authorities took control of their citizens’ movements from the very beginning, tracking credit card transactions first and then mobile phones. Such drastic measures would be difficult to implement in the West, but similar results can be gotten without compromising individuals’ privacy.

In their article, the researchers at MIT and the University of Southampton argue that we must move towards accurate modeling of population movements, analyzing both the routes and the modes of transportation used. According to their conclusions, this sort of knowledge about the flows of people and goods allows us to understand the circulation patterns of pathogens better.

This information should, in turn, allow the development of cross-border strategies that are common between countries in order to control the spread of diseases and minimize the economic impacts of possible outbreaks. In other words, data, monitoring, and integration for tackling epidemics without cutting communications, which are essential for the world as we know it today.

Public transportation and private vehicles up against the pandemic 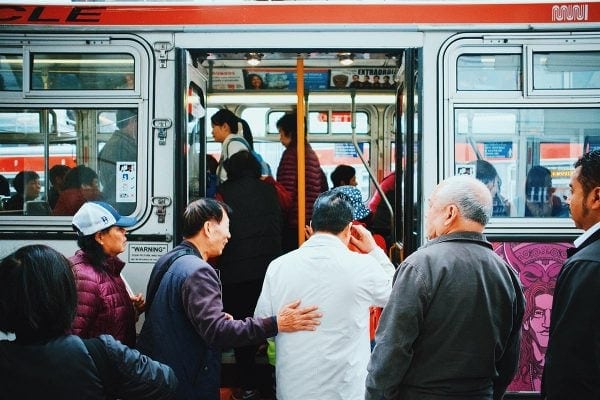 **Public transportation has been highly affected by the current pandemic. | Unsplash /José Gasparian

Between March 10 and 31 of this year, the influx of people in public transit stations fell by 88% in Spain. In Italy, this number was 87%. This data was recently published by Google. Moovit, a mobility app, showed similar numbers after the first week of confinement, with an 82% drop in the use of public transit in Madrid, and an 83% drop in Milan, two of the cities hardest hit by the COVID-19 pandemic.

The role of public transit within and between cities is still essential. However, daily use of these modes has decreased, primarily due to lower mobility among people.

“Public transit has been heavily impacted by this situation,” says García Pardenilla. “Furthermore, the probability of infection in a subway or a bus is higher, as seen in Madrid and New York. Beyond all controversies, infection rates have soared in cities because there are so many people close together there.”

In the face of this situation, personal road transportation has gained more popularity. As Jean-Paul Rodrigue points out in ‘The Geography of Transport Systems,’ public transportation systems must be kept up because they are essential. However, certain control measures must be established, automating them to the max and eliminating any contact between passengers and operators or drivers, thus preventing them from becoming vectors of the disease.

Individual transportation, then, has become the safest option as it allows activity to continue as much as possible while greatly reducing the risk of infection if precautions are taken, and ensuring that essential supplies continue to reach homes, markets, and health centers.

The road, key in distributing supplies

Road networks are essential to maintain an uninterrupted flow of supplies, enabling the transportation of essential goods between regions and countries. The United Nations Food and Agriculture Organization, the FAO, has been warning for weeks that blocking transportation routes is particularly detrimental to fresh food supply chains and may also lead to higher levels of food loss and waste.

In fact, the organization ensures that the food sector is largely vulnerable to crises (food demand is not very flexible). Still, its great challenge lies in the complexity of food value chains and the importance of trade and transportation, something that it could make it very vulnerable at this time. 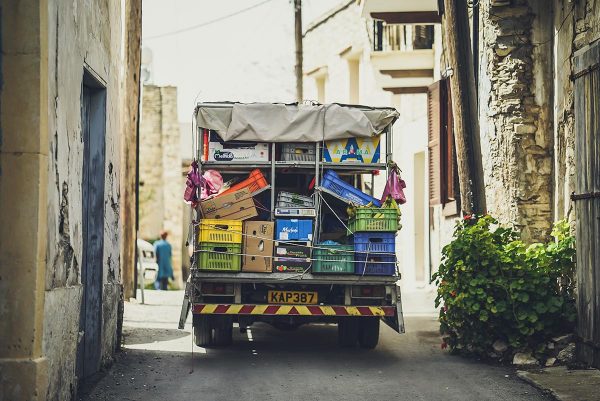 **Road transportation is essential to ensuring the availability of goods. | Unsplash /Free To Use Sounds

In addition to guaranteeing the transport of merchandise, land routes are also the only way to ensure direct distribution to households. José Javier García Pardenilla notes:

“Roadways are the only point-to-point transportation system. They are what enable receiving food or other merchandise at home, without having to go out. In fact, delivery companies take on a special role in such situations of pandemic and confinement.”

Even though it is still too early to have definitive data on how the COVID-19 pandemic has affected e-commerce and last-mile distribution, Amazon’s strategy is a good example. The e-commerce giant has needed the reinforcement of 100,000 new employees in the United States alone to face the foreseeable increase in activity.

Finally, in a situation like this one and, above all, in the post-pandemic world, the rise of working from home is likely to result in greater population spread. This, in turn, would lead to increased road use. A 2017 study from the Polytechnic University of Madrid previously pointed out that working from home as the norm would significantly reduce travel for reasons related to work but would see increases in other types of travel.

“In the future, the presence of self-driving vehicles, whether private or public or for transporting goods or people, could further reduce contact between people. Drivers are a potential vector for disease that isn’t a factor in autonomous transportation,”

Ditecpesa’s manager reflects. In fact, the massive rollout of driving, connected transportation would not only reduce the risks of infection but also improve monitoring for outbreaks.

As the development of autonomous technologies continues to advance, their rollout is going through a moment of uncertainty due to possible security risks and legislative uncertainty.

Nevertheless, with half the planet quarantined by a pandemic, some of the advantages of autonomous modes of transportation are becoming clearer. Driverless cars that drop each passenger off at home, minimizing social contact. Or food delivery vans that eliminate the need for a human intermediary.

One thing’s for sure: technology applied to managing and using roads can do more to help prevent future pandemics, without having to cut communications in an increasingly global, connected world.