What If a Highway on Mars Holds the Key to the Future of Space Exploration?

In terms of feeling safe on Earth, we human beings take a lot for granted. This is our home, and we’ve been adapting to living on it, getting around on it, for millions of years. Getting around has always been a top priority for our species. Nowadays, we do so more easily, quickly, and efficiently than ever. We board a mode of transit and follow familiar routes that are smooth and safe, getting us from point A to point B.

On Mars, however, things are quite different. Mars and Earth may be twins in many respects, but they are very different environments in terms of mobility. Since NASA’s Sojourner became the first human vehicle to orbit the planet in 1997, it’s been clear that getting around the Red Planet is much more complicated than on Earth. Addressing the challenges of plotting a path on Mars is also addressing the challenges of the future of space exploration.

The importance of the first route

Since the Sojourner rover, Spirit, Opportunity (which was in operation for 15 years), and Curiosity (the only vehicle that is still active on Mars’s surface) have made it to our twin planet. Two more are on the way, and they’re expected to hit the ground rolling sometime between February and March next year. These are China’s National Space Administration’s Tianwen-1 and NASA’s Perseverance. Both missions are aiming to manage to land on Mars. That’s when the real difficulties would begin.

When either of these missions’ spaceships enters the Martian atmosphere, it will lose contact with Earth. Seven minutes will go by before the control center knows whether the vehicle has landed gently on the surface or has been lost forever. This automated, controlled descent is a real work of art in terms of space engineering. But let’s get back to the rover.

Once on Martian soil, the vehicle will begin a six-step process before beginning to move with some level of safety. The first step is deploying the eyes (the panoramic camera system) and communications tools. Then, it’s time to assess the terrain and check that everything is in order. The third step is getting the mobility system running. That means deploying the wheels and raising the vehicle up off of the ground.

The next move is the most important from a scientific perspective. The vehicle must check that all of the instruments on-board are working properly. Once it receives the OK, it’s time to select the first route, the most important one. This will lead the vehicle to complete its first drive away from the landing site.

From there, the tour begins. The rover will be controlled from Earth, but it will need to be observing and measuring the terrain around it constantly to chart its own path. This path will lead it to achieve its scientific aims, and it will also keep it safe and sound. 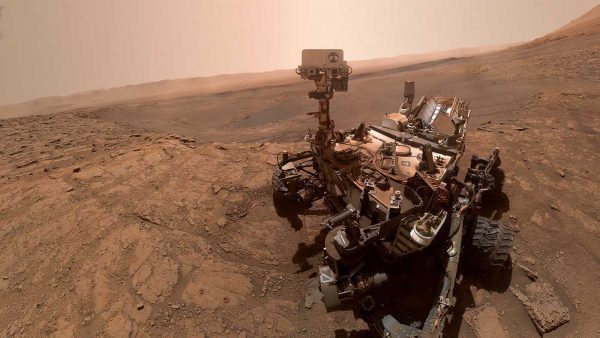 Real-time maps where there are no roads

More and more aspects of Martian geography have been discovered. Still, our neighbor in space is still a big question mark for us. The rover will be moving through uncharted territory, so much of the information it will collect on the ground will be of great use (both to it and for future missions). That’s why maps play a key role.

Today, the rover Curiosity rover stops about every 30 centimeters. That means that it doesn’t move forward more than a few small steps at a time without checking the terrain around it. Every time it stops, it takes a series of measurements (about 10,000 data points in all), and it uses these to generate a three-dimensional model of the terrain around it. Based on the results, it comes up with a set of safe routes. For example, if an object more than 30 centimeters high is right in front of the vehicle, it will decide to go around it.

As the vehicle gathers more and more models, they’re organized into a real-time map of the 100 square meters surrounding the vehicle. Curiosity’s memory capabilities are limited, so most of the information is erased at every five meters of linear movement. The rover ‘forgets’ where it has been. However, some of this data is stored, and other parts of it are sent to Earth.

On our blue planet, this data will be added to the most accurate information gathered by instruments orbiting Mars, such as the Mars Orbiter Laser Altimeter (MOLA). It was in operation from 1997 to 2001; the High-Resolution Imaging Science Experiment (HiRISE) camera has been running since 2006. The result is digital terrain models (DTM) similar to those used on Earth. They will help us understand Mars better and facilitate the work done by future missions. 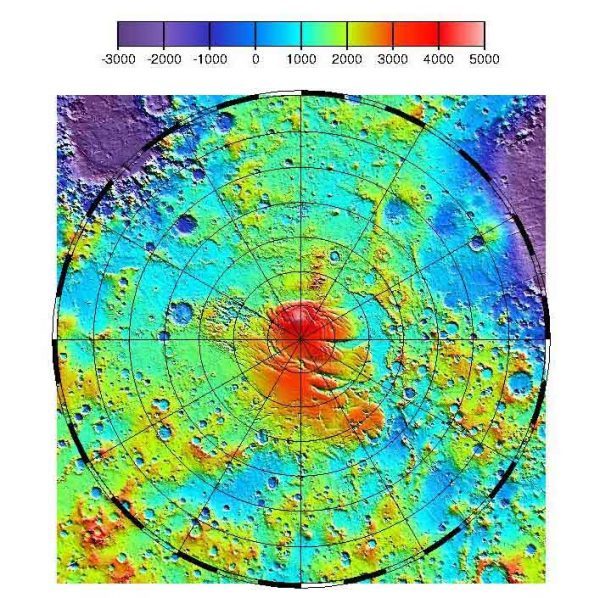 Curiosity is powered by the Sun. Its photovoltaic panels generate just the right amount of energy to move around. Thus, it can only roll during the day. However, this vehicle can move and map about 100 meters on a Martian day in optimal conditions (some 24 hours, 39 minutes, and 35 seconds). On average, it travels about 40 meters a day.

On Earth, we can find out how far we’ve traveled in a vehicle in several ways. The simplest is to trust the odometer, a common instrument in cars that counts the wheel rotations. As the length of the wheel circumference is known, simple multiplication by the number of turns will give us the distance traveled. Of course, that only works as long as the vehicle is moving on a uniform surface.

On Mars, vehicles also have an odometer. The problem is that the wheels may be skidding on gravel or sand for a while before gaining traction on the ground and propelling the rover forward. This means that there’s a good chance that the distance measured by the odometer won’t reflect the actual distance traveled. If those measurements can’t be trusted, the maps and routes plotted can’t be trusted, either.

To prevent problems like this, odometer measurements are taken along with image analysis software that allows the vehicle to make its own decisions based on the risks present on the route. That’s why the vehicle stops every 10 seconds or 30 centimeters; it then checks the distance it thinks it has moved and makes sure there are no unexpected obstacles on the horizon.

There, in the solitude of the red planet, millions of miles from home, safety is the number one priority. One wrong step can set the mission back and jeopardize the future of space exploration. So little by little, these robotic vehicles will find the paths that may, one day, be traveled by human beings.