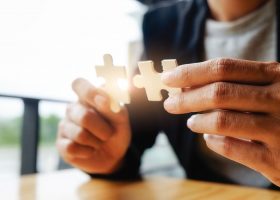 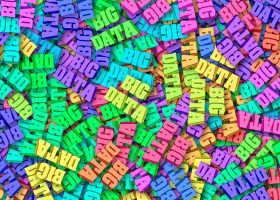 Whether you work in human resources (as ...

It may not seem relevant today, but this article’s title refers to a guide published in-house a few years ago. It’s hard to know when because it’s not dated, nor does it specify a geographical area of application. Still, “abroad” is understood to mean any territory outside the borders of where the document was created.

But the main question doesn’t stem from the title but from why this document was occasionally needed. The various tools at our disposal today – mobile phones, iPads, and Excel – don’t require any manuals or prior training for basic use. I’d therefore guess that what the document wanted to protect went deeper than what the title says.

I’ll venture to say that it was protecting some competitive advantage the company had back then. The reason for that conclusion is perfectly logical. The company somehow differed from other competitors so that using the iPad set it apart in more than just the price of different options. Customers chose us because this option offered more value overall than our competitors.

How should organizations really understand what sets them apart?

However, over the years, iPads gained popularity to the point where they became a new standard at work. Mere access is no longer a competitive advantage.

This is just one example of how organizations must really understand what sets them apart. For general construction companies, competitive advantages allow them to win contracts profitably compared to specialists, where comparative advantages play a more important role. This doesn’t mean that only one type of advantage is involved in each offer. It does mean that a certain type of advantage predominates in a company’s strategic development. And if we link the business strategy with the concept that makes it different – sometimes unique – shouldn’t that constantly be revised and updated to keep the organization from dying from resting on its laurels?

The evolution of added value in construction companies

Fifteen years ago, most of Ferrovial Construction’s activity was in Spain. Public works contracts (a vast majority then) were covered by the Public Works Contract Law and subsequent Regulations. The contracts were primarily for construction. A client would post their project, and interested companies would submit bids for the different work units defined in the specifications.

Major temporary jobs were paid as work units, just like permanent jobs. Generally speaking, what wasn’t included in pricing tables or the description of work units in the specifications was the reason for creating a contradictory price.

Back then, it made a lot of sense to have a department that analyzed projects and optimized a third party’s design to unimaginable levels. That was a competitive advantage that fit perfectly with the prevailing contractual model.

Fifteen years later, the picture is quite different. A high percentage of the construction company’s sales come from abroad, per the definition given at the beginning of this article. The contracts are mostly for design and construction. It’s no longer possible to find errors or potentials for optimization between the bidding phase and the construction phase. If these are found, they should be assessed and offered as part of the bid, passing the savings on to the client. The contractual model is markedly different. Here, other parameters come into play, as do supporting disciplines like utilities, traffic management, temporary works, and construction support services. This is especially important because, unless they are of special significance,  these disciplines are not traditionally framed within the competitive advantage.

The reality of construction is that the elements that aren’t so technically attractive weigh heavily in the economic outcome. The impact of the disciplines undergirding permanent jobs is such that it sometimes becomes the project’s true aim. They may have a level of complexity that requires more attention than is paid.

Similarly, the skills possessed by professionals who can manage these disciplines are quite different from the ones held by those who had the competitive advantage fifteen years ago. This is when the so-called soft skills come into play. Managing traffic services, the service providers affected, and even minor temporary work first require the knowledge of how a certain activity is done, as well as people skills, collaboration, humility, and perseverance.

Adaptation – the company’s key to its success

For the company to continue to be successful, it must adapt to the new day and age and redefine the advantages that set us apart gave us such good results in the past. To do this, we must focus our attention on the step that lies ahead. We could define this as engineering services; permanent jobs are only one part of this and must work with other disciplines, not over them. They must also allow other professionals with other skills more aligned with current needs to manage these services.

If we don’t stay up-to-date, we’re running the risk of continuing to believe that iPads will give us some sort of advantage, thus allowing our competitors to advance faster and more efficiently.