Making London a Better Place with a Tunnel: What Sets the Tideway... 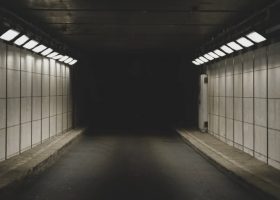 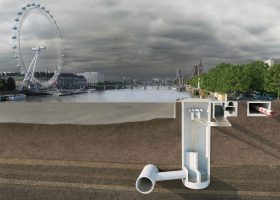 As London’s bustling streets teem with traffic and ceaseless comings and goings, we here at the Tideway project are moving forward in transforming the city below its surface: through its sewers.

Construction on a new sanitation system will keep millions of tons of wastewater from ending up in the River Thames each year. It will also create new green spaces and leisure areas along the river walk and reduce the city’s pollution levels.

By 2025, the Tideway project is expected to have transformed the way we live and play in London. However, we won’t have to wait until then to create change. Construction is being done sustainably, so it is positively impacting the city and the environment from the very start.

The problems of an overwhelmed system

London still uses a sanitation system built in the mid-19th century, which was designed for a city of four million people. Back then, London had two million inhabitants, and the authorities in charge of design could only imagine that this number would double.

What they surely couldn’t imagine was that the system would still be fully operational 150 years later or that London would be home to more than eight million people by 2021. With such a large population, the sanitation system is now obsolete, and it’s often overwhelmed and overloaded.

To better understand this problem, we must know how this system works. Unlike Spain, London’s sanitation system carries both rainwater and sewage. When it rains, the water rushing into the streets’ sewer systems mixes with the wastewater from homes and industries, overflowing the sanitation system. In such cases, water escapes through the spillways that function as escape routes, ending up in the river.

Today, with eight million people in the city, this overload happens frequently. The sanitation system discharges sewage into the river regularly. This results in damage to the environment and the river’s ecosystems, pollution, and a foul odor.

To put an end to this situation, we here at Ferrovial are helping build a large tunnel under the Thames, leaving this old system behind and ensuring that wastewater doesn’t continue to end up in the river. When it is finished, it will measure 25 kilometers long and will be wider in diameter than the face of London’s most famous clock, Big Ben.

This tunnel will allow us to divert sewage and rainwater to a treatment plant outside the city. These will operate under the force of gravity at some 30 to 60 meters below the riverbed.

The construction is divided into three parts along the Thames’ course through London. Ferrovial is in charge of the central part, 12.5 kilometers in all. Our work here centers around eight sites that divert the water from the current system to the new one. They are connected to each other by the main tunnel.

Keeping this wastewater from reaching the river will significantly impact the city by lowering pollution. Furthermore, these works will transform the architecture along the Thames. In the areas around the river where we’re diverting water from the old drainage system, we’re building river dams that will later become parks and green areas at the street level.

The area around the Thames is full of life: Londoners frequent the many bars, restaurants, and businesses along its banks. Having a cleaner river with more green areas will help make it even more accessible and enjoyable.

One of the features that sets the Tideway project apart is the effort to reduce its impact on the environment. Since about 90% of the project takes place in the river area, we use boats to take all of the material removed in excavation from the site.

This is especially significant in a city with such high traffic density. This solution makes the streets safer, cleaner, and more pleasant for Londoners. These three points resonate with the end goal of the Tideway project.