Taking a Look at the Myths around New Mobility (Part I) 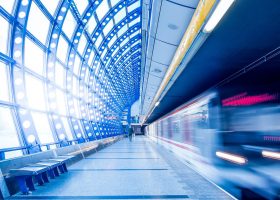 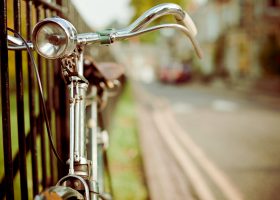 Mobility is changing at an unprecedented rate, driven by technological developments promising to bring private vehicles and heavy traffic to an end. But will this promise hold true?

To understand it, we’ll compare four myths commonly used by supporters of “new mobility” as a solution to traffic problems with the hard data. The article is divided into two parts: in this first part, we’ll look at #1 Crowdsourcing and #2 Remote Working; in the second (coming soon), we’ll go into #3 E-Commerce and #4 Self-Driving Cars.

This myth is based on the theory that carsharing and VTCs like Uber and Cabify reduce the need for private vehicles and thus reduce vehicular traffic, given that they complement the public transit available by favoring multimodality… FALSE

According to surveys done in 2019 by the Technical University of Madrid in Madrid and Munich, more than 50% of trips currently made with carsharing and almost 40% of VTC trips are replacing the use of public transit or walking and cycling. In fact, only 10 to 15% of trips replace others made by private vehicle. Moreover, this mode of transportation creates trips that wouldn’t have taken place otherwise.

The same phenomenon can be seen in the US’s major metropolitan areas. There, around 60% of VTC users say that, without this service, they would use public transit, walk, bike, or not make the trip at all.

Analyzing the evolution of public transit and VTC users in the US over the last five years confirms this finding. The exponential increase in VTC travel (+ 37% in 2017, + 60% in 2018) was accompanied by a decrease in the use – and thus revenue – of public transit.

What dismantled this theory is that the impact of VTCs in terms of vehicular traffic is negative, even when this service replaces private vehicles. This is because we must look at the kilometers traveled with passengers on board, plus those driven while waiting for a customer to book the next trip, plus getting to the pickup point. These “empty” kilometers mean that, on average, VTC services travel 2.8 kilometers for every kilometer that would be driven by a private car in their stead, an increase of 180%.

Despite the widespread theory about their positive impact on traffic, VTCs are contributing to increased traffic and congestion; driving down public transit users, pedestrians, and cyclists; creating new car trips, and driving more kilometers per trip.

The growing use of remote working will significantly reduce traffic in our cities… Though there is some truth to it, it’s also quite FALSE. More studies are needed.

Working remotely impacts the mobility of workers and their families in different ways. The first and most obvious effect is eliminating trips to and from work, which reduces mobility at rush hour and, thus, heavy traffic. This effect has been especially clear during the pandemic, as many companies have been forced to use any available means and implement policies for remote working. Before the pandemic, about 5% of the workforce worked remotely on a regular basis. During the pandemic, this percentage is estimated to have increased by more than 30% to 40%, depending on location.

However, some studies show that this mode of working has a much lower impact on global mobility and that after periods of growth (e.g., following the 2008-12 crisis), companies tend to revert to in-person work. This is attributed to the value placed on personal interactions, particularly in creative, collaborative, or more difficult-to-compartmentalize environments.

On the other hand, there is also evidence suggesting that teleworking increases the number of non-work trips. This is simply because it’s possible to take the time saved by not going to work for other activities, such as driving kids to school instead of putting them on the school bus. The option to work from home may also encourage workers to live further from the city center. This phenomenon, known as urban sprawl, tends toward longer commutes and encourages using private vehicles since the periphery of urban areas is less dense and has less public transit available than more central areas.

Estimating the net effect of remote working on traffic and congestion is therefore less obvious than it might seem. That’s why we here at Cintra are conducting various research projects with universities and companies specializing in behavior surveys. Our aim is to improve quantifying and projecting the future impact of this phenomenon.

Though remote working is expected to reduce travel – and rush hour traffic – to some extent, it may have less of an impact in the future, and secondary factors such as increased non-work travel and urban sprawl mitigate this effect.

In short, we’ve seen that #1 Crowdsourcing is leading to increased traffic in our cities, while #2 Teleworking has a potentially negative yet more uncertain impact. Quantifying the latter entails a challenge that Cintra is addressing through a range of initiatives. In any case, one thing is clear: these trends won’t end traffic and congestion, as we often see in newspapers and hear at “New Mobility” conferences.