The Future of Mobility Was Invented Over 200 Years Ago

“Every time I see an adult on a bicycle, I no longer despair for the future of the human race.” H.G. Wells

Leonardo Da Vinci is said to have invented the bicycle, though it is not known for sure whether the documentation found with the first sketches of what we now know as the bicycle belonged to this “Renaissance Man” who authored many remarkable inventions.

Even though there is evidence of bicycles existing before 1800, it seems that the first bicycle was invented in 1817 by Baron Karl Von Drais in Germany. He called it a “running machine,” and it consisted of a kind of cart with two wheels, one behind the other, and a handlebar.

Like other technologies, the bicycle has gone through various transformations over time; its evolution has never stopped rolling, and it is undoubtedly a significant invention that will stand the test of time, along with the likes of penicillin and the lightbulb. 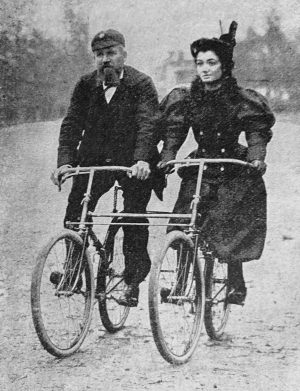 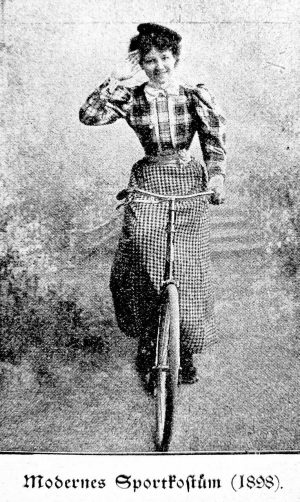 From 1920 on, it spread all over the world, as having a velocipede became quite fashionable in western Europe and North America.

The bicycles that appeared in Barcelona (my city) at the start of the 20th century had a simple frame, and they were pedaled and braked by foot – comfort was not their main feature. In the Catalan city, women were the most enthusiastic cyclists. This new mode of transportation inspired a feeling of confidence in them and helped them navigate public space with a degree of freedom. Some of them even defied custom and decided to wear pants to pedal comfortably, but, above all, women began to move around the city more freely. 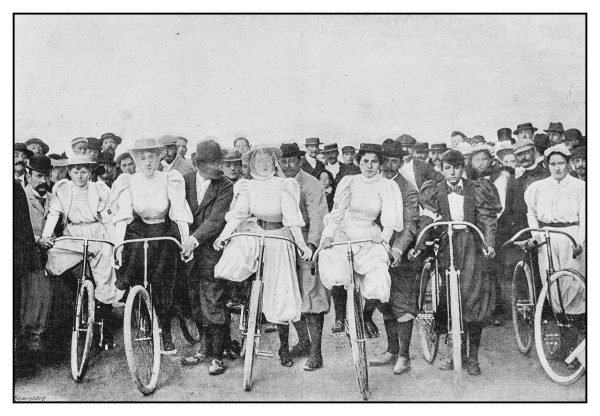 In 1896, American suffragette and feminist Susan B. Anthony said of bicycling:

I think it has done more to emancipate women than anything else in the world.

In 1940, bicycle usage began to decrease, giving way to the automobile, then considered the vehicle of the future. Cars became the preferred mode of transportation, and bicycles became a vehicle for the working classes who were unable to purchase a car.

In the 1980s, the advent of mountain biking meant a major change in Barcelona’s city life, which was on the verge of roadway saturation. This shift saw an increase in the number of cyclists daring to bike around the city, leading to municipal authorities’ decision to open the first bike lanes. Moreover, the 1992 Olympic Games in Barcelona inspired infrastructure and other sports initiatives related to biking.

In the first decade of the 21st century, the bond that residents previously had with their cars began to shift towards bicycles, which represent a modern paradigm of mobility. Biking is considered to be part of a system of urban coexistence that enables better use of public space, making it more inclusive, and which promotes a certain egalitarianism, increasing equity in getting around the city. 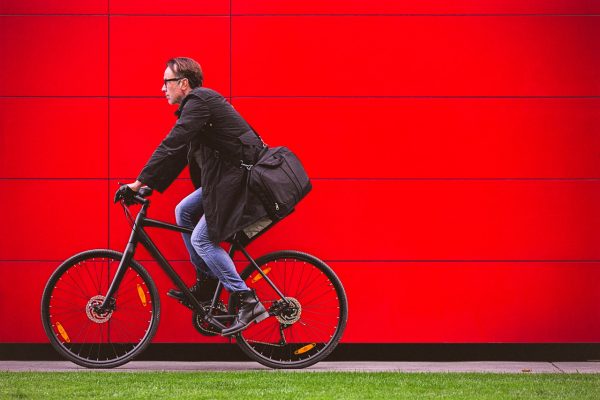 Bicycling is experiencing an ongoing boom, and growth is expected for this mode worldwide, in part due to the health crisis resulting from the COVID-19 pandemic. This is a great opportunity to compare the advantages of change in the mobility model.

Cycling has clearly become a critical ally in overcoming the crisis by ensuring effective mobility in terms of the virus’s infection and transmission, in addition to offering greater protection than other modes of transportation that cannot offer the desirable physical distance between people. That’s why the bicycle is the best means of transportation at the moment.

What role will bicycles play in the future of mobility?

Prior to the COVID-19 crisis, data already predicted an increase in bicycling. In the 2019 Barómetro report (the largest state study on this mode of transportation carried out every two years), the Red de Ciudades por la Bicicleta (the Network of Cities for Biking) shows an increase of 2% for bicycles since 2017. Currently, more than half of Spaniards ride bikes. 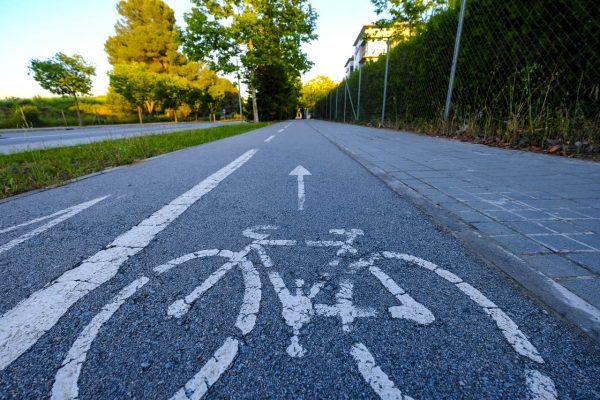 The study also reveals that the bicycle has replaced the car and motorbike for daily commutes in over 40% of cases, with more than 4 million residents using it for their daily commute to work or school.

Similarly, in 2019, the visibility and use of public bicycle systems increased; more than three million Spaniards use a public bike-sharing system, which makes electric bikes more available to residents.

We are facing a paradigm shift in terms of private property, and mobility is the biggest factor in this.

With these results in mind, the natural change in trends and the positive effects that biking has offered during the management of this health crisis in some countries, now more than ever, the bicycle is being reborn as a strategic mode of sustainable transportation that is here to stay.

At the moment, several countries are working on various measures to facilitate biking: creating bicycle lanes, lowering speeds for safe travel, and regulating traffic lights to give right-of-way to pedestrians and cyclists.

In Barcelona, the City Council has already announced that it will widen bike lanes and sidewalks after the Covid-19 crisis to promote social distancing and to prevent cars from taking up too much space. 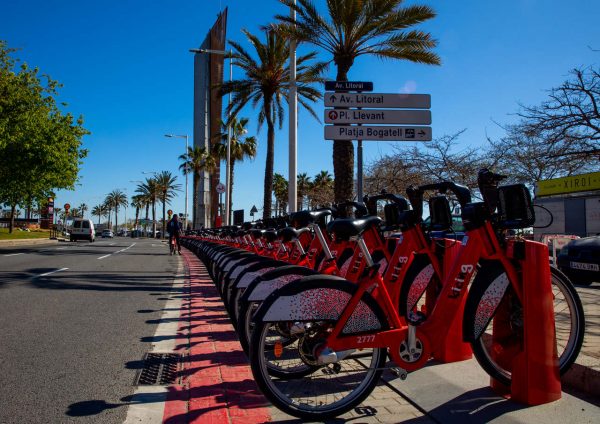 This health crisis offers a great chance to confirm the advantages of changing the transportation model. It also entails a new scenario to consider in managing transportation in the coming months and years. This will mean bringing a new drive to the creation of priority infrastructures for individual public transportation, for people and for bicycles. This will require introducing changes in the organization of city transportation and improving the capacity and length of bike routes.

The bicycle encompasses other areas that are currently of interest in cities everywhere: sustainable city transportation, public space, road accident statistics, and diversity; moving around the city in a certain way involves a certain vision of seeing and building the urban environment. 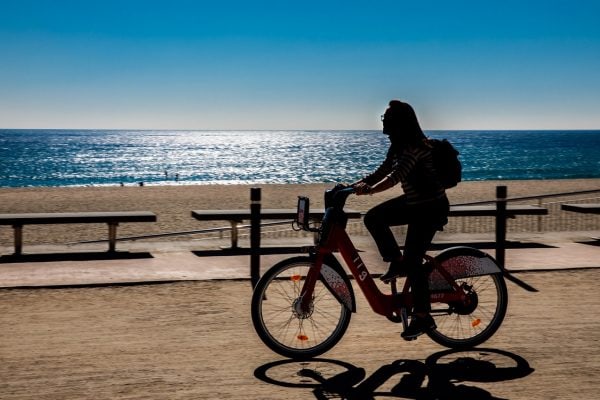 The cultural change around biking does not lie in declaring it as the best vehicle or the solution to all mobility problems. Rather, this change depends on its consideration as a vehicle that is effective, sustainable, flexible, cross-cutting, one that will help stitch together current mobility infrastructure and that can be used by all, regardless of social class, in every city around the world.

One thing is clear: the bicycle has been a trendsetter throughout its history. This human-powered, two-wheeled vehicle has come a long way from its humble beginnings during the French Revolution. Fast-forwarding to the present, it has become the most affordable and adaptable autonomous vehicle of the day, an essential mode of transportation for addressing transportation challenges faced by cities all around the world. The bicycle is here to stay.