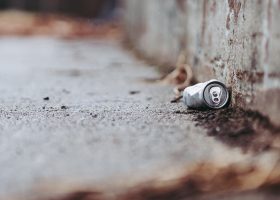 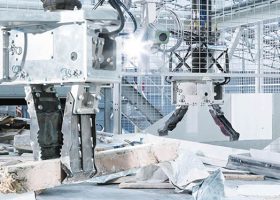 Carlos Martí, director of the magazine Ciudad Sostenible, interviews Fidel López Soria, CEO of Ferrovial Services, about the major environmental and technological challenges that cities face. Below is a summary of the main topics they discussed.

It was unexpected, but we knew it could happen. We know that it will happen again. Sooner or later, we will have to face new health pandemics and other crises bought on by climate change, loss of biodiversity, overusing resources… In these times of uncertainty, the exception becomes the norm, and what was old is new again.

The processes of zoonosis, which cause numerous diseases, including Covid-19, are the perfect example of the disconnect between nature and human beings, marking a new chapter in the struggle between two worlds that never should have turned their backs on each other. The planet has limits, and we have to learn to live without overstepping them.

Now, everything is pointing in the same direction: changing the paradigm and rethinking how we live, use resources, consume, protect our natural ecosystems… And this is a change we need now. That’s why Europe launched its Green Deal, which took place prior to the pandemic. The Government of Spain, along with many others, has officially declared a Climate Emergency. This is the only way for us to continue moving toward achieving the 17 SDGs, though many experts say that the Covid-19 crisis is having a very negative impact on the 2030 Agenda.

However, on the national level, the second edition of the report by the Sustainable Development Solutions Network (REDS, in Spanish) on the SDGs and cities, released in November 2020, shows that 82 of the 100 cities analyzed are beyond 50% in global compliance with the 17 SDGs.

Both from Europe and the Spanish administrations (the Next Generation investment plan for the former, and the Reconstruction, Transformation, and Resilience Plan for the latter), environmental protection – the fight against climate change, the energy transition, protecting ecosystems, and the circular economy – will entail primary economic issues.

As for Spain, 37% of investments will go green economy processes, while 33% will be for digitization. Both paths will not only cross: they complement each other in a kind of mutual relationship that will feed back to the selected projects. It’s hard to recognize it due to the sheer size of the human catastrophe we’re in. The reality is that the Covid-19 pandemic is accelerating the ecological transition and the economic-productive model’s transformation. This is because it has forced us to take a look in the mirror, and we don’t like what we see.

A world of cities

With cities taking an increasingly active role over the last decade, it goes without saying that cities are the main causes of climate change and high consumption of energy from fossil fuels. Moving away from these “common places,” it’s important to highlight just a couple of points from the latest UN-Habitat Report “The Value of Sustainable Urbanization” for an overall vision: urbanization will continue to be one of the main drivers of human development in this decade. Cities already generate more than 80% of the world’s GDP, and urban planning will be turning into the tool for designing prosperous, sustainable cities (more and more cities are planning their growth and meeting the demand for quality public services).

However, some 2.9 billion city residents currently experience some form of inequality. The informal economy can account for more than 50% of urban economic activity in regions such as South and Southeast Asia, Sub-Saharan Africa, and Latin America. In other words, there is economic growth, but in most cases, this increase in wealth is not accompanied by improvement in social equality.

Proper waste management through reducing, reusing, and recycling is a perfect example of how circular economy can be applied by making waste a resource, but also by promoting eco-design and citizens’ commitment to the environment. However, the circular economy is at the heart of urban transformations only if we understand it as a common scenario for all urban variables, not just waste management.

Urban transformation based on circular principles goes much further. In the first place, they also get at urban design itself, promoting urban regeneration before building a “new city” by increasing densities and compactness. This approach improves efficiency levels and reduces the costs of certain public services, as well as enriching the human complexity that makes a city “a city,” after all.

The criteria for the circular economy can also be applied in the fight against climate change; in implementing clean, sustainable mobility systems; in strengthening urban resilience (in both environmental and social terms); comprehensive management of the water cycle; maintenance and cleaning for public spaces; land restoration; energy efficiency and promoting renewable sources; improving air quality; increasing quality of life and well-being for humankind…  This is the only way we can go from talking about partial circular economy processes to a comprehensive concept of circular cities.

Cities that have decided to commit to circular processes do so based on the fundamental integration of design and urban function. There are already some very interesting projects: the Amsterdam Circular Strategy 2020-2025, the “Circular Glasgow” plan, the “15-minute city” in Paris, the regeneration of two central neighborhoods in Oslo, the new Hafen district in Hamburg, and Melbourne’s Covid-19 Reactivation and Recovery Plan.

We had the opportunity to discuss all of this in this interview with Fidel López Soria, CEO of Ferrovial Services. The interview, which covers a wide range of topics, will be published in full in the next issue of the Ciudad Sostenible magazine; we’ll give you a preview with this short video excerpt.