Clair Patterson devoted much of his career to a task that had many scientists, thinkers, and philosophers throughout history had taken on: accurately calculating the age of planet Earth. However, his experiments soon led him to discover that all the rocks he analyzed were contaminated with lead. And he didn’t stop with the rocks: his instruments, laboratory floors, and even his clothes were covered in this heavy metal.

Patterson was quick to link this contamination to the use of lead in vehicle fuels. Determined to find out the extent to which we were damaging the planet, he climbed mountains, went to Antarctica, and analyzed ocean floors to collect different samples.

He stood up to the oil industries that had financed his work years before, and that quickly led to him being branded as eccentric and obsessive. However, time and science ended up proving him right. Leaded gasoline was polluting the Earth and leaving millions of deaths and illnesses in its wake.

The history of leaded gasoline starts in 1921 in Ohio, in the United States. At the time, General Motors chemists wanted to improve the octane rating of gasoline to prevent uncontrolled combustion from causing knocks and rattles while vehicles were on the road. The solution was a compound called tetraethyl lead: when put into the engine, the strong vibrations became a purr. The compound was cheap and didn’t smell bad, so it was an immediate hit. 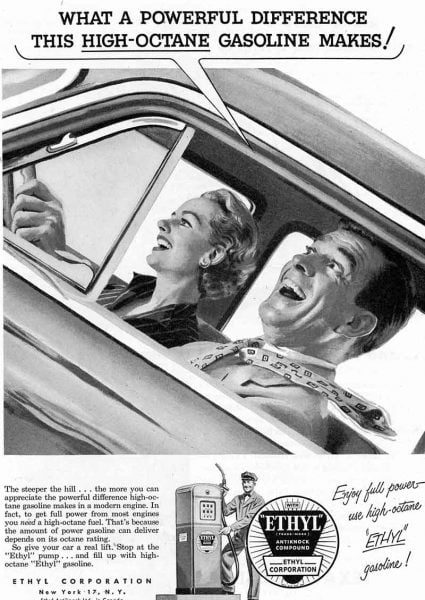 General Motors and Standard Oil created a new company to produce it: the Ethyl Corporation. However, they deliberately omitted the word lead since its toxic characteristics had been well-known for centuries. The Romans wrote that it caused madness and death, and during the 17th century, it was commonly used as a poison among the French nobility.

During the 1920s, many experimental refinery workers became ill, and others died. Their diagnoses included problems like high blood pressure, kidney failure, blindness, and anemia. Years later, it would be discovered that tetraethyl lead’s toxic effect acts particularly quickly on the human body.

Some professionals like Professor Yandel Henderson warned of the risk of adding lead to fuels. However, the companies involved carried out their own studies, and they found that improving safety systems in factories would be enough to minimize the impact on people’s health. No outside research was done, and after brief debate and much publicity to its credit, leaded gasoline began to catch on around the globe.

A trail of contamination

Leaded gasoline was already quite common in the United States when Patterson began working as a chemist in the 1940s. He spent a few years in a nuclear production facility, and he was horrified by the result of his work: the United States dropping the atomic bomb on Hiroshima and Nagasaki. He went on to enroll as a doctoral student at the University of Chicago.

It was around this time that scientist Harrison Brown came up with a method to determine the age of the Earth that involved counting isotopes of lead in igneous rocks. As Bill Bryson recounts in ‘A Brief History of Almost Everything,’ the task involved analyzing rock samples a thousand times smaller than previously measured. He entrusted the task to Clair Patterson, assuring him that it would be “duck soup.” It took him years to finish, but his work earned him a doctorate and a place in scientific history: he found that the Earth is 4.5 billion years old. 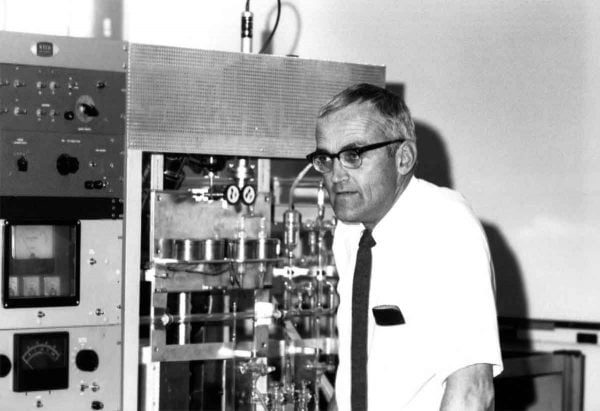 By then, however, Patterson’s mind had already turned to something else. He had discovered that all the rocks he analyzed had a much higher proportion of lead than expected. He performed the sampling in other laboratories and washed his tools to rule out any contamination of the samples, but the results were always the same. Everything he tested had high percentages of the material.

He became obsessed with cleanliness and disinfection: he installed air purifiers, isolated his work material, and forbade his colleagues from entering his lab in street clothes. He began to wrap himself in plastic to work, and over the years, he started wearing a gas mask outdoors. His laboratories came to be perfectly aseptic – that’s quite common nowadays, but it seemed rather eccentric back then. 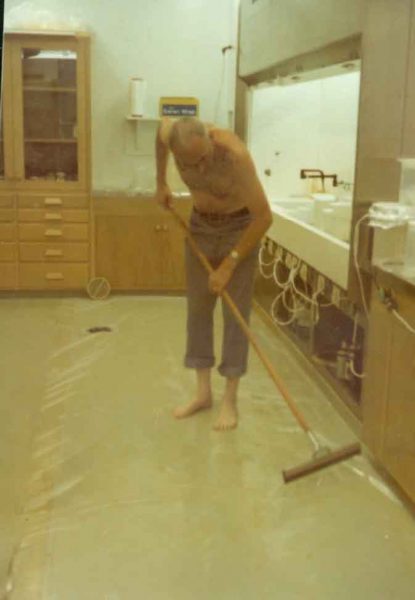 “I was forced to make the clean lab as a consequence of these discoveries. Why would I have a clean lab? No one else had a clean lab,” he would point out in an interview years later. “(…) “The lead from your hair, when you walk into a super clean laboratory like mine, will contaminate the whole damn laboratory. Just from your hair.”

A crusade against the industry

Patterson began traveling to remote locations to sample natural elements and analyze their lead content. He went as far as Greenland and Antarctica, and he took sediment from the bottom of oceans and the tops of mountains. He found evidence that lead contamination had increased by more than 300% over 18th-century levels.

“He found evidence that lead contamination had increased by more than 300% over 18th-century levels.”

“What Patterson found was that before 1923 there was almost no lead in the atmosphere, and that since that time its level had climbed steadily and dangerously. He now made it his life’s quest to get lead taken out of gasoline. To that end, he became a constant and often vocal critic of the lead industry and its interests,” writes Bill Bryson.

In 1963, he published his findings in the journal Nature, and the oil industry’s reaction came swiftly. His managers tried to discredit him, they stopped funding his research (as they had for years), and they even tried to get the University of California to silence him.

However, Patterson continued his research and efforts to bring the truth to light. In 1979, a groundbreaking study corroborated what he had been saying: pediatrician Herbert Needleman proved that lead caused psychological disorders and diminished children’s mental faculties. 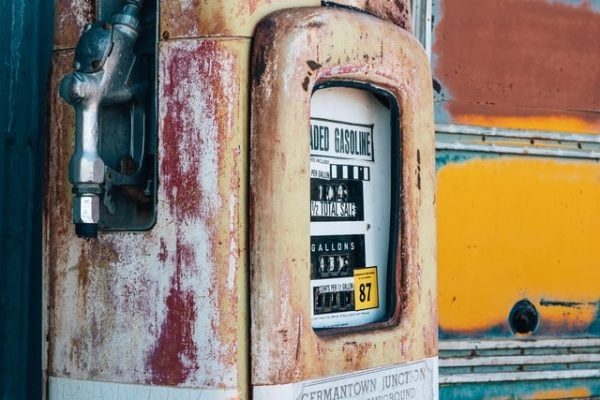 Finally, the U.S. Environmental Protection Agency (E.P.A.) called for a ban on leaded gasoline in 1986. By nine years later, all of the remaining leaded gas had been removed from gas stations in the United States. “Almost immediately lead levels in the blood of Americans fell by 80 percent,” Bryson writes. “But because lead is forever, those of us alive today have about 625 times more lead in our blood than people did a century ago.”

In 2021, Algeria became the last country in the world to ban this fuel. It did so just over a century after General Motors chemists began adding tetraethyl lead to fuels to improve performance – and almost 60 years after Patterson started battling this powerful industry on finding how this seemingly imperceptible pollution was reaching the most remote spots on Earth. It seemed like he had everything to lose, but he ended up winning.