Some of the Most Secure Places on the Planet

The characters in Money Heist, a Spanish hit series watched around the world, decide to rob a fictitious National Coinage and Stamp Factory that’s located in the real Bank of Spain building. This building, which houses a third of the Spanish gold reserve, is one of Madrid’s iconic monuments.

During its construction, huge security measures were put in place, making its basement one of the most secure places in the world. In its 85 years of history, nobody has tried to break in and rob it, though it does appear often in fiction. There are places quite like this in the real world.

Whether it’s vaults protecting gold, prisons that keep inmates from escaping, or bunkers that serve as data centers, this article has rounded up some of the world’s most heavily armored spaces. There are buildings as well as cities, abandoned mines, and even fleets.

The vault in the Bank of Spain

The Bank of Spain, located in the heart of Madrid, stores just over 281 tons of gold bullion and nearly half a million coins in its vault, one of the largest numismatic collections in the world. While little is known about its security system, series like Money Heist have stoked the flames around this secret and created a few new ones. 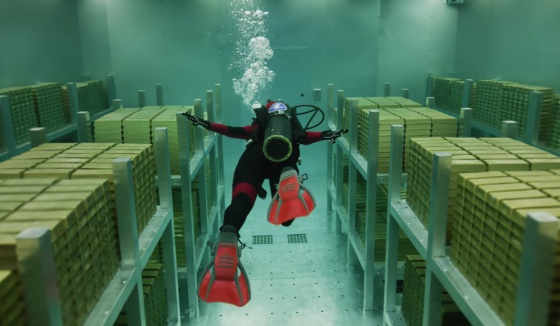 Fictional image from Money Heist, where the Bank of Spain is robbed

In this well-known series, as well as in recent films like Way Down (2021), it is said that the vault floods when thieves enter. This is not true, but its access pit actually does flood. At the moment, though, this feature hasn’t ever been used for obvious reasons: the chamber is more than 35 meters deep, and it’s guarded by several 16-ton, 14-ton, and nine-ton armored doors. Getting in is not easy. Getting out is even harder.

The city of Mezhgorye and its mountain (Russia)

One of the most secure places on the planet is noteworthy because of its disproportionate size. This is the Russian city of Mezhgorye, which has 15,000 inhabitants. It is completely fenced off to prevent anyone who has not been duly authorized to enter from getting in. Beneath nearby Mount Yamantau lies one of the world’s most unsettling bunkers. 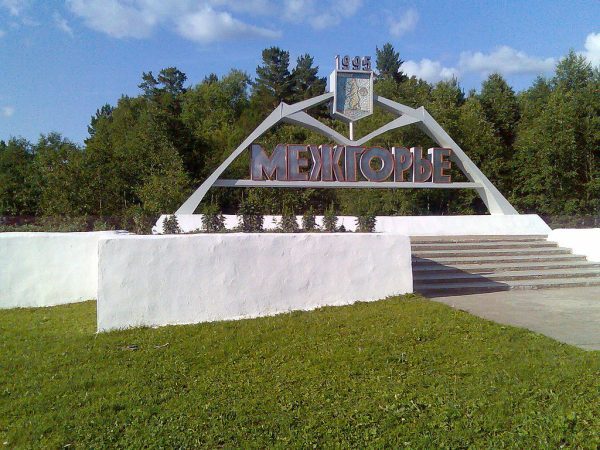 There is every indication that the complex is actually an intercontinental ballistic missile silo, part of the Perimeter (Периметр) system. It’s not possible to enter the city, its airspace is closed, and the mountain has been guarded by stormtroopers for decades. This means that it’s unlikely that the mountain stores clothing and food, as was reported a few years ago.

Many buildings and places around the world have been designed to make it difficult to get in. Others, as is the case with Fuchu (Fuchū) prison in Japan, are considered among the strictest and most secure prisons on the planet. It can house almost 3,000 inmates, and the cells are armored with a host of sensors that monitor every movement inside – a full-fledged panopticon. 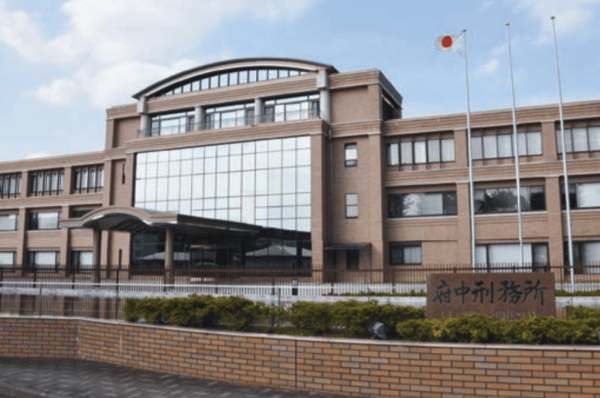 With its militarized rules, even the inmates have to march in platoons. This prison was built as a labyrinth of corridors and armored doors, and it has never reported a single escape. The most dangerous members of the Japanese mafia are locked up there, though there are also common prisoners.

In 2008, the World Seed Bank was built deep in a mountain in Svalbard, a remote Norwegian island near the North Pole. Its aim is to protect all sorts of crops from the effects of climate change and other potentially catastrophic events. As if getting there weren’t hard enough, getting through the security measures is not any easier. 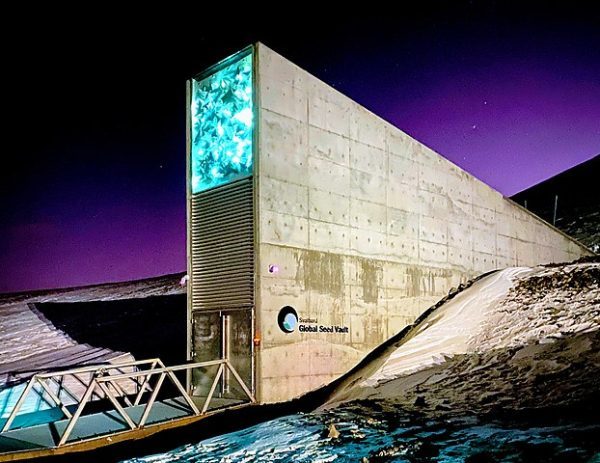 This bank stores more than 6,000 species from 249 countries, though only Aleppo’s International Center for Agricultural Research in the Dry Areas has made a withdrawal (this was due to the armed conflict in that country that has devastated many crops). The vault can withstand volcanic eruptions, solar storms, and level 10 earthquakes on the moment magnitude scale (Mw).

It is often said that data is the new gold, and that’s why access to it is stored in places with increasingly more cybersecurity and physical security. Sometimes, this means it is taken underground in anti-nuclear bunkers built during the Cold War. This is the case of the Pionen White Mountains data center, owned by Bahnhof AB and known worldwide for hosting The Pirate Bay. 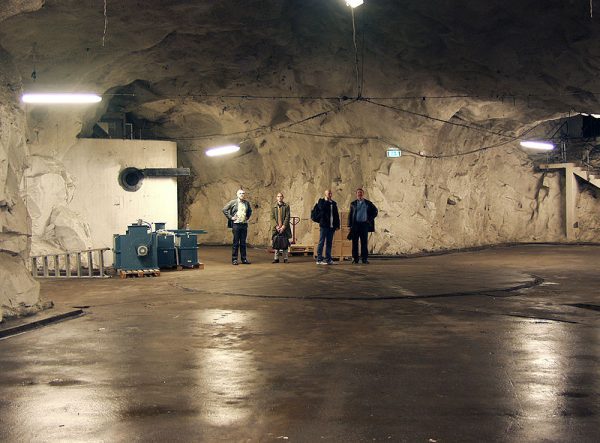 It is considered the most secure data center on the planet within the field itself, capable of repelling both physical and cyber-attacks. Its 40-centimeter-thick steel doors guard against intrusion, and they notably use diesel engines from two old submarines as electrical generators for the 1.5 MW needed for the cooling system.

Air Force One, the most armored plane on the planet

The Air Force One fleet, run by the Presidential Airlift Group of the U.S. presidency, operates several Boeing 747s with significant security modifications, including operation with hundreds of people if necessary. On board, there are two kitchens that can feed 100 people at a time, medical facilities with an operating room, offices, and meeting rooms.

The plane’s security is handled by the American secret service, and much of it has been deliberately hidden from society. However, some details have been revealed. These include its several anti-missile systems, such as the AN/ALQ-204 and the AN/AAR-54(V), encryption systems, several escort fighters, secret service personnel, the counterattack team (CAT), and armor. It is, by any definition, a flying bunker.