World Water Day is held every year on March 22, yet something as simple as turning the tap on is still a luxury for 2 out of 5 people in sub-Saharan Africa.

The situation is particularly complicated for countries in the Horn of Africa, such as Kenya, Ethiopia, and Somalia, where the effects of climate change have a direct impact on seasonal droughts in the area and on food security for its population. Thirteen million people are on the brink of the food crisis.

This region has had 3 years without rains and with insufficient harvests. The herding and agricultural communities are hardest hit by this lack of rainfall. Livestock die, food prices soar, and families do not have access to safe water. We may face a serious humanitarian crisis in the coming months. The number of children who need nutritional treatment is beginning to rise, and without access to water, we will soon see an upsurge in diseases among children under 5 years old.

In this context, humanitarian care will be vital in the coming months, but we must not lose focus on improving communities’ resilience and their sustainable access to water. 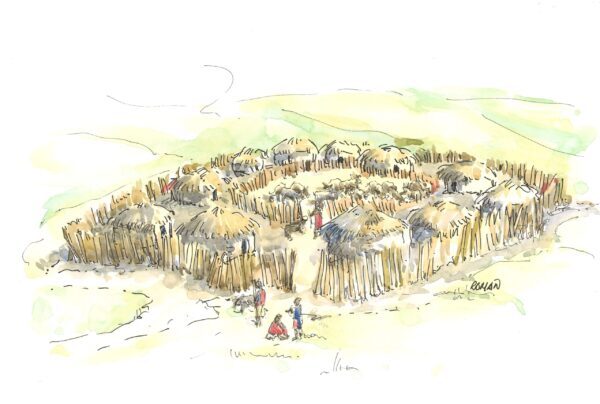 Among the populations that inhabit this region are the Maasai, an ancient warrior tribe that now raises livestock and herds. The Maasai live in Kenya and Tanzania, and their livelihood means they are especially exposed to the lack of water. They live in basic circular houses made of brick and adobe. A village is called a “boma,” and these are surrounded by a second barrier consisting of an acacia closure filled with thorns. These prevent attacks from lions and other wild animals, and they keep the tribe’s animals from escaping.

The Maasai community in Kajiado County, Kenya, did not have access to safe water, nor did their schools or health centers. That’s why we’ve launched the project “Sustainable water for the Masai” with the support of Ferrovial. Two sand dams built in Kajiado County will supply water to more than 5,000 people through solar-equipped wells, water storage tanks, and water kiosks. In addition, 5 rainwater collection tanks have been installed at 2 health centers and 3 schools. This is a change for the area’s inhabitants, especially women and children.

Water management and the impact on women’s lives 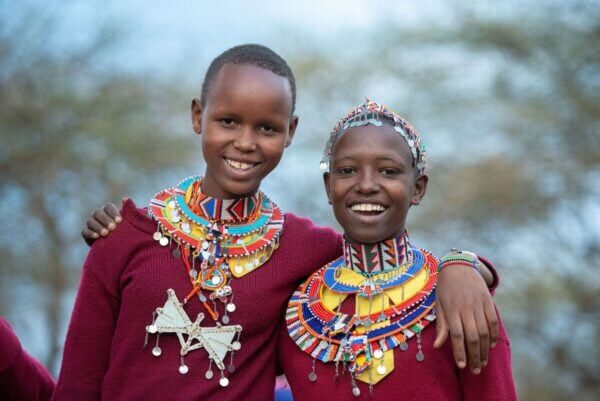 On our last trip, we had the opportunity to speak with Ann Nemayian, a woman who now enjoys water from one of the two dams built with Ferrovial’s support. More than 5,000 people currently benefit from this dam. She told us how her life has radically changed thanks to access to safe water. Ann used to have to travel six kilometers every day in search of water for her family. Getting it, however, still didn’t ensure good health. The water was collected from wells shared with animals and was heavily contaminated.

The long journeys also prevented Ann Nemayian from having enough water to cover her home’s most basic needs. In 80% of cases, water management in African households is the responsibility of girls and women, who spend an average of one hour each way. Transporting the liters of water needed for a family is very heavy and dangerous. That is time they lose to go to school, earn a living, or take care of their families. In many cases, it also exposes them to violence and aggression by traveling so far from their communities.

Ann was in charge of water rationing every day with strict supervision. The most important thing was the water for drinking and cooking. Often, there wasn’t enough left over for hygiene or cleaning. This is how diarrheal diseases, for instance, break out.

She also told us that what she appreciated most about the changes the project created was not having to worry about the quality of the water and the peace of mind she felt knowing her children were drinking clean water. Unfortunately, poor hygiene and poor-quality water is still the second-leading cause of child mortality in Africa.

In Kajiado County, south of Nairobi, water hasn’t affected the lives of families, especially those of women and children, for a few months now. Thanks to this project funded by Ferrovial, the mortality rate for children under 5 years of age and diarrheal diseases will decrease as the lives of all the residents improve.

When you support Amref Health Africa, you’re making lasting change a reality for the health and lives of communities. Thank you for making this possible.