When there’s no grip on a Formula 1 circuit, here’s what they do to fix it

In March 2020, Formula 1 was getting ready for the first race of a new season in Australia. With safety measures for covid 19 in place, the race was ready to go ahead as planned. Then, news broke that McClaren was pulling out. A member of their team had tested positive for coronavirus. Soon after, organizers decided to call the entire race off.

As the pandemic grew, it wasn’t long before even more races were canceled. First it was France. Then the Netherlands. Then Azerbaijan, Singapore and Japan all followed.

But even with all these cancellations, there was still hope that organizers could salvage some sort of a season for 2020. According to the rule book, only 8 races would be needed to do this.

And so F1 did what many said would be impossible; they got an initial eight-race calendar together. Then, in July 2020, after the initial success of the calendar, they decided it should be expanded. They wanted to hold even more races. Up to 18.

At the same time, more locations from the pre-pandemic calendar were being canceled. Which meant that F1 bosses needed a lot of new locations. Mugello and the Algarve got to host their first ever races. And then, in August, an announcement was made that Formula 1 was returning to… Turkey. 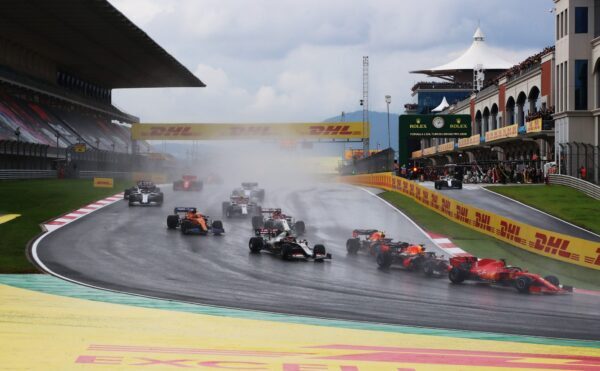 F1 hadn’t been there in almost a decade, and race organizers in Istanbul knew they would need to put on a show. So they decided to relay the track… just 8 weeks before the race was due to take place. The timing turned out to be a bit of a miscalculation.

How do tires grip?

On the day of the race it’s raining. The lights go out and as the cars approach the first corner, Esteban Occon and Valteri Bottas suddenly spin off the track. Other drivers had similar problems. But it wasn’t just the wet weather that was affecting the grip, it was something else. Something had gone wrong between the moment they relaid the track and the moment the race took place. Something that made the grip almost nonexistent.

To understand what happened, it helps to understand the basic composition of asphalt. Asphalt is basically made of two things: aggregates and bitumen. Those aggregates are known as coarse aggregates (gravel), fine aggregates (sand), and filler, which is actually just dust. The aggregates make up almost 90-95% of the weight of the asphalt, and they’re the key to making the tire grip to the surface of a racetrack.

The two main mechanisms that make grip possible are called roughness and molecular adhesion. Roughness causes grip because when the tire rolls along the surface, it strikes the aggregates and deforms ever so slightly which creates a tangential force that opposes skidding. In other words, it generates grip. Which is why F1 drivers heat up their tyres. Warm tyres deform more and therefore touch more of the aggregate at once. 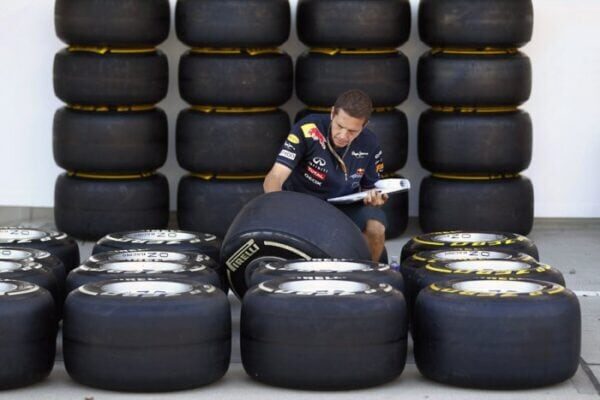 Molecular adhesion is when partial bonds between the polymers in the tire and the asphalt surface are created. This bond happens in the micro-roughness, which is the texture of each individual aggregate. Both roughness and molecular adhesion help generate grip. When you remove one or both of these bonds, you get something like what happened in Turkey.

It was also raining, which reduced the grip even more. And to add to all of that, tire provider Pirelli provided tires based on the information they had of the track before it was resurfaced, and so they hadn’t been given enough time to get the right tires into the hands of the teams.

How to make tires grip better

When Formula 1 came back to Istanbul the following year, the race organizers had been busy improving the grip. And they did this through something called waterblasting, which is essentially getting out a giant pressure washer and pummelling the surface with water to expose the aggregates hidden underneath the film of bitumen.

Although water blasting is a common solution to improve the grip of a surface, it’s usually the choice of a circuit that has either not much time, or not much money (or maybe neither). The ideal option in these scenarios is usually to start again and re-lay the entire circuit. 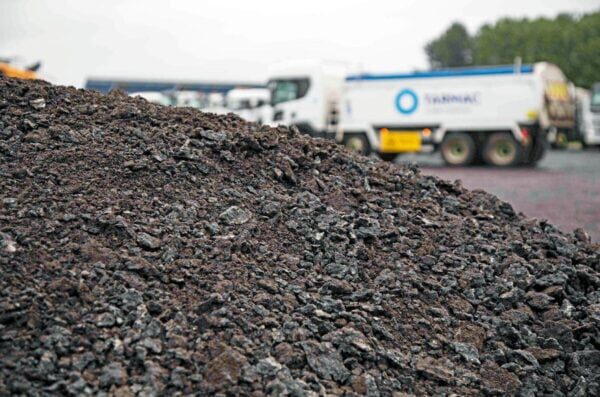 At Silverstone in 2018, this is exactly what they decided to do. There was only one catch. They had already relaid the surface. And it was causing huge problems. F1 circuits are usually re-laid every 10-15 years. Silverstone was about to relay its track for the second time in just one year.

On the latest episode of our podcast Sounds Like Infrastructure, we find out what happened at Silvertsone and what they did to fix the surface after being forced to refund 50,000 MotoGP fans who all turned up to watch a race that then got canceled (only a few weeks after F1 drivers made their feelings about the bumpy surface known to race organizers).

We’ve got that story, more details on Turkey, and the tricks used to lay the perfect race track surface in the latest episode of the podcast which you can listen to on your favorite podcasting platform here:

Google Podcasts: 11 – Formula 1: Bad Surfaces (And How to Fix Them) | Ferrovial