Earth’s Black Box: A structure for giving the society of the future information on climate change

We often talk about the legacy that our lifestyle will leave for future generations. The rise in sea level, the increase in extreme weather events, and the climbing temperatures. We ask ourselves what they’d think about the fact that we knew we were changing the climate and did nothing (or at least not enough) to prevent it.

To ensure that those future generations can have their questions answered, a group of Australian scientists and artists are building a large black box to record how humanity is handling climate change. It will run on renewable energies, record data day and night, and be so resistant that it will be able to withstand extreme conditions.

The Earth’s Black Box is expected to become a reality this year, in 2022, and be located somewhere in Tasmania. For now, the project is in its beta phase, recording climate change conversations posted on social media.

A black box for future generations

Like an aircraft’s black box, the main goal of Earth’s Black Box is to survive in the event of an accident. Specifically, an environmental collapse. “The Earth’s Black Box structure has a device that will record every step humanity takes toward or away from climate catastrophe,” says Jim Curtis, executive creative director at the Clemenger agency, one of the entities involved in the project alongside the University of Tasmania. 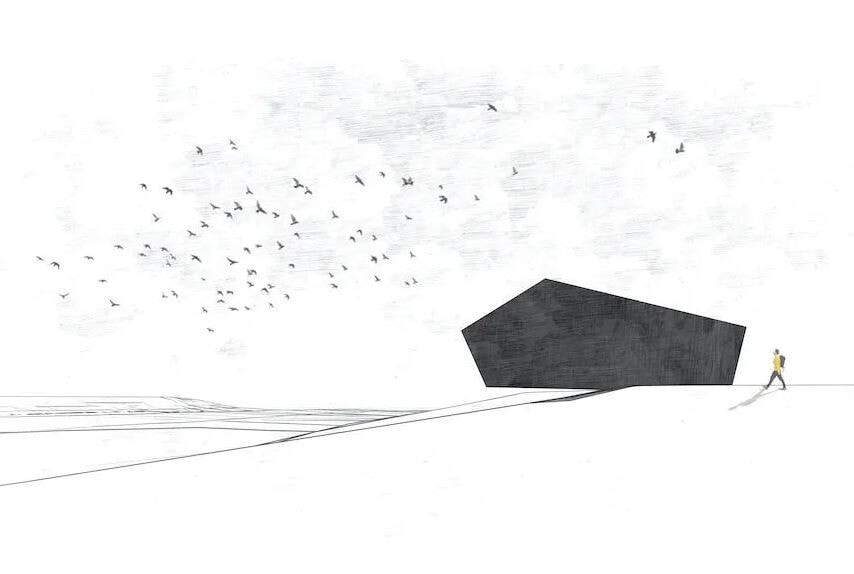 The plan to create Earth’s Black Box was presented at the end of 2021 after world leaders met in Glasgow for COP26 (the United Nations’ 26th Climate Change Conference).

The date was no coincidence: this COP was especially important because the aim was to assess what had been done so far to achieve the goals of the Paris Agreement. The conclusions weren’t very encouraging: the consensus was that the world hadn’t done enough to curb climate change. The summit also ended without any more strong, binding commitments to improve the situation.

A world driven by green energies, one where greenhouse gas emissions continue to rise, and yet another where high temperatures make life as we know it impossible. There are many possible scenarios for the future, and the truth is, the course of history depends on what we do today.

According to the sixth report by the Intergovernmental Panel on Climate Change (IPCC), one thing is certain: whatever we do, temperatures will be at least 1.5°C higher than in pre-industrial times by the end of the century. If we drastically reduce greenhouse gas emissions now, the increase may stop there. If, on the other hand, temperatures continue to rise, average temperatures could get to 4.5 °C. 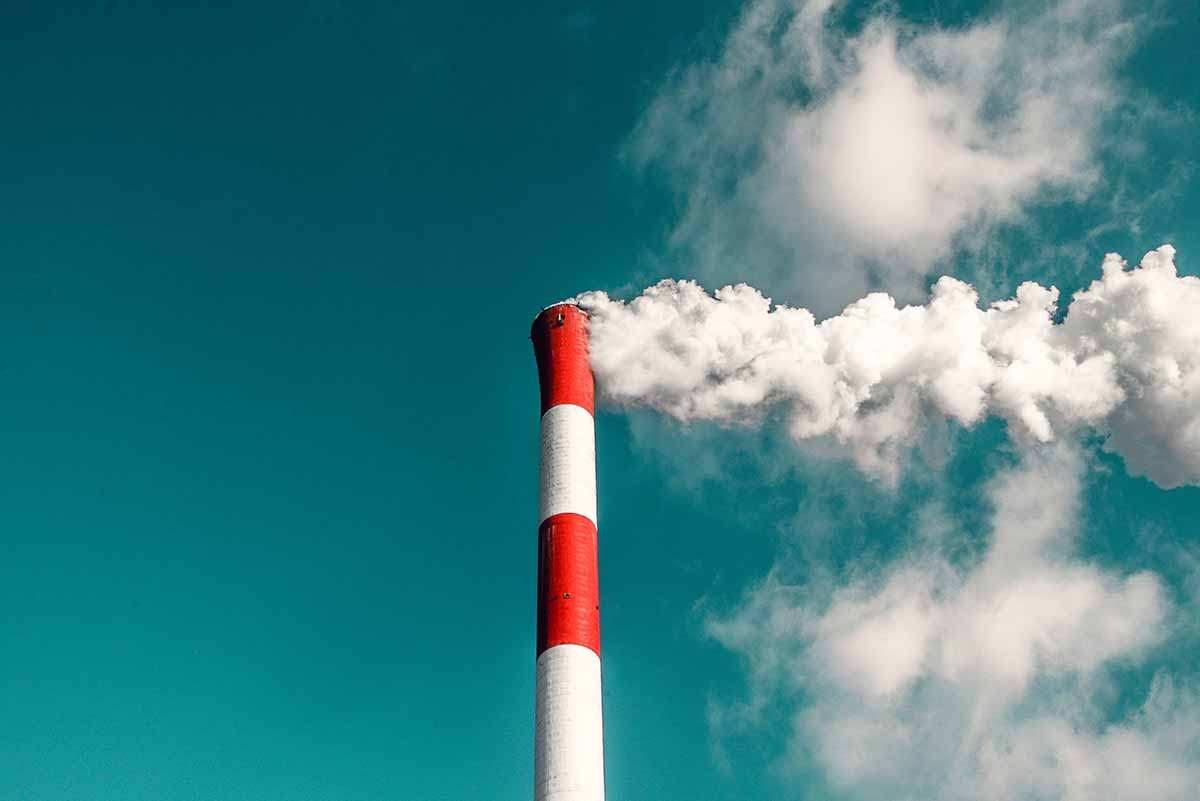 Smokestack releasing greenhouse gases, among other things, into the atmosphere. Veeterzy (Unsplash)

The consequences of this increase will be the rising sea level and the higher frequency and intensity of extreme weather events, to name just two. However, there are ways to prevent this. The IPCC highlights abandoning fossil fuels and opting for renewable energies like wind and solar as some of the leading solutions. Some also depend on our habits, such as adopting diets that are richer in vegetables or choosing to bike and use public transit instead of driving.

Earth’s Black Box, which was inspired by the black boxes in planes, will be a large steel monolith ten meters long and about 7.5 centimeters thick. It will house an internet-connected device that uses an algorithm to store information on climate change: everything from average temperatures to data on global energy consumption, scientific reports, and social protests. 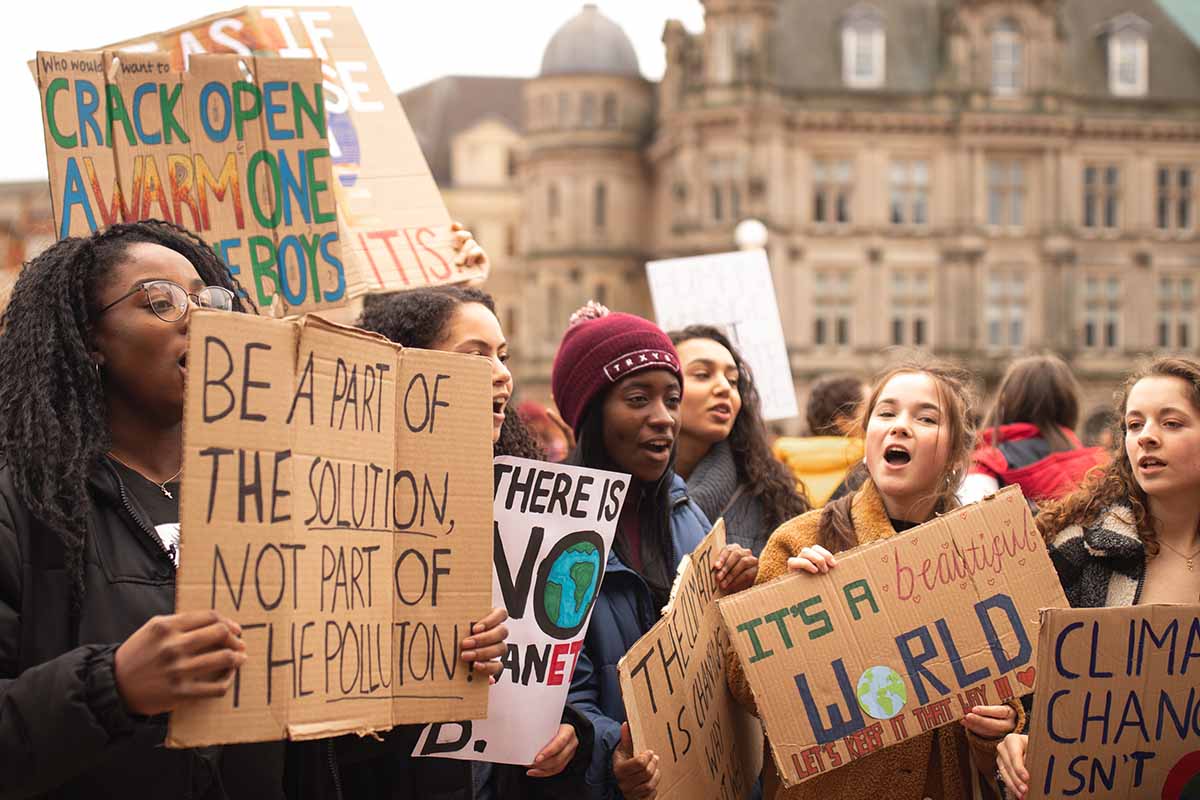 To ensure that this device never stops working, it will be powered by solar energy and will also have batteries. Its specific location is still unknown, but its general location on the west coast of Tasmania will ensure that it can receive many hours of sunlight.

One of the bases for creating this huge steel structure is making it as resistant as possible in order to record our progress for decades, even centuries. Thus, its design, shape, and materials are designed to withstand the passage of time, erosion, and, above all, the impact of possible natural disasters.

According to its creators, Earth’s Black Box will be built in 2022. For now, their device is in its beta phase, recording social media conversations in hundreds of different languages. As they point out on the project website, how the story will end is entirely up to us. What is certain is that our actions and interactions are already being recorded.