Inspiration and photography: What does José Manuel Ballester see in infrastructure?

Photographing a bridge and getting the viewer to appreciate its soul, as if it were alive, beyond just a simple set of materials, is undoubtedly a challenge that only someone with particular experience and sensitivity can convey.

That is precisely the gift that José Manuel Ballester possesses: conveying the beauty of everyday life as something extraordinary. Ballester is a well-established visual artist from the Spanish art scene who has for much of his career brought life to infrastructures through his photographs.

He studied Fine Arts and graduated in restoration. Though he has many years of artistic experience under his belt, he insists that he continues to learn every day. “I get up with an attitude of wanting to learn new approaches, techniques, languages, or disciplines. We are constantly learning,” Ballester says.

Ballester and the art of bringing infrastructure to life

Infrastructure has accompanied us throughout the history of civilization. It is a living image of our progress, always becoming ever more modern and sophisticated. In the article “An Empire of Engineers,” one can come to understand the undeniable importance of engineering and its contributions throughout history. Infrastructure could be considered the substrate on which society has grown and evolved, continually adapting to the needs and circumstances of each time.

But, beyond this more romantic vision and its significant role in the progress of civilizations, how can we see the soul of infrastructure through photography? How can an artist get a set of materials to convey life and move the viewer?

When he was starting out, José Manuel Ballester recalls having begun his first artistic stage with a much more romantic outlook: he “was constantly inventing a new reality.” But he soon realized that he needed to understand the world in which he lived. That’s how he started to observe and photograph it. He decided to focus on a much more realistic, grounded goal, the result of his own drive to understand the world around him. Understanding it better in order to learn to appreciate it. “You start trying to understand your own world, and you focus on what you want to communicate and where you’re going to focus your attention,” José Manuel admits.

Since then, the artist has continued to capture the lives of numerous infrastructures around the world. In a conversation in his studio, while showing me one of the most beautiful panoramas I have seen of the city of Shanghai, he remarked that he has visited China as many as 18 times, and he never gets tired of photographing its cities and infrastructures. As he points out, “If there is a piece of infrastructure that catches your attention, it’s because it has something to say, something to communicate.” 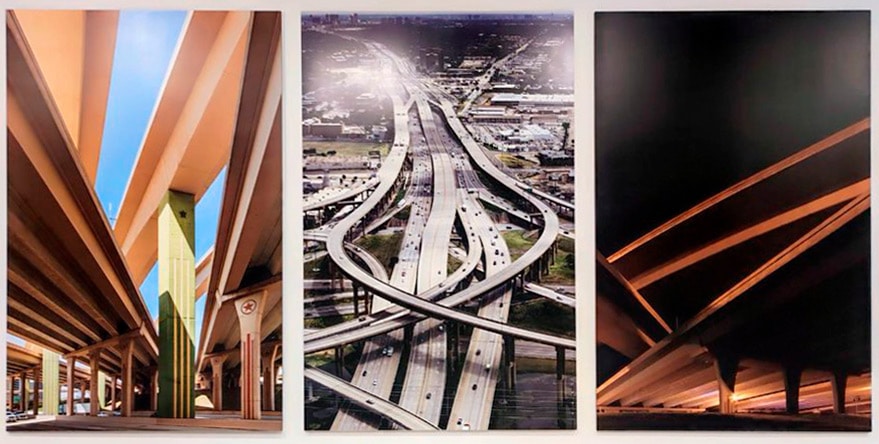 His way of looking at the world is inspiring, to say the least. He also reveals that this is the key to portraying infrastructure: “If you don’t put a little of yourself in the photograph, if you don’t spill over and capture what makes you feel what you’re photographing with some of your own soul, you will have a photo of infrastructure, but it will be just another photo among the many that have been made.”

And that is precisely one of the tips he wanted to pass on to aspiring photographers who share his taste for photography and infrastructures.

What are some tips the artist recommends?

A trip around the world

José Manuel Ballester’s latest big challenge has been hand in hand with Ferrovial; it’s consisted of a trip lasting more than 12 months. He’s visited all the corners of at least 12 countries, capturing the different infrastructures built by Ferrovial through his lens. But it is not the first time that the artist has gone on such an adventure. Ten years ago, he took a similar trip photographing the group’s many infrastructure projects around the world. Now, years later, Ballester has once again taken up the challenge of photographing the major works taking place around the world and documenting the work done by thousands of people behind these iconic projects.

His professional career is an ode to what humankind is capable of building. This new project is a tribute to how we, in our constant ambition to improve, can adapt and work toward a world in constant motion.

For Ballester, this trip was exciting: “I tried to manage to explain and understand the world and the varieties in it throughout this trip through my photographs.”

When Ballester talks about the world and its varieties, he does so because he says he has known the world’s two extremes, from works as impressive as Heathrow Airport to a water supply.

The result of this trip can be found in “Creation in Motion,” his new exhibition that is open to the public free of charge at Fundación Telefónica, starting this Friday, June 17. Creation in Motion is a journey around the world through Ferrovial’s different infrastructures.