Cleaner, Greener Airports, it’s not a myth, it is taking steps to make it a reality

How aviation contributes to the economy

Aviation is a force for good. According to the Air Transport Action Group (ATAG) air transport generates a total of 29 million jobs globally. Of these 29 million jobs, 4.3 million people are employed directly by airlines or airports, contributing to US$ 275 billion of GDP to the global economy.

In addition to job creation, it provides essential connectivity between remote communities, supports tourism and handles tens of millions of tonnes of cargo allowing businesses to compete on the global stage.

There is no doubting the hugely positive impacts of aviation, however, we are operating against the backdrop of legally mandated net zero targets, calls from sections of society for capacity restrictions and public support for a green recovery post COVID. Now more than ever, it’s important our sector clearly articulates our environmental credentials. It’s for this reason that in 2021, AGS Airports launched its sustainability strategy setting out how we will balance the undoubted social and economic benefits we deliver with our climate change responsibilities.

Prior to the pandemic, governments were enacting legislation in response to the climate emergency. In February 2020, the UK aviation industry also responded when it came together to unveil its decarbonisation roadmap which, at the time, was the first national net zero aviation commitment anywhere in the world. It sets out how the UK will be able to grow passenger numbers by 70% whilst reducing net emissions from 30 million tonnes of CO2 per year today down to zero by 2050.

Aberdeen, together with the wider AGS group, is a signatory to Sustainable Aviation’s decarbonisation roadmap which identifies where the reductions will come from. These measures include smarter flight operations, new aircraft and engine technology, modernising UK airspace, the use of sustainable aviation fuels (SAF), and high-quality market-based policy measures. 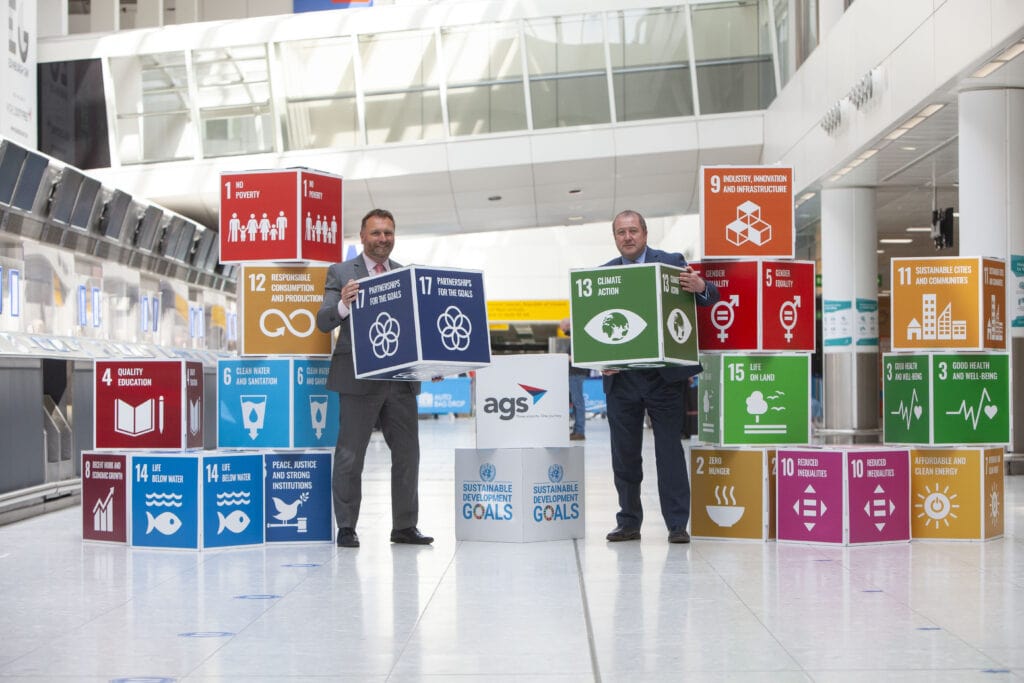 Playing our part at Aberdeen

Aberdeen International Airport has been carbon neutral since 2020 for the emissions under our direct control and we aim to achieve net zero for our direct emissions by mid 2030s.

Our electricity is purchased from 100 per cent renewable sources and we divert 100 per cent of our waste from landfill. Together with our retail and catering partners, we are working towards eliminating single-use plastic from the terminal. To achieve this, we have installed water refill stations to allow passengers to fill up their own water bottles, all of our catering outlets have removed plastic straws from circulation and are offering sustainable alternatives and in 2019 AGS was the first UK airport group to introduce biodegradable security bags which allowed us to remove more than two million single-use plastic bags across the group.

There’s enough food produced to end global hunger, but according to a study by the sustainable charity Waste and Resources Action Programme (WRAP) at least one-third (1.3 billion tonnes of food thrown away) of this food goes to waste.

For this reason, we are taking concrete steps to reduce food waste. During the pandemic, we donated excess food items that were still consumable to a local homeless charity, the Aberdeen Cyrenians, which supports thousands of the most vulnerable people in society. Food waste from our catering outlets is collected and turned into biogas and fertiliser. The biogas is then converted into electricity to power homes and the fertiliser is used by local farms to help grow next year’s crops. Any waste that cannot be recycled will go to Refuse Derived Fuel (RDF) which is used in a variety of ways including to produce electricity.

These are all important first steps, however, it’s true an airport has a wider impact over and above direct emissions. That is why we are committed to working with the wider aviation industry to support our sector achieve net zero carbon emissions (Scopes 1 to 3) by 2045, which is aligned with the Scottish Government’s own net zero target. 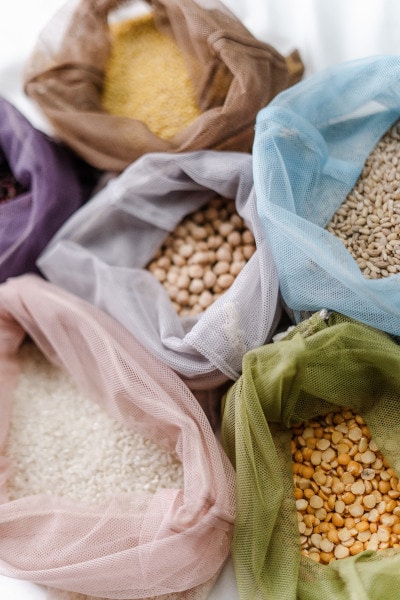 In truth, it is most likely a mixture of all three of these amazing technologies and you might be surprised to find out work has already begun.

In October 2022, Aberdeen International Airport welcomed its first commercial delivery of sustainable aviation fuel. The SAF was delivered by Air bp and will be blended with traditional jet fuel for Bristow flights to bp’s North Sea offshore operations in the UK Continental Shelf (UKCS).

Bp is the first North Sea operator to voluntarily commit to an ongoing supply of SAF for its North Sea flights, helping to decarbonise the transport to its offshore operations.

It is recognised globally that SAF will play a major role in making jet zero aviation a reality and SAF has the potential to significantly reduce UK aviation emissions.

There is a real opportunity with this initiative to help drive a domestic SAF industry here in the UK and in doing so, supporting the decarbonisation of the oil and gas sector transport.

Produced from sustainable feedstocks such as used cooking oil, SAF delivers up to 80% fewer lifecycle carbon emissions than the traditional jet fuel it replaces. It is designed as a ‘drop-in’ fuel, safe to use in existing aircraft and airport infrastructure.

Aberdeen, through AGS Airports has also signed a deal with ZeroAvia, the leader in developing zero-emission solutions for commercial aviation. This will explore the development of hydrogen fuel infrastructure, regulatory framework requirements and resourcing required for delivering zero-emission flights from Aberdeen and its sister airport Glasgow. 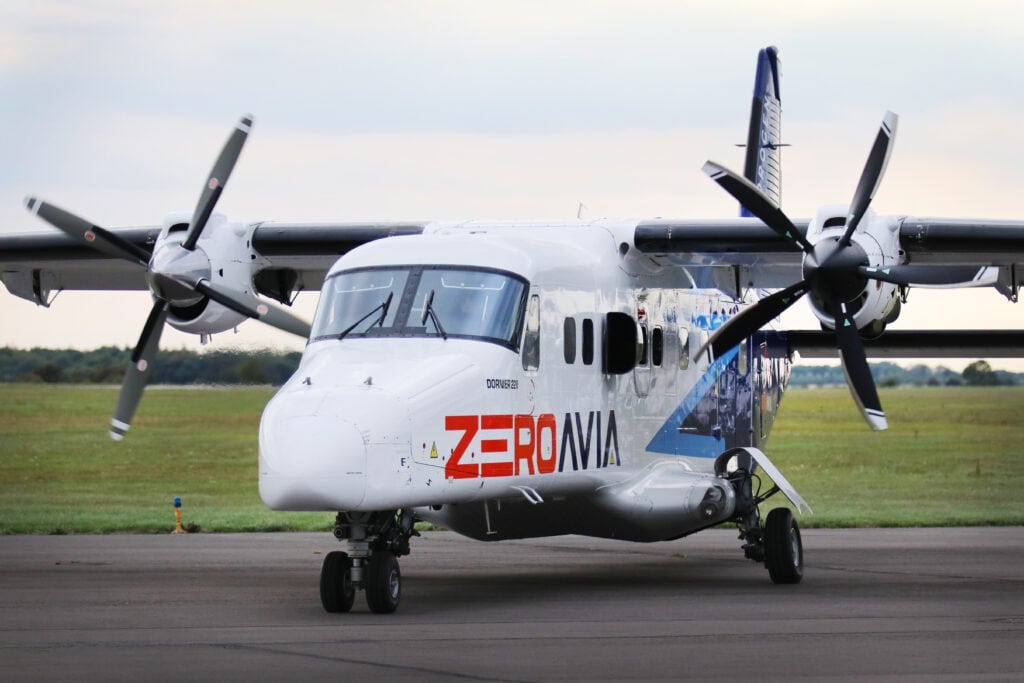 Working closely with ZeroAvia’s specialist airport infrastructure team the plan is to assess the opportunities for hydrogen production onsite, as well as exploring potential commercial routes.

Switching some routes to aircraft powered by ZeroAvia’s hydrogen-electric powertrain will help AGS Airports to significantly reduce Scope 3 carbon emissions from aircraft and reduce noise and air quality impacts locally. At the same time, AGS will explore how hydrogen can be used to remove emissions across ground operations, further extending the impact.

Zero-emission route flights will better connect Scotland’s major cities to remote areas in the highlands and islands, but also to other parts of the UK within the next few years. Given the reduced operating costs and lower noise profile offered by hydrogen-electric engines, operating more flights becomes attractive and can thus boost regional economic growth. Aircraft relevant to ZeroAvia’s first commercial offering (ZA600) already operate from Glasgow, and there is a potential to expand zero-emission flights across the AGS group to Aberdeen and Southampton.

The ZA600 is designed to power 9-19 seat aircraft up to 300 nautical miles and will soon be flight tested for the first time in a 19-seat Dornier 228. ZeroAvia’s mission is to deliver hydrogen-electric engines into every aircraft, having identified the technology as the most practical, economical, and furthest reaching solution for reducing aviation’s climate change and clean air impacts. Hydrogen-electric engines use hydrogen in fuel cells to generate electricity, which is then used to power electric motors to turn the aircraft’s propellers, with the only byproduct being water.

Working towards a more sustainable future

The ongoing commitment to embedding sustainability at the core of the business has been recognised by the leading global sustainability organisation, Global Real Estate Sustainability Benchmark (GRESB). GRESB provides standardised and validated Environmental, Social and Governance (ESG) data to the capital markets. Each year, GRESB assesses and benchmarks the ESG performance of real assets worldwide. Aberdeen was ranked fifth in the UK in the 2022 ESG benchmark,  seventh in the EU and 12th in the global panel.

At Aberdeen, we have long recognised that operating such important pieces of infrastructure comes with responsibilities, to our people, to the communities we serve and to the environment. Our purpose is “to make national and international connections that benefit our regions, helping people to prosper.” 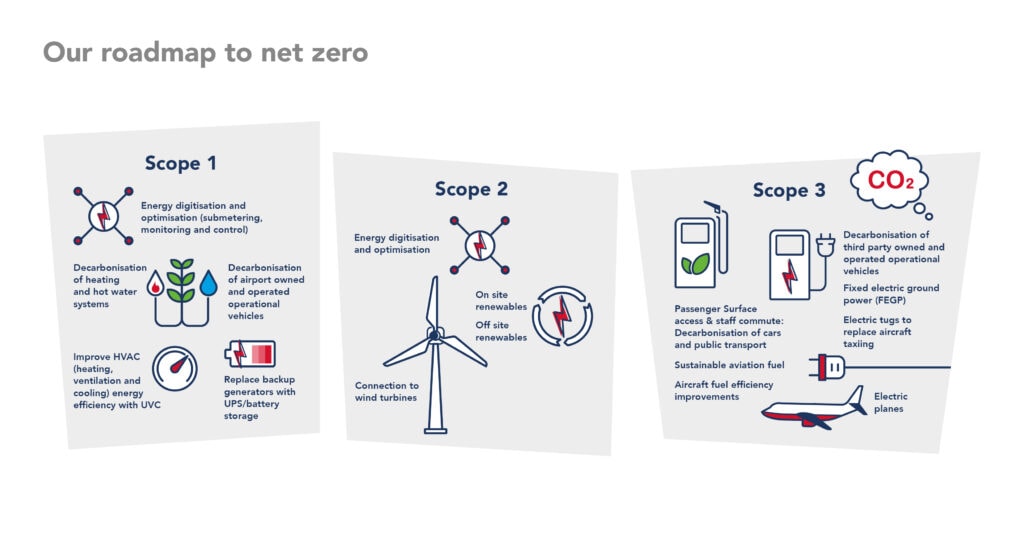 Using the SDGs, we have identified key priorities which have been grouped into the three pillars of environmental, social and economic impacts, referred to as the “triple bottom line” by the Global Reporting Initiative (GRI), the international institution that sets global sustainability reporting.

Aviation is one of the most global industries, connecting people, cultures and businesses. With the support of government, it can also help address the most pressing global challenge of our time – climate change.

In the next blog, we’ll share more details of an innovative project looking at how drones could help the NHS in Scotland.