Drones: from entertainment to healthcare

Nowadays, talk of drones is everywhere: What might have begun as a hobby for that one slightly nutty friend of yours for their personal amusement has become an industry. As new niches are discovered in other fields, these flying wonders are benefiting us in different ways; from wedding videos to music videos, from construction site exploration to warzone reconnaissance, these curious remote-controlled critters find different ways to fill the skies. Today, we focus on their importance in medical use.

You might be forgiven for wondering how drones could help in medicine, but the truth is that they are still largely currently intended for transport purposes, simply with a medical spin:

The Medical Drones Market is predicted to cross US$3.06 billion by the end of 2032 and no small part of that will be in military deployment:

Recently, in an internationally cooperative military exercise named Project Crimson, US military fixed-wing drones (looking more like planes than the quadcopter drones that you might be more familiar with) were tested to their limit, with medical packages of up to 22 pounds (or about ten kilograms) being air-dropped at the locations of “injured” soldiers for up to 18 hours in the field. 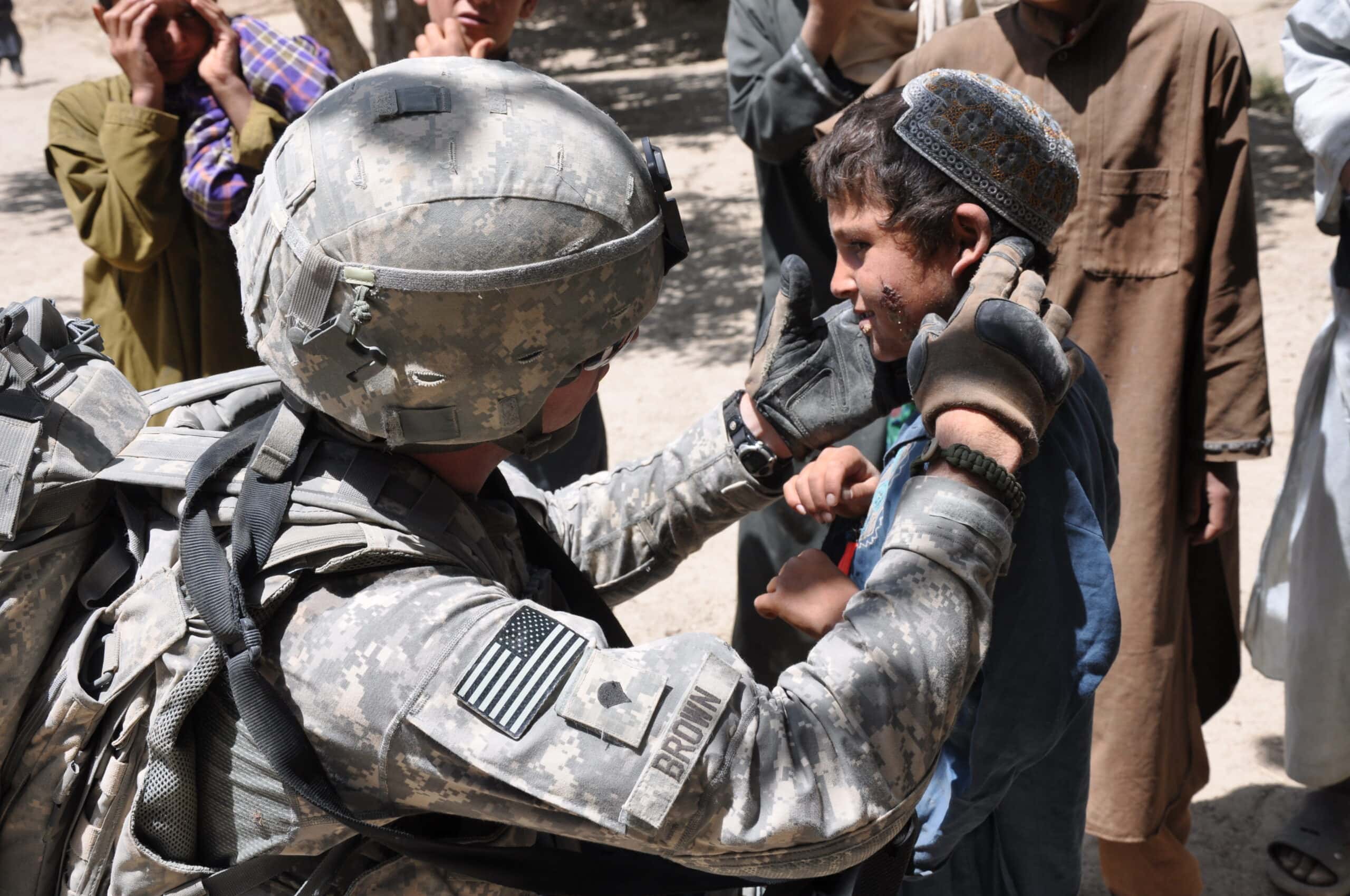 Packs of simulated blood were used to mimic the weight and viscosity that would be experienced by the drones in a real-life combat situation.

Similar tests cited in the Journal of Special Operations Medicine, highlighted the efficiency of the use of drones that could drop emergency medical supplies over rough terrain in less than half an hour; the same distance would take people on foot over five hours to deliver. In life-threatening situations, every minute counts.

While the following is not mutually exclusive from the military, it has plenty of civil applications as well: 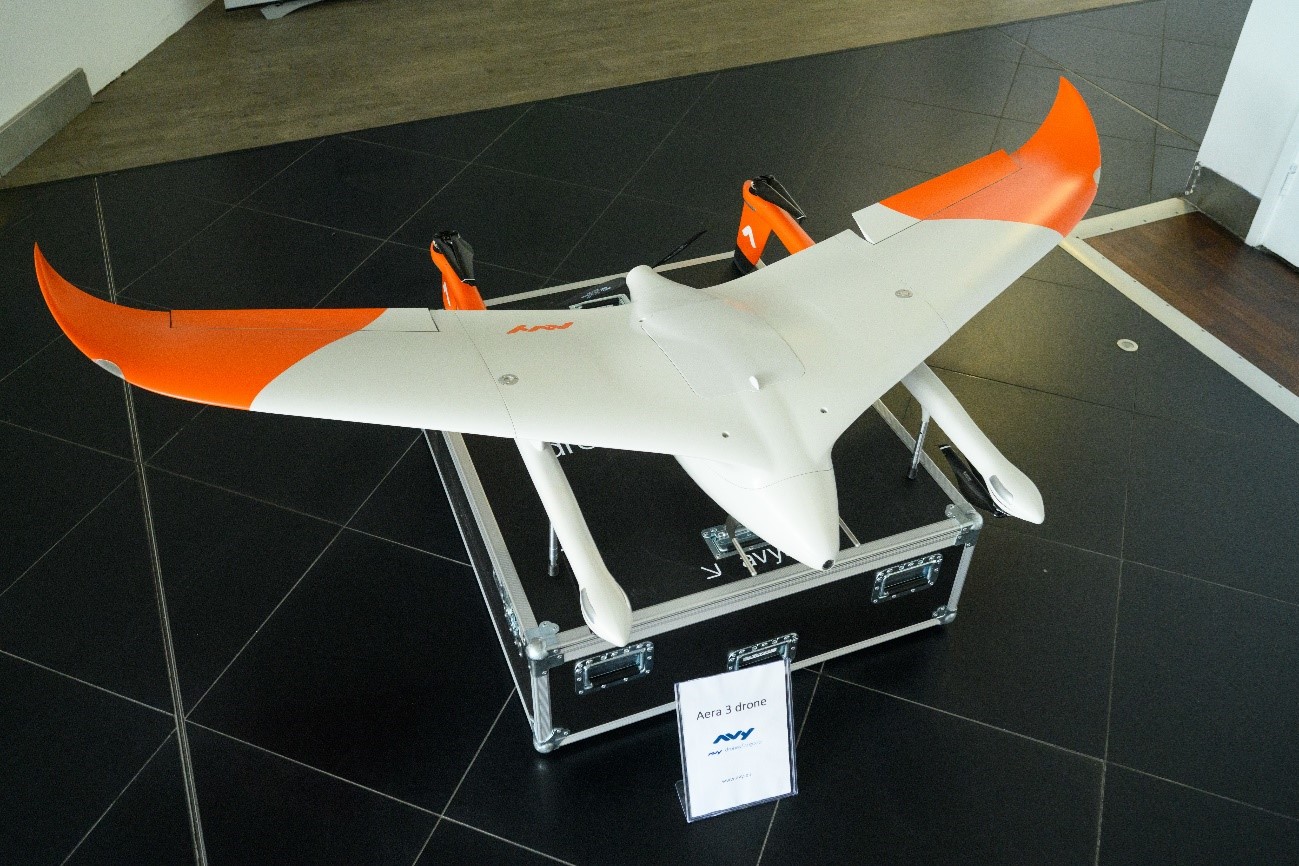 If you think of something like a mountain rescue scenario where a victim has become injured and in addition has been suffering from exposure to the elements for hours or even days, air transport is usually the go-to means of extraction. The speed and the lack of restrictions when it comes to terrain are superlative; the disadvantage of course is the cost.

Keeping large objects in the air requires a lot of energy, therefore a lot of fuel, hence great costs (not to mention the time of the pilot – a well-paid job, usually). A drone can, theoretically for the moment, be used to spot an accident long before the helicopter arrives at the scene, identify the number of victims and identify the extent of the damage before emergency services arrive. What could have been a time-consuming search for one helicopter pilot is now the domain of one or more, much cheaper, drones.

That’s not all. An example of an already in-use emergency, medical application of drones is the Karolinska Institute in Sweden. They had a drone fly a defibrillator out from a fire station in rural areas of Stockhölm County. With a range of ten kilometres, they reduced the arrival time from 22 minutes by ambulance to 5 minutes and 21 seconds. Provided instructions could be relayed to an able-bodied person on-site (and who doesn’t have a phone these days?), this could drastically reduce fatalities and long-term damage from things like heart attacks. 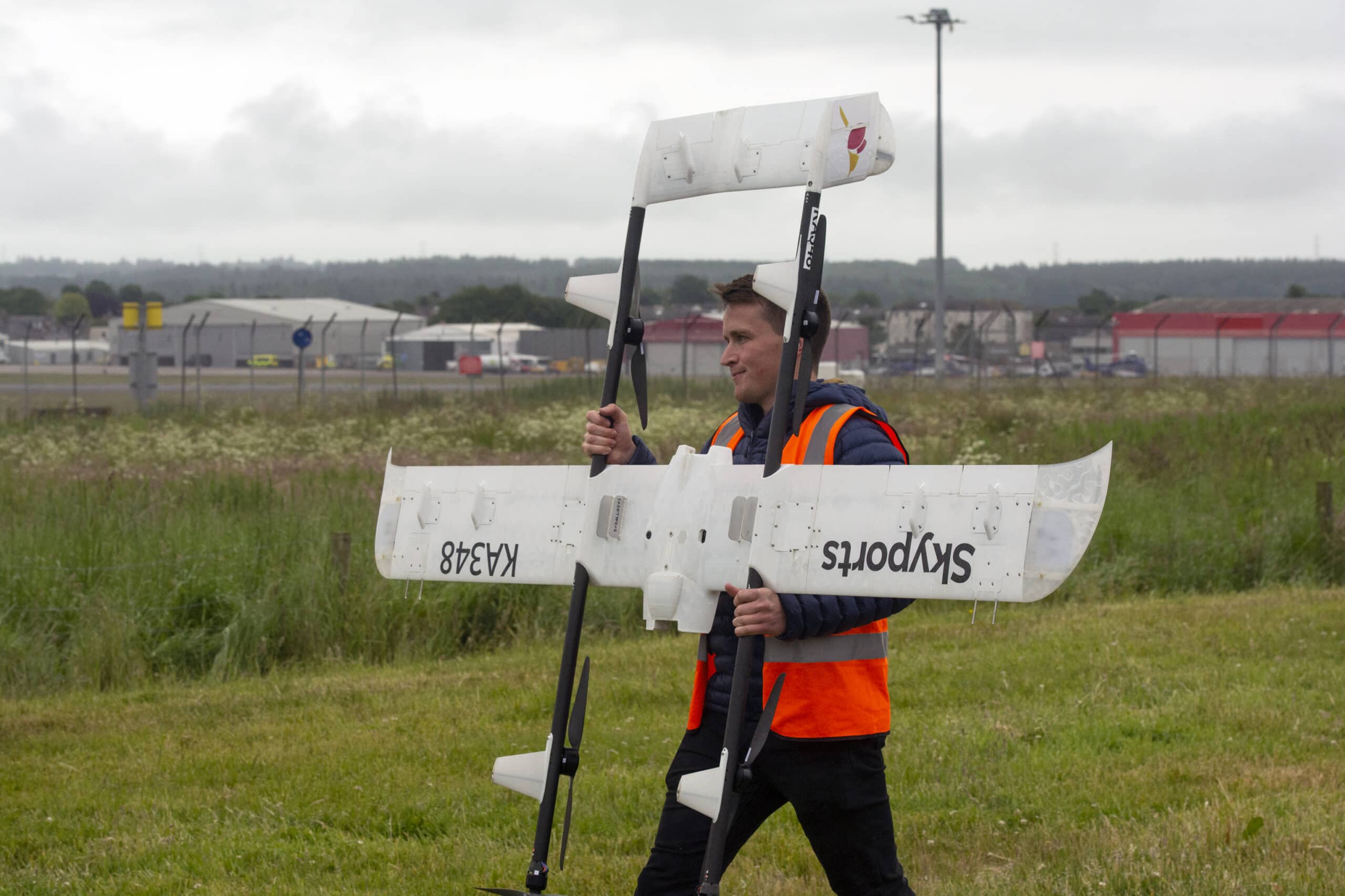 Other possibilities are sea rescue, identifying victims of drowning in advance and dropping buoyancy aids to them; assessing the damage to an area or building before allowing first responders to enter; even building bridges that are capable of supporting human weight is not outside of the scope of these tiny machines, as student at ETH Zurich University’s Institute for Dynamic Systems and Control and Gramazio Kohler Research have demonstrated in laboratory settings. 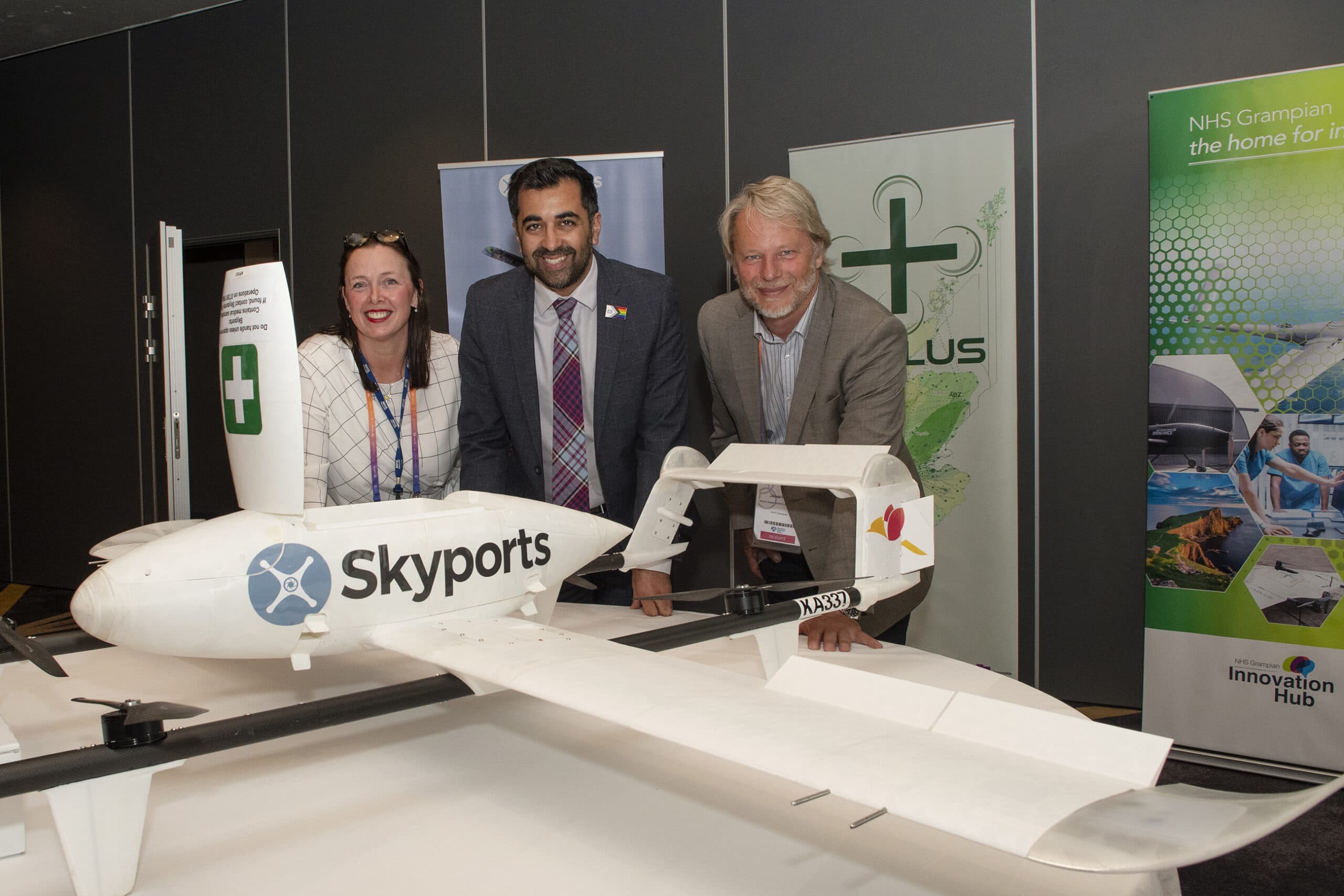 All this is no small feat however, as infrastructure (i.e. charging stations) needs to be in place to allow the drones to do the important work of shipping medicines, blood, equipment and organs from place to place.

Our final stop is the Care & Equity – Healthcare Logistics UAS Scotland Project (known more commonly as CAELUS, after the Ancient Roman Titan of the Sky) who are leading the way in developing both the aforesaid drones and infrastructure.

AGS (Aberdeen, Glasgow and Southampton) Airports is leading the project, but brings 15 additional partners together, with a wealth of knowledge and experience across a number of industries. Among the big names are NHS Scotland, the University of Strathclyde, and NATS (or the Neural Autonomic Transport System) – the UK’s leading provider of air traffic control services.

The project won the Excellence in Technology and Innovation Award at the Scottish Transport Awards back in September (2022) for designing drone landing stations for Scottish NHS sites.  They have even made a digital twin (or a virtual model for the uninitiated among us) of the proposed logistical network which will connect “hospitals, pathology laboratories, distribution centres and GP surgeries across Scotland”, according to Aberdeen Airport.

Fiona Smith, AGS Airports Group Head of Aerodrome Strategy and CAELUS Project Director, at the reception of the award said “[a] drones network … can reduce waiting times for test results and, more importantly… can provide equity of care between urban and remote rural communities.” It is this flexibility for the urban and rural settings that make medical drones so important for the future. Historically, access to the best services for anything usually involved bias towards a higher population density. But with autonomous drones, rural areas can hope for better services. 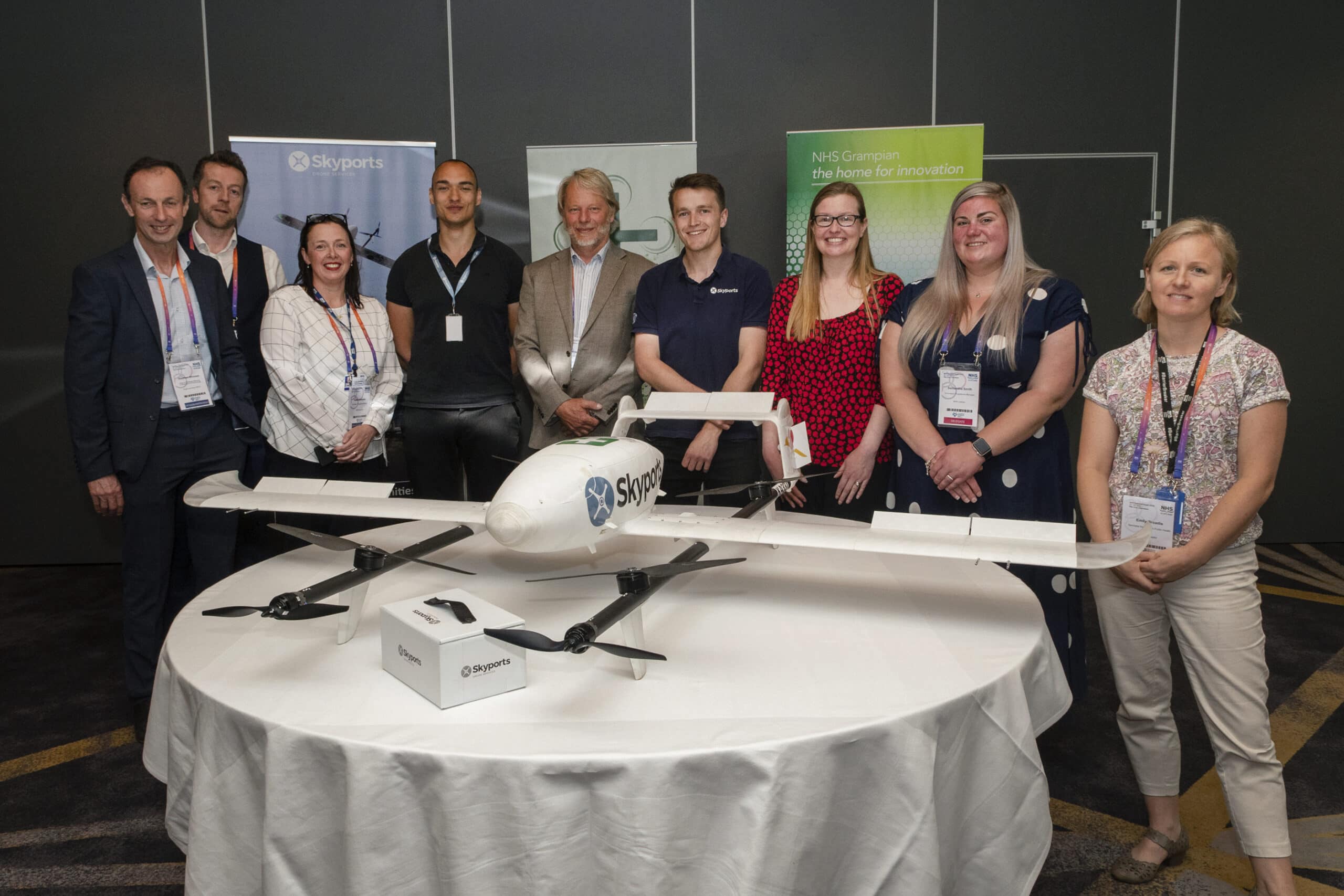 Phase Two for CAELUS involves running more real-world flights and building prototype landing bases for the drones. NHS Grampian’s Program Lead for Innovation, Hazel Dempsey, has also said that “[t]his has the potential to improve services for those whose care is dependent on rail, ferry or airline timetables” and can “help keep people at home where they can be supported by families and loved ones.” Anyone who has spent an extended period of time in hospital can see the sense in this: Covid-19 demonstrated the importance of isolation of infectious diseases, and in his 2016 book I Contain Multitudes, Ed Yong highlighted that 1 out 10 to 1 out of 20 people admitted to hospital LEAVE with a new infection. In a warming, more claustrophobic world, where diseases are more and more likely to jump between species, methods for treating people in isolation will become ever more necessary.

Medical drones undoubtedly have a place in our future, whether they be assisting in modern warfare, helping look for the missing in the mountains, or merely moving medical samples.