Roman ruins, medieval structures, and even mammoth remains. The secrets hidden underground sometimes lead to construction projects that shape our present and our future coming to a halt or even being suspended.

Some of these discoveries are so unexpected that they upend what we know about our past. This is what happened this summer at the La Torre-La Janera estate in Malaga: the archaeological prospection needed to convert the land into an avocado field led to the unearthing of one of the largest megalithic concentrations in all of Europe.

The find has amazed historians and archaeologists: under what was at first glance just another farm were more than 500 menhirs, several groups of dolmens, and even two large cromlechs. The concentration of megaliths reveals the archaeological importance of the area, and it has rekindled curiosity about how our ancestors lived, organized themselves, and did construction several thousand years ago.

A journey back in time

The research done at the Malaga estate reveals that the megalithic remains were built between the 5th and 2nd centuries BC. This means that the site’s oldest structures date back to the Neolithic, a time of changes that disrupted day-to-day life for societies: over several centuries, human groups were settling down, developing tools, changing their diet, and expanding trade. All these changes were also reflected in construction’s evolution.

Megalithic structures (a term that comes from the Greek mega, which means big, and lithos meaning stone) have been found in different regions around the world. In Western Europe, most examples are found in southern England, Brittany, Portugal, and western Spain, as is the case with the Torre-La Janera site. 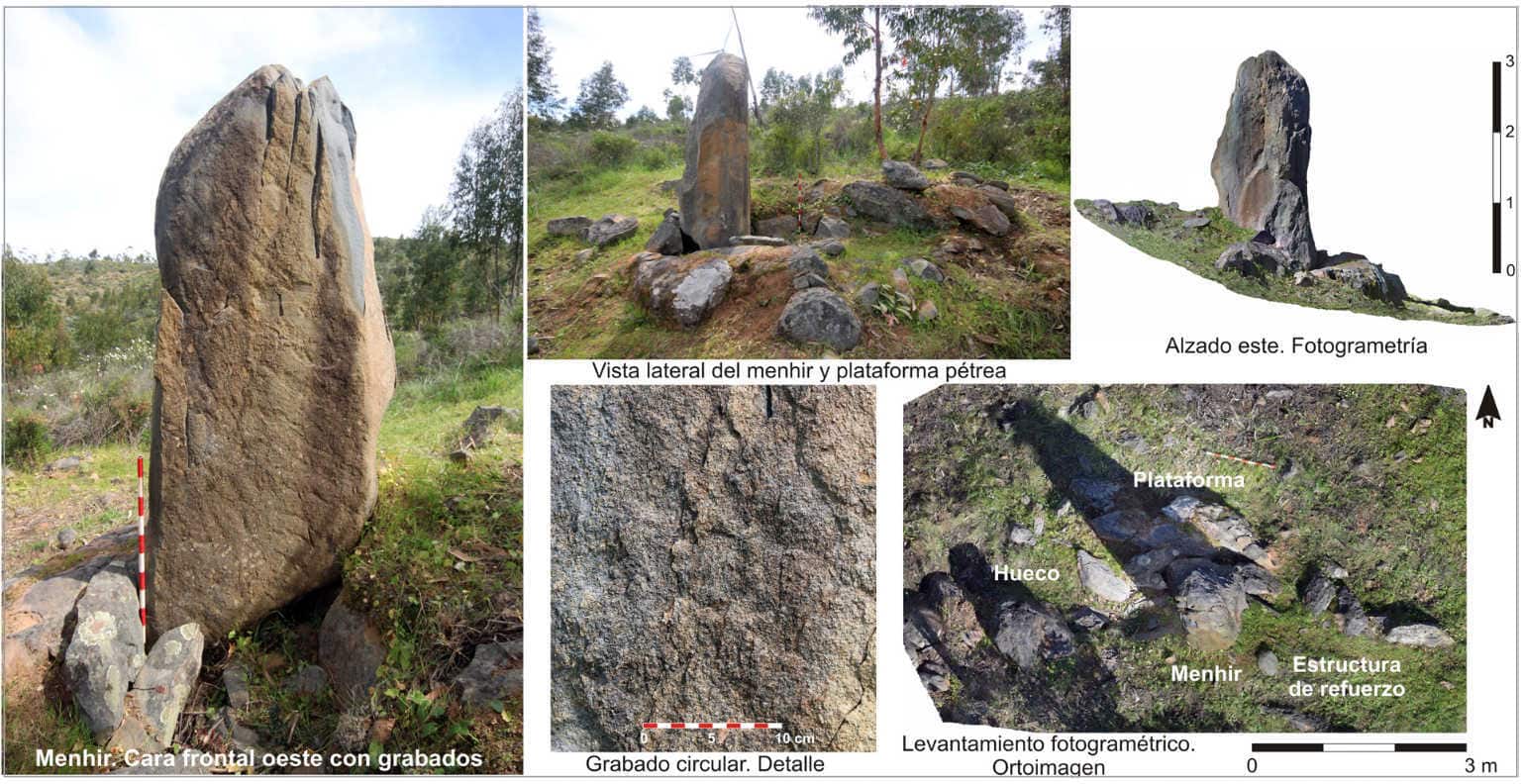 Menhirs, engravings, and other structures at the Torre-La Janera site. CSIC.

This journey back in time takes us to a period when the banks of the Guadiana River, where this site is located, were very different from today. As indicated by CSIC workers in the study published in ‘Prehistoric Works’, the La Torre-La Janera estate is currently 15 kilometers from the coast. However, 7000 years ago, the sea level was higher than today, and the mouth of the Guadiana formed a large estuary and a delta.

With the passage of time, changes in the climate altered the landscape as the area’s populations also transformed it with their megalithic structures. The menhirs, dolmens, and cromlechs at the site were erected (and used) for at least three centuries; during that time, the Neolithic gave way to the beginning of the Bronze Age, and construction techniques were evolving.

In the Neolithic, with the creation of what we can consider the first architectural works, there was a dichotomy between structures made for living and those destined for funerary and ritual purposes. The La Torre-La Janera site is no exception: the researchers think that the remains could have been used to mark off spaces and territories; observe astronomical events (and thus control the passage of time and harvests); serve as ritual spots; and above all, house tombs.

The construction process for these megaliths started in the quarries, where large stone blocks were extracted and later moved by sliding them on logs and pulling ropes to the area chosen for their location. The interlocking technique was used there; this consisted of dropping the blocks into a hole that was already dug.

Then, their position was adjusted by pulling on ropes until they were completely upright, and the hole was filled in so that they would be stable. For the menhirs, the most basic example of a megalithic monument, the process ended there. 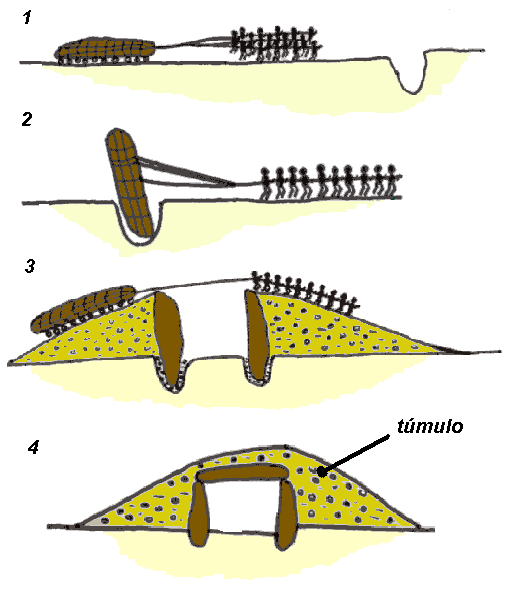 Building the dolmens (vertical slabs like walls and horizontal ones as a roof) was more complex. The ground had to be prepared in the area they were to be erected: normally, this was done by raising embankments on both sides of the vertical slabs to place the horizontal block on top.

Some Neolithic dolmens were left uncovered, while others were completely buried to form tumuli. All this was done only with the strength of the workers, logs, ropes, and the weight of the huge stones themselves. The structures, which are still standing today, were balanced on each other without any kind of binding agent.

A past to be unearthed

Two cromlechs, stone circles like the one at Stonehenge, have also been found at the Malaga site. It is believed that these, like the other megalithic monuments, had a funeral or ritual purpose. However, we should also point out that they could be related to astronomical observation. 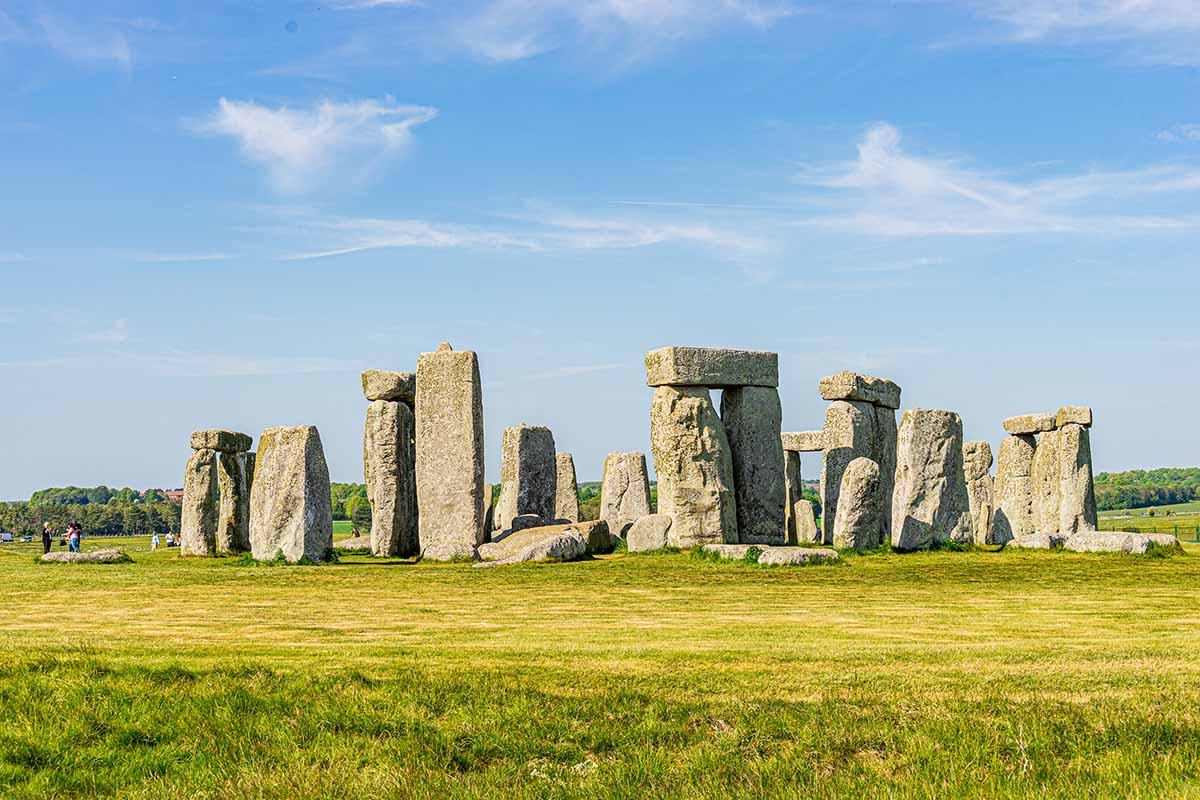 The hope is that studying the two cromlechs found in Malaga, along with the rest of the site, can shed more light on what we know about these structures from the past, as well as the importance they had in the evolution of our own history. The first analyses have already confirmed that this is one of the largest sites in Europe. Still, we can’t rule out that future excavations will offer us another even more important one.