Mystery or ingenuity: How were the pyramids built?

Cranes, excavators, foundations… Nowadays, all these terms quickly come to mind when we hear about construction or infrastructure that’s being built. But construction has come a long way over the years. In fact, we now have great advances that could only be dreamed up in the movies years ago.

But the world of construction has not always had as many resources as it does today. More than 4,000 years ago, ancient civilizations like Egypt built monuments that, to this day, are of incalculable value. They capture the imaginations of the more than 10 million tourists who visit them every year.

What exactly is a pyramid?

The pyramids of Egypt are made of masonry. They are considered one of the greatest milestones in the history of the ancient world. They were built with limestone and are the oldest buildings still standing. These pyramids were built as tombs for the pharaohs and their queens, and there are more than 100 of these structures scattered throughout the country. 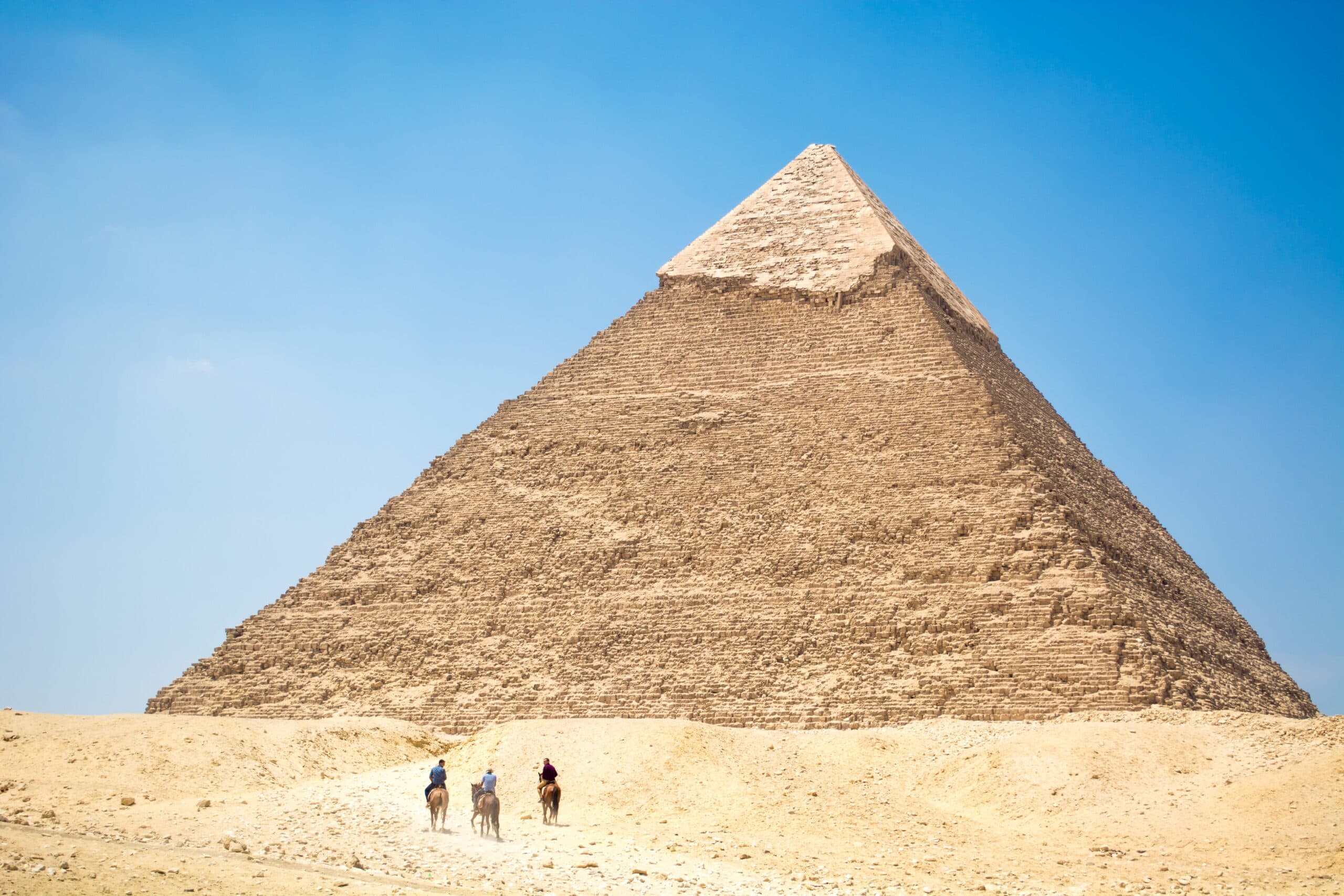 Who built the pyramids?

Nowadays, everyone knows exactly what the pyramids were and more or less what they were built for. But there are still many mysteries surrounding these incredible historical monuments. Many theories – some more accurate and others more fanciful – have cloaked the story of how and who built them in mystery. Ideas range from aliens to explanations linked to biblical stories, systems that made the stones levitate, and even a possible link with Atlantis. The history of the pyramids has gone through all sorts of speculations.

It’s not hard to see why there’s so much speculation, considering how difficult it is for us to think that civilizations much older than we are could do such a great feat of engineering with means less advanced than ours today. It’s natural for us to look for supernatural explanations for infrastructure that actually seems to be created solely by the ingenious minds of the Egyptians of the time.

What are the most famous pyramids?

The oldest pyramid is the Pyramid of Djoser, designed by the architect Imhotep as a tomb for Pharaoh Djoser. It was built in Memphis between 2630 and 2611 BC, and it is located in the Saqqara necropolis.

Imhotep devised this new tomb for pharaohs based on the existing ones (known as mastabas), superimposing several of these from larger to smaller to create a stepped pyramidal shape. The Pyramid of Djoser stands at 60 meters tall with six overlapping mastabas. The body was built out of siliceous limestone and mortar, and the outside was covered with fine limestone.

This pyramid was a cultural revolution in its day and was followed by many others with smooth faces. The best-known pyramids include the pyramid of Sneferu, the red pyramid, and the pyramids of Cheops, Khafre and Menkaurede in Giza.

The best known is likely the Great Pyramid of Giza, which is also the only one of the seven wonders of the world that still exists. It was built by Pharaoh Khufu around 2750 BC, according to experts, though some suggest it could have been built much earlier and adapted by Khufu. It is thought to be the largest pyramid, and its construction is estimated to have lasted between 10 to 20 years. Near this pyramid, there are three smaller ones believed to have been intended for his wives. 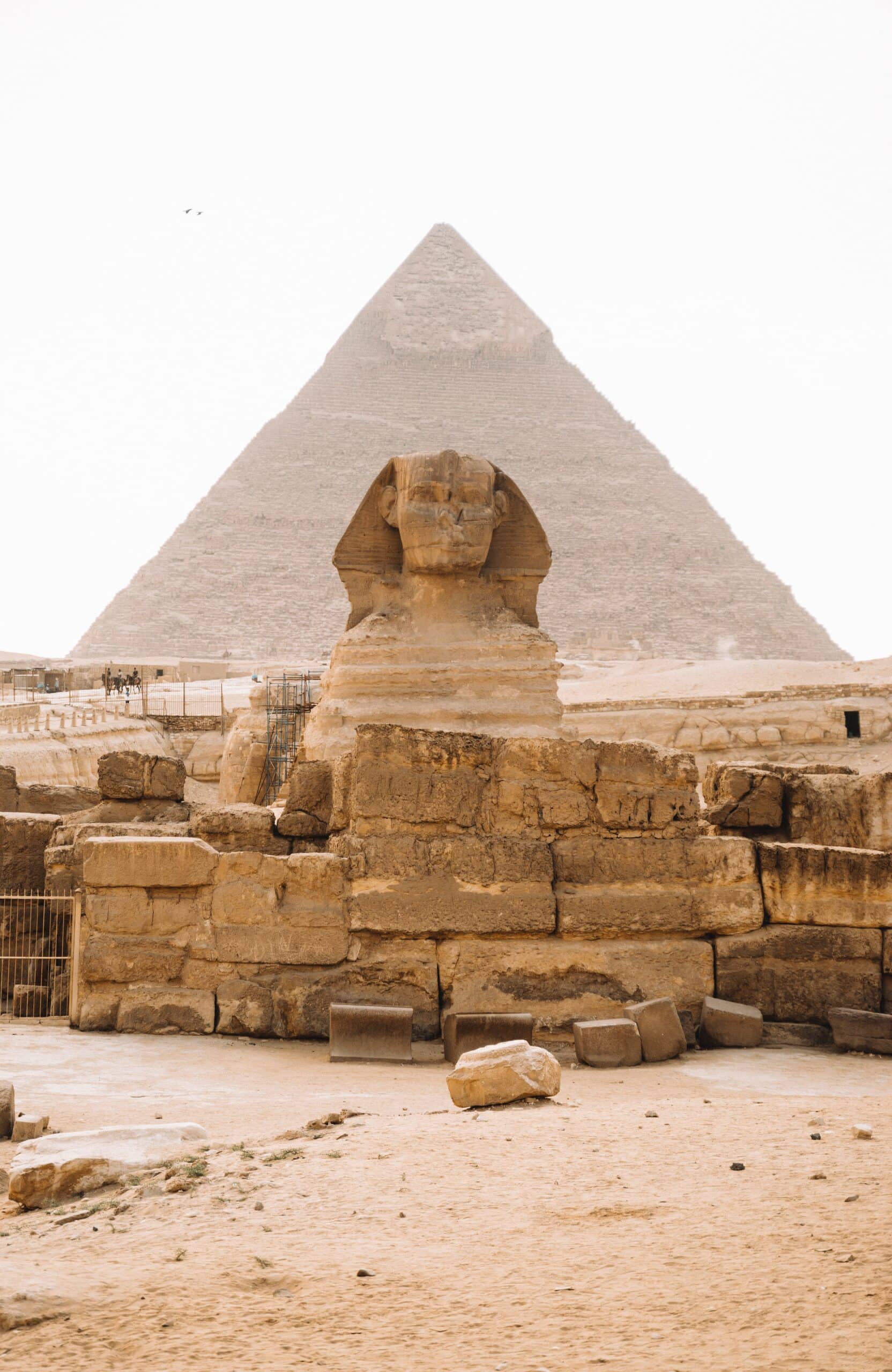 But how were the pyramids built?

Historically, it was believed that the construction of these monuments involved a lot of slave labor to move the large limestone blocks. In recent studies, archaeologist Mark Lehner and Egyptian antiquities secretary general Zahi Hawass claimed that, contrary to what was initially believed, the pyramids were not built by slaves but by free, socially respected artisans.

Recently, these experts accidentally found the graves of some of the builders; with the human remains and some other details, they came to the conclusion that these workers were actually very well fed, medically cared for, and had notable possessions.

But leaving this theory aside, if one thing is clear about the construction of the pyramids, it is that it was done with significant effort and ingenuity. Some of the items used in their construction were copper saws, pendulum squares to take measurements; copper chisels with arsenic; water channeling system to study the base level; and many other elements.

But there is one question that remains a mystery: how were the large blocks of stones and statues that could weigh up to several tons moved through the desert?

Recently, physicists from the University of Amsterdam and the FOM (Foundation for Fundamental Research on Matter) have been studying this question in depth and believe they have discovered how great ingenuity and a very simple trick were used to move these large blocks. They claim that the Egyptians dampened the sand with just the right amount of water to ensure a certain consistency, which would then let them slide the wooden sled easily.

In the lab, they created a version of the Egyptian sled and moved it over a sandy surface. This way, they saw that the force needed to move the sled decreased proportionally as the firmness of the wet sand increased. The scientific explanation is that, by adding water to the sand, they created what are known as “capillary bridges” – a few small drops of water that connect grains of sand to each other. This may sound highly complex, but imagine for a moment how you can build sand castles to make them more solid and resilient. Well, the explanation these two scientists proposed has the same scientific basis: with the right amount of water, the sand becomes twice as firm, making a castle more resistant or allowing a heavy sled to slide easily on the sand.

In addition, they have even found visual evidence that would support their theory. According to researchers, one of the walls of Djehutihotep’s tomb shows a person moistening the sand in front of the sled with water.

In addition to being quite interesting for shedding light on the history of Egypt, this find could also have useful applications today. Researchers believe it can even help improve current transportation systems.