Bridges and tunnels age and get sick too, and maintenance is the only helpful medicine

Lucius Fabricius lived just before the start of our era. This Roman politician ordered the construction of the Ponte dei Quattro Capi in the year 62 B.C. We have previously discussed this thousand-year-old bridge, which is still standing. But Lucius was important in Rome for something less known than his famous bridge across the Tiber: he was curator viarum. A magistrate in charge of land connections. That is, what would today be a secretary of public works.

It was on the curator viarum that control of the construction and maintenance of works that connected the capital with the Empire’s outskirts depended. They were at the top of a pyramid of construction workers and specialists. We owe it to them that many of these works have remained standing to our time. And the importance of infrastructure maintenance was learned from the vestiges of their work, as well.

The bridges and Roman roads that are still standing were marked by for their robustness (the bridges were made by trial-and-error, and those that endured upright are those that remain today). Much of their infrastructure is not only still standing, but it is also still used. In fact, Fabricius’s bridge is still used (even though motor vehicles do not cross it). But the fact that they are well-made does not mean that they have not needed repairs or maintenance throughout the centuries.

This is how bridges are healed

In the middle of August, not too far from Rome, another much more modern viaduct came crashing down. The collapse of the Morandi bridge in Genoa during a heavy storm left more than 40 dead. The incident is still being investigated, but among the possible causes is the lack of maintenance. And the fact is that bridges and tunnels, new or old, suffer from illnesses. And there is only one helpful medicine. 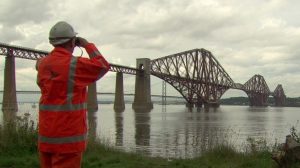 “Bridges require periodic inspections to make sure that there are no defects that could result in larger problems,” explains Carlos J. Bajo Pavía, Head of Bridges & Civil Structures Area at Ferrovial Agroman. “They could be called periodic medical checkups, which fundamentally start with visual inspections to check the status of each one of the components.”

These checks first focus on aspects such as the condition of the supports and the joints, the so-called equipment parts, that experience more wear and have the shortest service life of all the parts that make up a bridge. On the other hand, the materials are checked, that is, the surface condition of the concrete, the condition of the paint, or the presence of rust stains.

Once the inspection is complete, the damages found can be repaired, should they not be too important. If not, they proceed with restoring the structure or even replacing some of the parts. According to the document ‘Bridge Preservation Guide,’ published in 2018 by the US Department of Transportation, these actions range from replacing joints or cleaning the drainage system to repairing the materials of the bridge deck.

“Bridge maintenance is an aspect that the owner is responsible for, and periodic inspection plans must be made to evaluate their condition,” adds Bajo Pavía. There are no specific regulations, but administration (normally, the construction work’s recipient) usually demand a document/manual in which the infrastructure’s maintenance guide is specified.

According to the US Department’s guide, this plan must specify the actions to be performed for each part and their frequencies, the estimated lifespans for the structure and its maintenance, the measures to ensure the maintenance plan’s success, the mechanisms for control and evaluation, and an estimate of the costs. 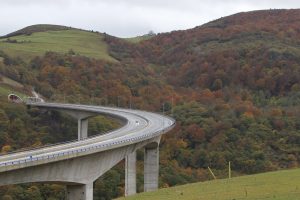 “Tunnels age like people do, and that, unfortunately, merely depends on time. That is why you will see the concepts of conservation, maintenance, repairs, or restoration applied more and more frequently to tunnels,” indicates Juan Carlos Guerra Torralbo, project leader in the field of geotechnics at Ferrovial Agroman with considerable experience in underground construction. “There is still a long way to go in the conservation and maintenance of tunnels. It is still a pending issue even in the 21st century”.

Just as with bridges, no specific regulations exist, but there is a series of guidelines. In Spain, for example, the Grupo de Trabajo WG-6 (Work Group WG-6) of AETOS (Spanish Association of Tunnels and Underground Construction) just finished creating a technical guide for Maintenance and Repairs of Underground Construction, which the Ferrovial Agroman engineer helped write. There are also international and European recommendations, such as those prepared by the World Road Association-PIARC.

The maintenance tasks for a tunnel must ensure that it will remain in an optimal state with low risk for users as well as for the infrastructure itself. In agreement with Juan Carlos Guerra Torralbo, there are three main categories of maintenance procedures for underground construction projects. 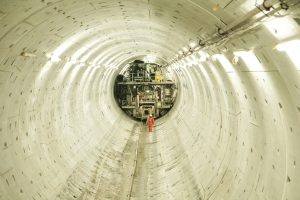 “It must be taken into account that it is always easier to prevent potential damage, present and future, than it is to repair it in the long run, adequately scheduling needed operations in the most efficient and precise way,” concludes Juan Carlos Guerra Torralbo.

Almost like a human being, infrastructure is not free from the passing of time. Bridges and tunnels suffer wear and get sick. Good prevention forestalls bigger problems, and, who knows, maybe it will keep these structures standing for millennia and surprise the humans of the future, as we are surprised today by the bridges and tunnels of Antiquity.