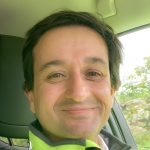 I have a degree in Civil Engineering from the University of Beira Interior, Portugal, and a degree in Project Management from the University of the Andes, Colombia. My professional career began in 2000 with a partnership at the Silesian University of Technology in Gliwice, Poland. From 2001 to 2009, I worked at a Portuguese construction company specializing in roads, hydropower, and environmental issues. In 2006, I was named construction manager of the Fez-Taza Motorway in Morocco, and in 2009, I joined Cintra as site manager for the Euroscut Azores highway and later as construction manager. Years later, I started working on the Ruta del Cacao, first in the Business Development Unit and then as CEO of the highway until 2019. Since then, I've been CEO of Euroscut Azores. In my off-time, I love photography, scuba diving, and classic motorcycles like the Triumph Bonneville T100, which I've taken on long trips through Colombia. 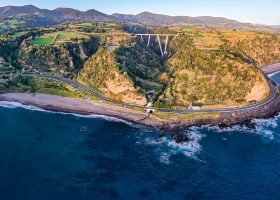